The Fair Work Ombudsman is investigating claims that backpackers have been exploited on Australian farms while working as fruit-pickers. 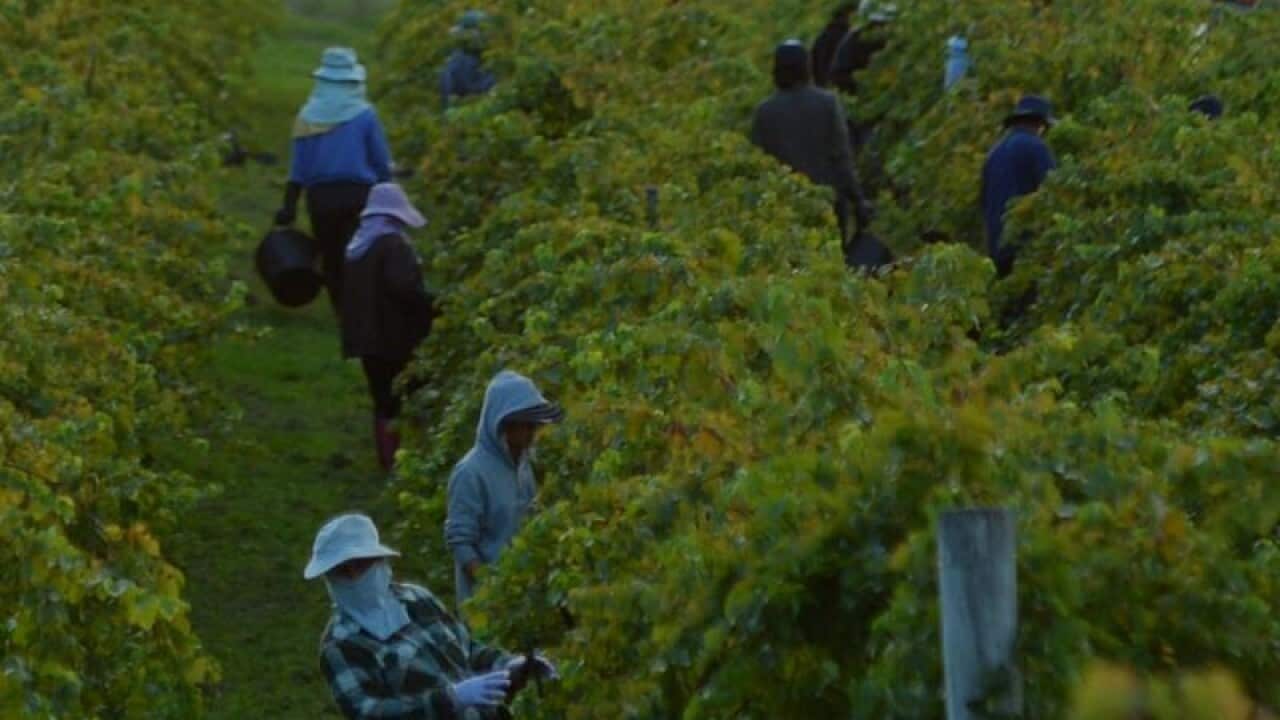 Migrant worker exploitation on farms is all too familiar for Australia's workplace watchdog.

An ABC investigation this week detailed shocking underpayment and sexual harassment of backpackers employed through recruitment companies to pick fruit.

Advertisement
"That ABC story is one unfortunately very, very familiar to the Fair Work Ombudsman," he told a parliamentary inquiry on Thursday.

"It's one we have encountered in the field for well over a decade. It's one of the reasons why horticulture is a priority for the Fair Work Ombudsman."

Mr Ronson said he was confident at least one person had been identified through the investigation.

According to the ABC, one backpacker was paid as little as $2.50 an hour picking strawberries on a piece rate in Queensland.

Agriculture Minister David Littleproud on Wednesday claimed strawberry pickers could earn up to $3800 a week.

That was based on an employer telling News Corp they paid that amount to one employee who worked six 10-hour shifts.

Deputy Ombudsman Kristen Hannah said reports of exploitation were concerning but didn't give a full picture of the ombudsman's work across the horticulture sector.

She said compliance activity and education for migrant workers had increased over the past 18 months.

During peak harvesting in February 2019, almost one in five agriculture workers was casual or on a contract.

Of those, 45 per cent were overseas workers on a visa including the working holiday maker and seasonal worker programs.

That amounts to 69,000 workers, with the figure falling to 47,000 in June when labour demand reached its low point for the year.

The Morrison government is considering giving incentives to Australians to fill farm jobs while international borders are closed.

READ MORE
Despite travel bans, fruit pickers from the Pacific will arrive in the NT this month

A parliamentary inquiry has recommended a limited exemption for migrant worker schemes to bring in staff from the Pacific.

"Unfortunately, when you speak to farmers the experience of young people going out there to pick fruit is not great, they don't last too long out in the sun," he told 2GB.

He said while it was best to fill as many jobs locally as possible, the balance needed to be struck with migration programs.

More than $6 million will be spent on boosting seasonal worker accommodation, while the remainder will go to making workplaces coronavirus safe.