There's concerns that gambling addicts who were forced to take a break from poker machines will be lured back as NSW reopens gaming venues. 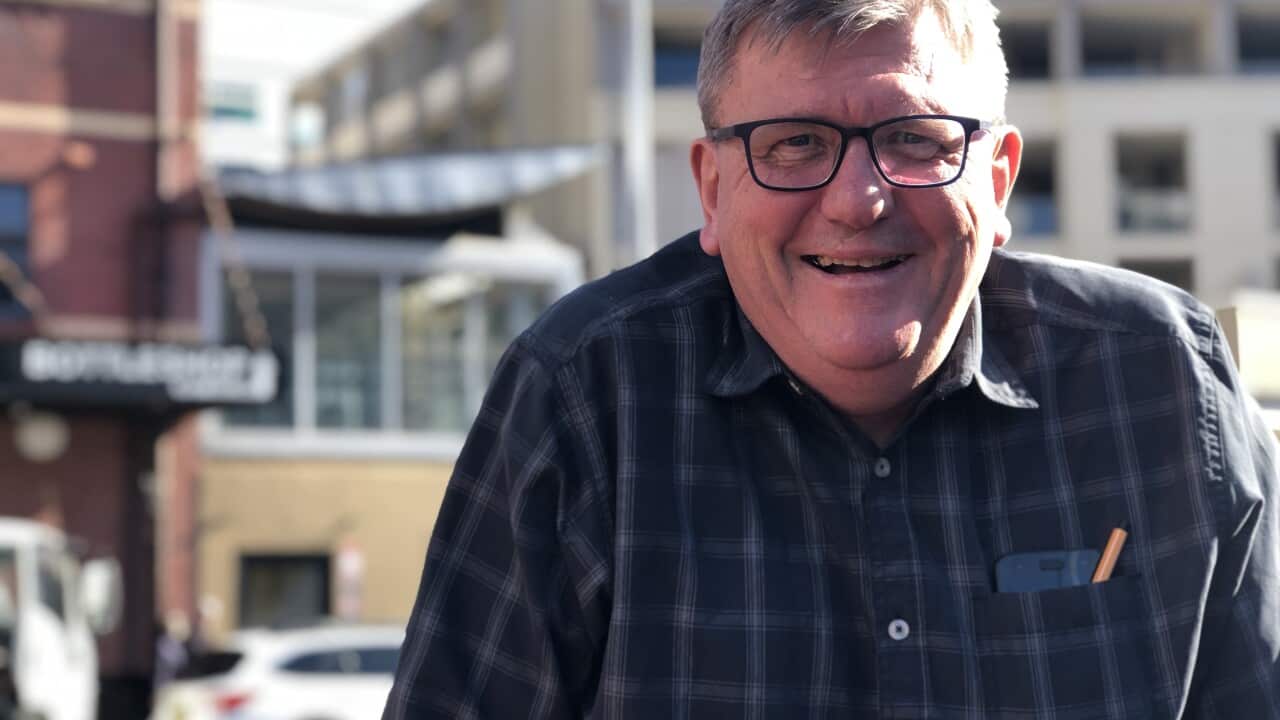 Ross said "decades" of his life had disappeared due to his gambling problem. Source: SBS

For compulsive gambler Ross, the last few months in coronavirus lockdown have been like a "fairy tale".

The 60-year-old, who did not want his last name published, says he has used the time and money he would have poured into poker machines to get his teeth fixed and get a hip replacement.

Advertisement
Ross has used the savings from the pokies to focus on his health. Source: SBS

For more than two decades, Ross says he has been trapped in the grips of a gambling addiction that at times left him homeless on the streets of Sydney.

And he's blunt about its cause.

“The poker machines are what have destroyed me,” he said.

“They are designed to addict, they completely entrance the player until the horror and shock of everything’s gone. Time disappears, years, decades disappear."

Anti-gambling advocates have estimated that the closure of the pokies has saved Australians up to $1.5 billion.

But the reprieve enjoyed by problem gamblers has come to an end.

While the number of patrons allowed in venues is limited to 50 for now, NSW is moving faster than other states to reopen the pokies.

Other states are yet to set a date with the ACT flagging it won't consider reopening gaming venues until mid-July at the earliest. Western Australia does not have any poker machines outside of its casino.

Scott Dickson, CEO of Bankstown RSL in western Sydney, said switching gaming machines back on was essential for the viability of the industry.

"It's not viable to not reopen, ultimately there would be no clubs. Without gaming, clubs in NSW would not be able to do the things they are able to do in the community," Mr Dickson said.

He said the RSL had seen a steady stream of customers since reopening on Monday morning and that they were expecting a busy weekend.

"It's very important, it makes up such a large component of our income. Without it you wouldn’t be able to pay the bills that you have to pay," he said.

But the Alliance for Gambling Reform’s Tony Mohr says Western Australia has shown clubs and the gambling industry can be viable without pokies.

“We are really concerned that opening poker machines in pubs and clubs is going to increase the harm from problem gambling in people who have had a really clean break in the last couple of months,” he said.

“We have seen people draw down on their super and their savings and we don’t want to see that money wasted,” he added.

Mr Mohr said many gamblers were experiencing a sense of relief at being able to get away from the machines - sometimes for the first time in years.

He said with the economic downturn caused by the coronavirus, now was the worst possible time to reopen the pokies.

“Research has shown poker machines that take the most money are those in the poorest suburbs," he said.

"We have got to be careful. We have had so many thousands of people already lose their jobs and that puts them at greater risk of coming down into the trap of the poker machines."

While Ross is hoping to stay away, he says the reopening means he and other problem gamblers will need to be more cautious.

Readers seeking assistance can contact the Gambling Helpline on 1800 858 858.