A fake health alert warning people to stay away from areas with high Chinese populations has been slammed by a Queensland MP as "100 per cent fake". 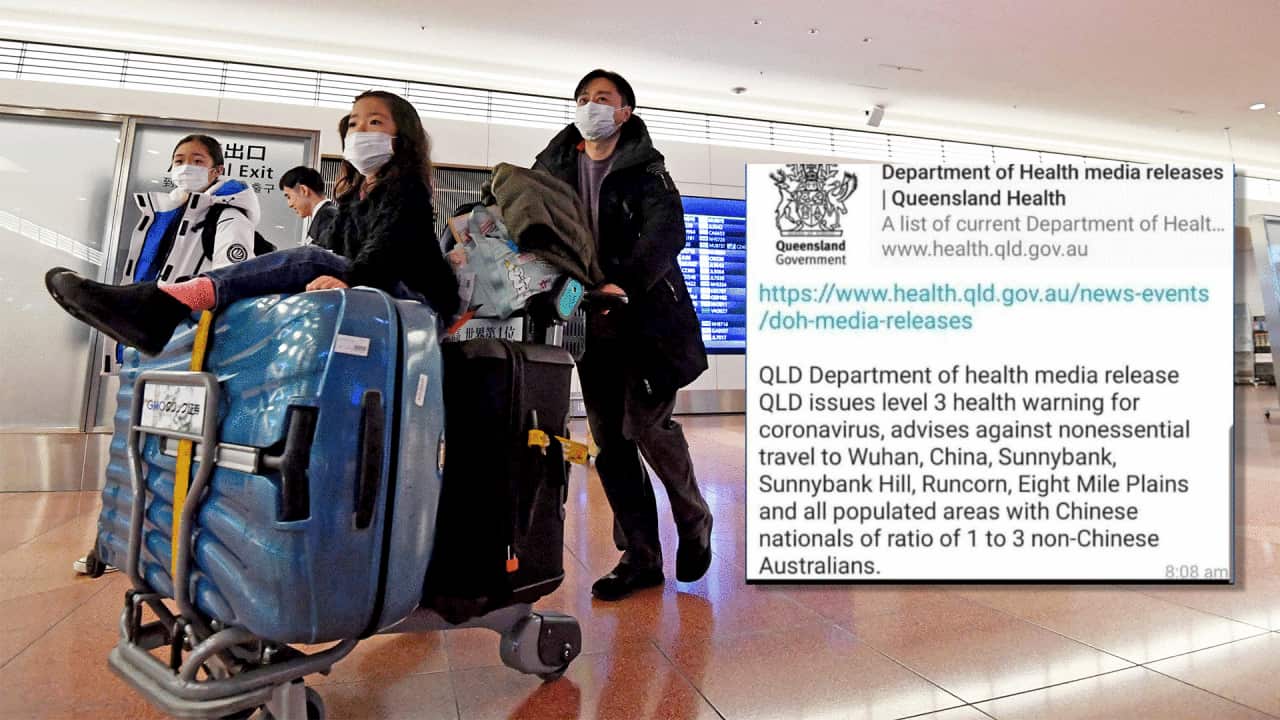 A fake coronavirus alert has been slammed by a Queensland MP. Source: AAP

A Queensland MP has warned of a fake Department of Health coronavirus alert directing people to stay away from areas with a high percentage of Chinese people.

The alert, purporting to be from the Queensland government, advised against "non-essential travel" to the suburbs of Sunnybank, Sunnybank Hills, Runcorn and Eight Mile Plains and "all populated areas with Chinese nationals of a ratio of one to three non-Chinese Australians".

Member for Stretton Duncan Pegg posted a screenshot of the alert to his Facebook on Monday, describing the release as "100 per cent fake".

Advertisement
"I don't normally like to give any credence to people who seek to malign our community but wanted to make things clear in this instance," he said.

Mr Pegg said he had spoken directly with Queensland's Chief Health Officer, Jeanette Young, who confirmed the media release is false and was not released by the department.

Five Australian cases of the
coronavirus have so far been confirmed and the global death toll has reached 80
.

The Queensland Department of Health declined to comment on the fake alert.