Prime Minister Malcolm Turnbull is wrapping up a three-day trip to drought-hit areas of NSW and Queensland. 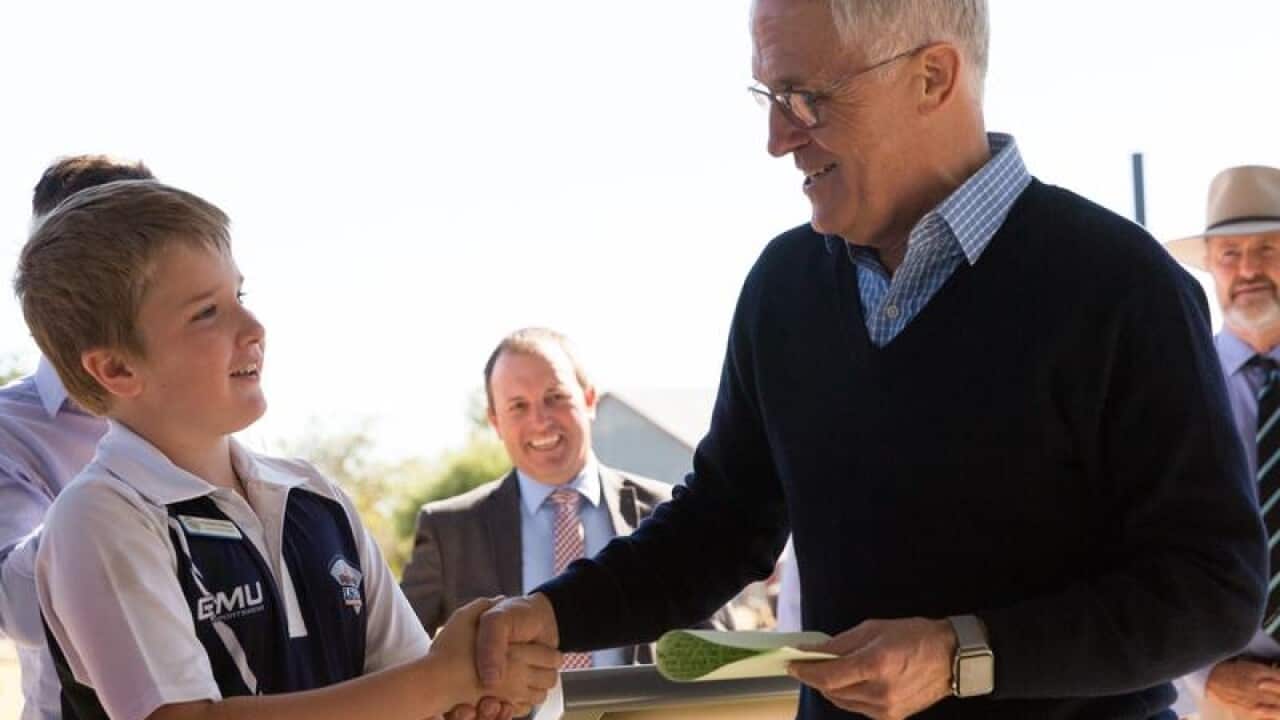 Farmers in drought-stricken communities can expect further government relief after a prime ministerial whistle-stop tour across outback Queensland and NSW.

Malcolm Turnbull said he was struck during the three-day tour by the courage, resilience and enterprise of Australian farmers dealing with long spells of drought on the east coast.

"They continue to innovate and have the courage and a self-belief and determination to get on with it," Mr Turnbull told reporters at Charleville in Queensland on Wednesday.

Advertisement
"It's our job to provide them with the support in every way and that is what we are doing."

Agriculture Minister David Littleproud said there would be more funding announcements, subject to discussions with the states.

The prime minister also doubled down on comments linking the droughts to climate change, after former Nationals Leader John Anderson cautioned him against "politicising" the issues facing farmers.

Mr Turnbull on Monday said his government remained committed to short-term drought relief, but farmers would need to adapt to climate change.

He backed up the comments on Wednesday, saying while the Australian climate had always been variable, the impacts were now very marked.

"You are seeing more variable rainfall and you're seeing a hotter or warmer or drier climate," he said.

Mr Turnbull is leaving others to argue about the extent of the climate change and its causes.

"The reality is if you talk to people in the bush, particularly people who have many decades, sometimes more than a century of rainfall and weather records, they will bear out the truth of what I have just said."

Mr Littleproud also acknowledged on Monday climate change was a contributing factor to the droughts.