FECCA says the proposed changes will create extra burdens for people from CALD and refugee backgrounds, especially women, who can find it difficult to prove their identity. 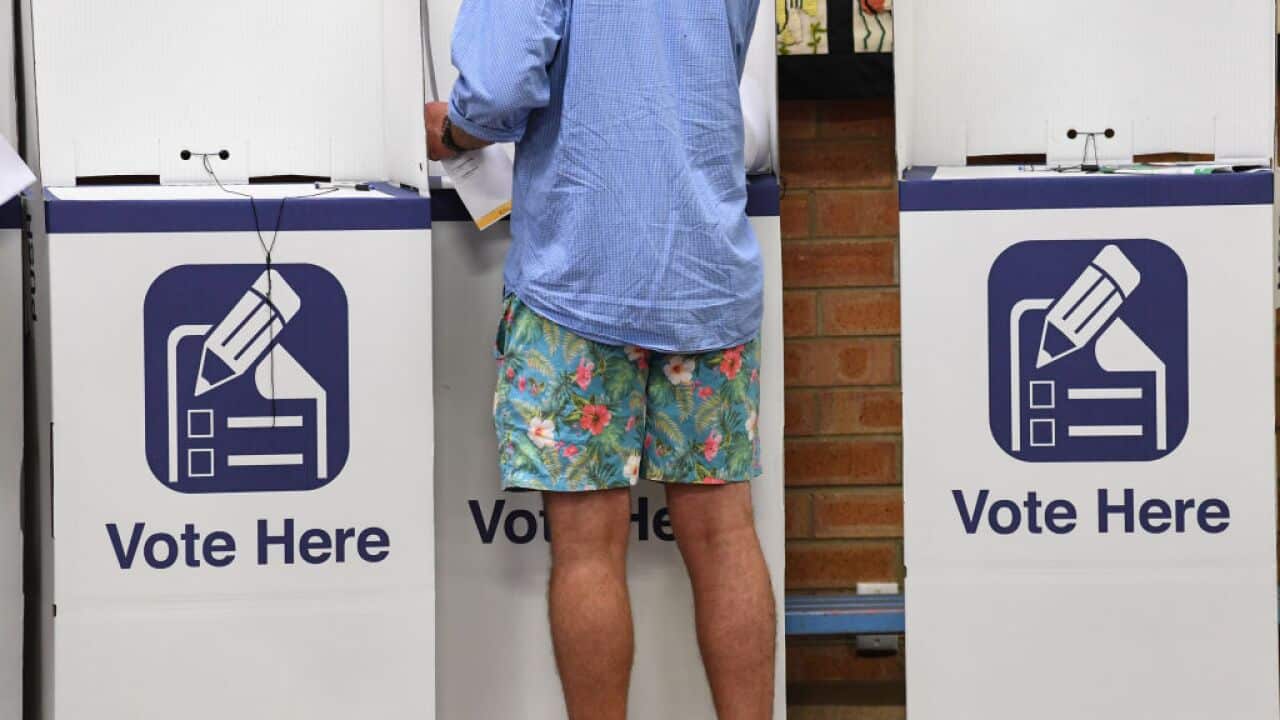 The government’s proposed reforms would force voters to present a form of ID at a polling station. Source: Getty

If passed, the Morrison government’s legislation would force voters to present a form of ID at polling stations, rewriting the current rules asking people to provide their name and address.

The ID could range from a driver’s licence, passport, Medicare card, or birth or citizenship certificate. People unable to supply ID could ask another voter to vouch for their identity or cast a declaration vote.

Advertisement
While Prime Minister Scott Morrison has pointed to similar measures in place overseas, it’s been criticised by human rights and social justice advocates as a "racist" policy that’ll cause voter suppression and disenfranchisement.

The Federation of Ethnic Communities’ Councils of Australia says some people from CALD and refugee backgrounds, particularly women, find it difficult to prove their identity for reasons outside their control.

“Some women just don't have any bills attached to their name or passports, and they may not drive. I think it's a very middle-class and mainstream response to think that we're all able to provide identity documents as easily as each other,” chair Mary Patetsos told SBS News.

“We're not understanding the complexity of this. The unintended consequence is a disincentive to vote and a failure to participate in democracy, which then is followed up by fines.”

Mr Morrison defended his government's legislation on Thursday, saying it shouldn't be seen as "earth-shattering".

Special Minister of State Ben Morton said people would not have to wait longer at the booth as a result of the reforms.

"You have to show ID to pick up a parcel at the post office," he said. "This will allow more integrity in the electoral system to make sure the right people are getting names marked off the roll."

There were just 2,102 cases of multiple marks against votes at the last election from around 15 million voters, according to data from the Australian Electoral Commission. Of those, 24 were investigated by police and there were no prosecutions.

Australian Electoral Commissioner Tom Rogers told the Senate this week voter fraud is a “vanishingly small” issue in the country.

Ms Patetsos said the government's "ill-thought-out policy" was in response to "a non-existent problem".

"Surely in an environment where we're getting to the back end of a pandemic, this cannot be the priority given what is broken that we do need to fix," she said.

If the reforms are legislated, Ms Patetsos said a multilingual information campaign must be rolled out well ahead of the next election.

“If the Australian Electoral Commission and other experts tell us that there's a problem we need to address, we need to do it in a way that ensures community engagement and understanding so that they can go to an election and vote,” she said.