As federal cabinet considers a drought assistance package, there are fears the drought could deepen. 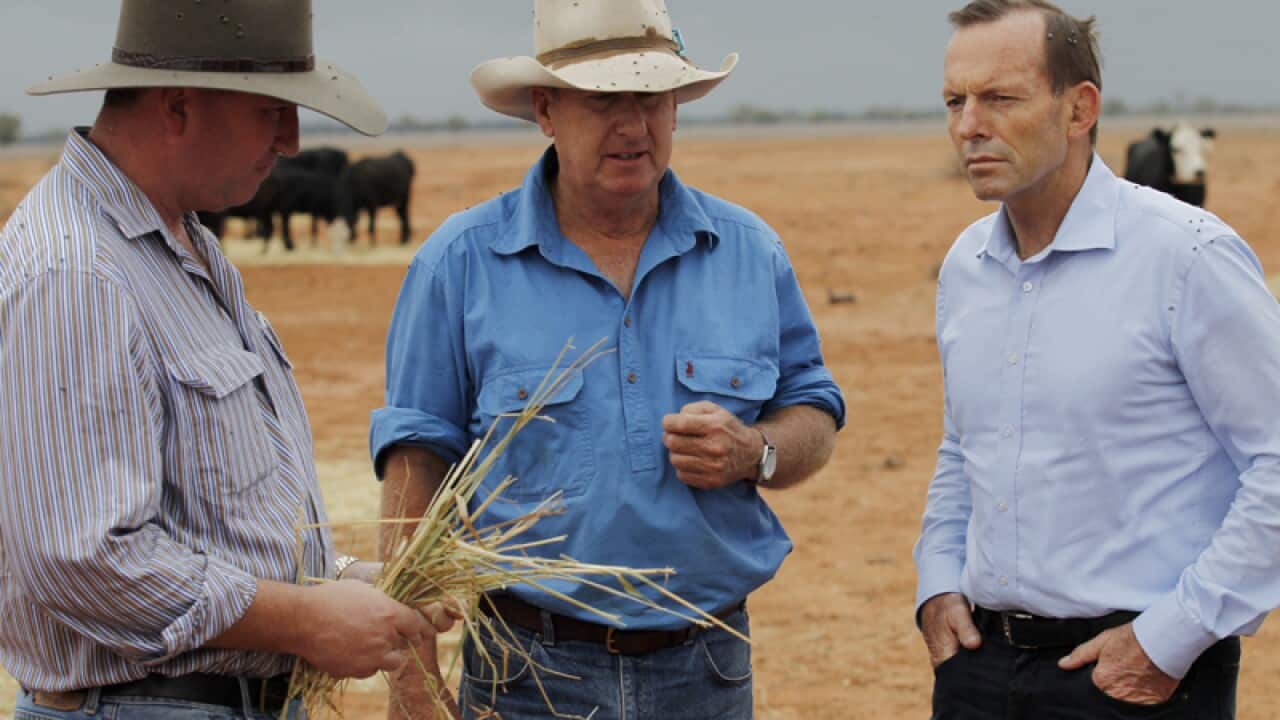 Agriculture Minister Barnaby Joyce has cautioned that the drought in NSW could stretch for longer, despite some rain over the past few days.

An extended drought will put extra pressure on the federal budget, which will be dipped into in the coming week for a drought assistance package including low-interest loans, income support and a range of social service programs.

Advertisement
But no rain fell in Broken Hill as the prime minister wrapped up his tour on Mount Gipps Station, a 33,000-hectare sheep property and farm stay.

Mr Joyce reflected on some of the fears expressed to him about the drought's intensity, which in some areas of Queensland is a one in 100-year event.

"We are at the edge of the drought here and it is pushing down," Mr Joyce said in Broken Hill.

"And we have to acknowledge that the rain we are having does not end the drought."

Broken Hill grazier John Cramp said his property had not seen any significant rain since early 2012 and he feared the dry would continue.

"It's pretty ordinary," he told the prime minister, adding it was likely he would have to sell his lambs for mutton.

He said farmers were interested in low-interest loans and freight subsidies, but action was also needed to deal with threats from kangaroos and wild dogs.

Mr Abbott said the government's "significant announcement" would include short and medium-term assistance.

"They want to be able to get on with the job - they don't want government to run their businesses."

Asked whether the government should set up a natural disaster fund - a point raised by a number of farmers - Mr Abbott said that could only be considered once the budget returned to surplus.

The Bureau of Meteorology said weekend rainfall was in the 20-millimetre to 55mm range, but some areas received only a few millimetres.

Further falls are expected over most of the Queensland drought area in the next week, but it may miss some of the NSW drought areas.

"Totals of 200mm to 300mm for the period February to April would be required to remove the rainfall deficiencies which have been in place since late 2012," bureau climatologist Blair Trewin said.

The bureau's next climate outlook will be released on February 25.

Labor has criticised the government for not acting quickly enough to announce the drought package.

"A drought tour is all very well and good but it must be backed up with action - as each day goes by, farmers are still waiting," opposition agriculture spokesman Joel Fitzgibbon said.