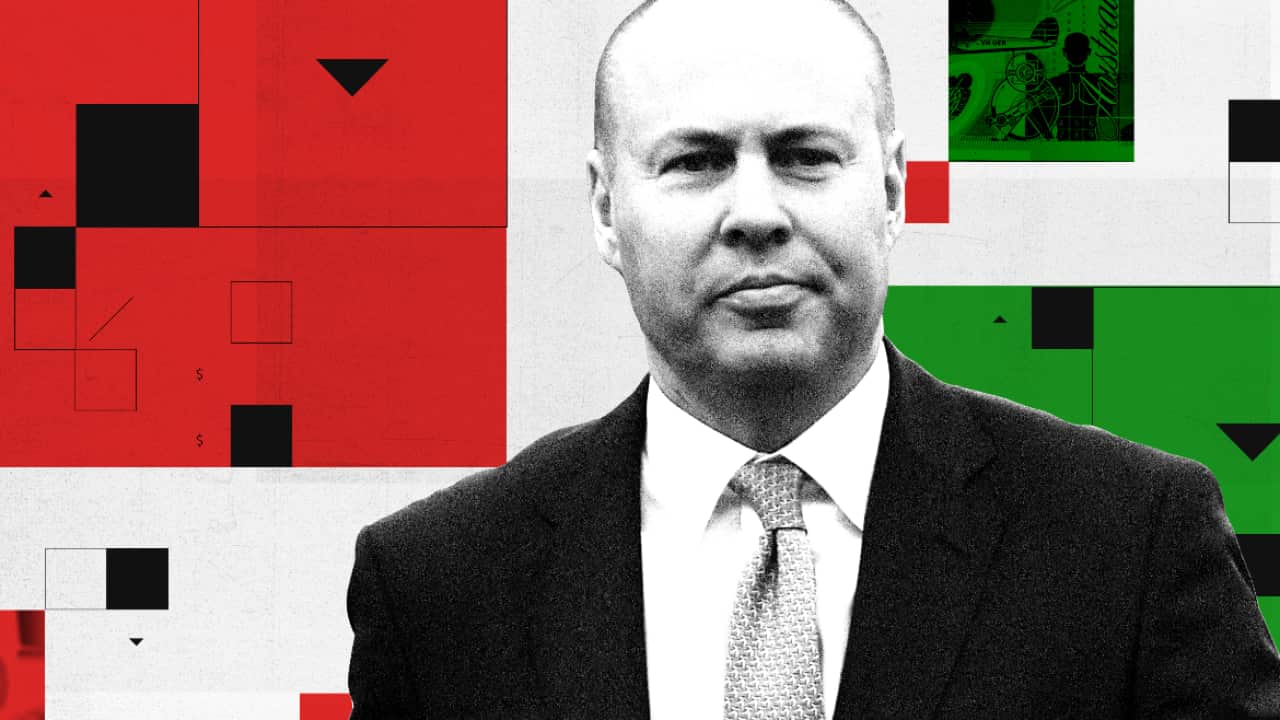 Advertisement
Big spending commitments in social policy areas are at the centre of the federal budget released on Tuesday night, with more than $30 billion allocated to scandal-plagued sectors such as aged care and disabilities support.

The government is also boldly banking on a massively ramped-up vaccination program - predicting it can vaccinate all Australians who want the coronavirus jab before the end of the year.

"Australia is coming back," Treasurer Josh Frydenberg said in his budget speech on Tuesday night.

"In the face of a once-in-a-century pandemic, the Australian spirit has shone through."

The nation’s deficit is projected to be $161 billion for this financial year, well below the $213.7 billion forecast in last year’s October budget.

The government has attributed the rosier outlook to a strong economic bounce-back from the COVID-19 pandemic.

Mr Frydenberg said the budget - his third as Treasurer - is evidence of the economy emerging from a recession, with the government now setting its sights on driving down unemployment.

“Australia’s economic engine is roaring back to life. This Budget will ensure we come back even stronger, securing Australia’s recovery."

In response to the royal commission into aged care, the government has promised $17.7 billion to overhaul the scandal prone sector.

Another $2.3 billion will be directed towards mental health and suicide prevention and $13.2 billion in additional funding towards the National Disability Insurance Scheme.

The government has also promised $3.4 billion in spending towards women’s economic and personal security – including $1.7 billion towards making childcare more affordable.

Australian Treasurer Josh Frydenberg hands down his third Federal Budget in the House of Representatives at Parliament House in Canberra, 11 May, 2021. Source: AAP

A focus on job creation is at the centre of the budget, a plan underpinned by measures aimed at training up young Australians and getting those unemployed back in the workforce.

The government says that, once the unemployment rate drops below 5 per cent, wages will be driven up.

What are the key assumptions?

The budget is based on key assumption that a population-wide coronavirus vaccination program will be in place by the end of 2021.

International borders are expected to gradually reopen over 2022 with temporary and permanent migrants expected to begin arriving in the country from mid-2022.

Small-phased programs for international students are also expected to commence in late 2021, and gradually increase from 2022.

The government’s investment of $17.7 billion into aged care over five years comes after a royal commission identified systemic concerns around substandard care, the sector’s workforce and access to home care packages.

It also documented “compelling and distressing” evidence of physical and sexual abuse in the aged care system, including raising concerns over the use of physical or chemical restraints.

The government’s response will include $6.5 billion towards 80,000 home care packages, aimed at clearing the waiting list backlog over the next two years.

Another $652 million will go towards upskilling and growing the workforce.

It says another $3.9 billion over four years from 2021-22 will be used to increase the amount of frontline care delivered to residents - through a mandated system requiring 200 minutes per day.

A further $3.2 billion will be invested to support aged care providers to deliver better care and services through a new government-funded basic daily fee supplement of $10 per resident per day.

A new aged care act will also be introduced to govern the sector.

To drive down unemployment, the federal government is spending $2.7 billion over four years to extend a wage subsidy helping businesses to hire more apprentices.

This will uncap the number of eligible places and increase the duration of the 50 per cent wage subsidy to 12 months from the date an apprentice or trainee commences with their employer.

The government estimates this will help create 170,000 new apprenticeships and traineeships.

It will also provide $506.3 million over two years from 2021-2022 to extend the JobTrainer program - with contributions to be matched by states and territories.

The government has promised a further $13.2 billion over four years for the National Disability Insurance Scheme, which currently provides support to around 450,000 Australians with a disability.

The government has promised $2.3 billion for mental health and suicide prevention services towards what it describes as “significant structural reform”.

The government says the response is a first step towards spending to recommendations made by the Productivity Commission and National Suicide Prevention Advisor.

The spending includes $487.2 million over four years from 2021-22 to establish a network of adult mental health centres to provide care.

Another $278.6 million will go towards headspace youth mental health services.

The budget has also revealed the government is promising a $3.4 billion-dollar investment to address women's safety and economic security.

The spending comes after the federal government was rocked by allegations of sexual assault and the poor treatment of women in federal parliament.

The funding will include $1.7 billion spent over five years on reducing childcare costs - with a plan to increase childcare subsidies and remove the subsidy cap for high income earners to come into effect in July next year.

The government says the measures – which do not go as far as Labor’s promise of universal childcare - are expected to save about 250,000 Australian families an average of $2,200 per year.

They will target low and middle incomes families earning $130,000 or less per year.

Another $20.5 million will be invested towards addressing sexual harassment through the government’s response to the Respect@Work Report.

The government says it will commit $261.4 million over two years towards a new national agreement with states and territories to bolster frontline domestic violence services.

Another $164.8 million will be provided over three years to give financial assistance of up to $5,000 for women fleeing a violent relationship.

It will also provide $129 million towards legal assistance funding.