Australia's program for COVID-19 booster shots is set to be more widely promoted with the federal government rolling out a campaign ahead of Christmas. 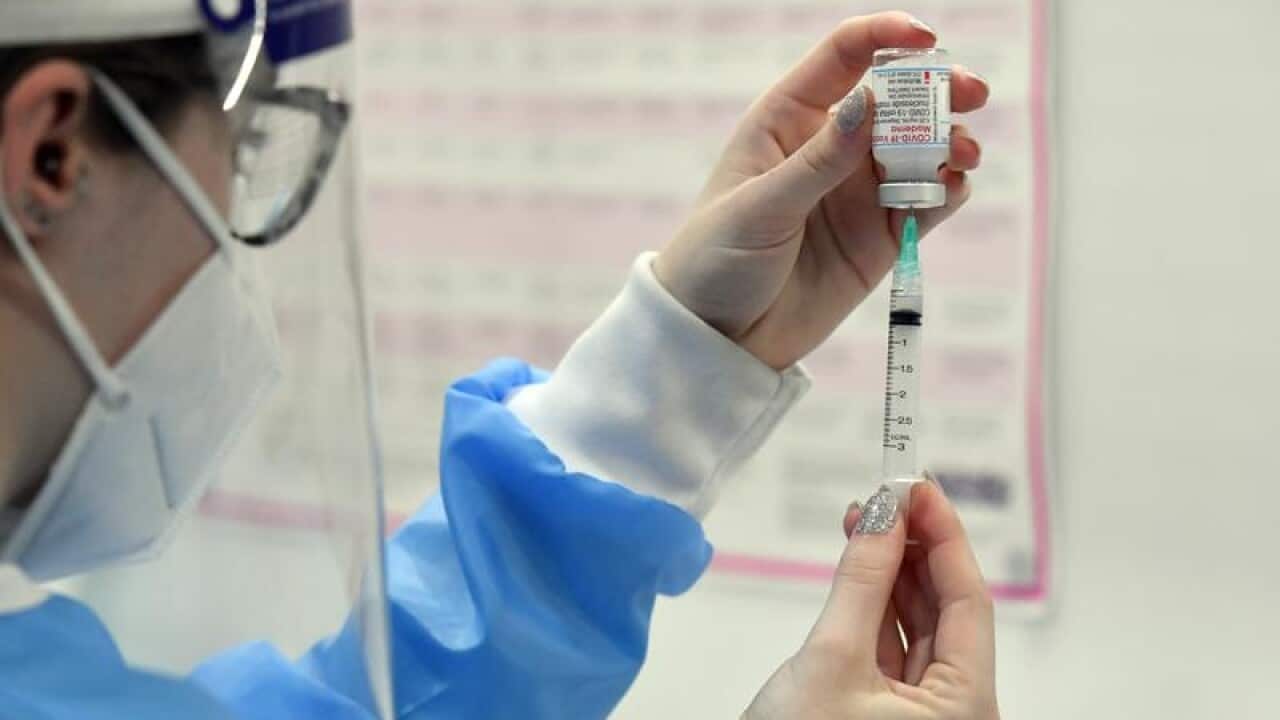 Booster doses now can be provided from five months after completion of the primary course. Source: AAP

Health secretary Brendan Murphy says the emergence of the Omicron variant of the coronavirus makes getting a booster vaccination more important.

Like the other mRNA Pfizer booster vaccine, it can be used irrespective of what a person received for their primary course of vaccination.

ATAGI, of which Professor Murphy is its chair, has also confirmed booster doses can be provided from five months after completion of the primary course.

This was previously recommended to be six months from a second dose.

"In the light of the Omicron variant we do believe that boosters are going to be much more important," Prof Murphy told reporters in Melbourne after receiving his Moderna booster shot with Health Minister Greg Hunt.

"The Omicron variant is likely to spread around the world. It's also very exciting that we now have Moderna as an alternative booster."

The Moderna booster dosage is half that of the primary course dosage.

Mr Hunt and Prof Murphy had the AstraZeneca vaccine for their first two shots,

Mr Hunt said it didn't matter whether you had Pfizer or Moderna as a booster shot.

The government will soon release a campaign to promote the booster shot in the run-up to Christmas and into the new year.

He said more than 670,000 Australians had already received more than two doses of a COVID-19 vaccine.

Government frontbencher Peter Dutton said it was important people understood Australia was living with the virus now and the reason behind getting to a fully vaccinated rate of 80 or 90 per cent.

He said people did not want to go back into lockdowns.

"I think that is the general sentiment frankly across the country," he told Sky News' Sunday Agenda program.

"We need to recognise the mental health issues that have been generated in our community, the domestic violence issues from people being stuck at home for extended periods."