After being brought to Australia as a baby after the Vietnam War, Dr Indigo Willing went on to set up a network to help other adoptees reconnect with their community. She would also found another group in which people could be themselves: Brisbane's largest female skate collective. 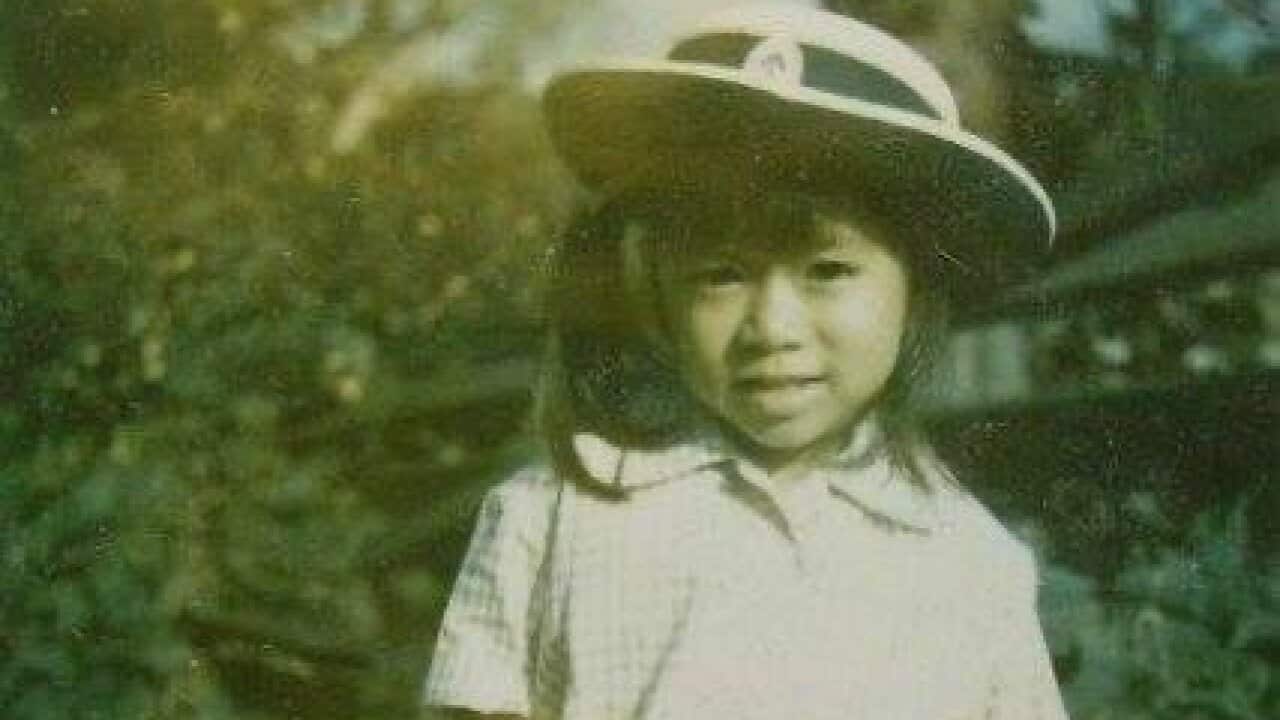 Indigo Willing as a child in Sydney. Source: Supplied

But despite the heat, Dr Indigo Willing is alive with energy.

Advertisement
The 48-year-old guides the group of skaters through a warm-up, ahead of a long day of tricks and competition.

The group in front of her come from all walks of life; some have been skating for years, others are just learning the art of the board.

There are a few teenagers and older skaters as well, plus a few men tagging along in support.

It’s a thriving, diverse community brought together by a love of the sport and by the hard work of Indigo and her team, who have created a safe space for skaters of all backgrounds and identities.

Indigo was born in Vietnam during the final years of the Vietnam War and spent her early months in an orphanage.

“In an orphanage, you learn a lot of survival tactics,” she tells SBS News.

“Apparently I learnt to walk very quickly and just went off and helped myself to toys and snacks and anything that I wanted really.”

“[But] when I came out, I didn’t know how to cry [because] in an orphanage it didn’t do any good.”

Indigo Willing as an infant in the Vietnamese Orphanage from where she was adopted. Source: Supplied

She grew up on Sydney’s Northern Beaches but as one of the first Vietnamese refugees in the area, she did attract attention.

“When I came over, the ideal was to be a blonde-haired and blue-eyed surfie, and obviously I'm not, I'm like this 4 foot 11 Vietnamese girl,” she laughs.

“I was really trying hard to fit in, being an 'Aussie' Australian, and I didn’t get much opportunity to be a Vietnamese-Australian.”

During her teenage years, she began to become more involved in the growing Vietnamese-Australian community, and as the internet became prominent, found others who’d shared her experiences.

“I was really lucky to connect with a whole bunch of refugees that were in my cohort, in their early 20s, wondering if they could find their family or at least heritage,” she says.

In 2000, she set up Adopted Vietnamese International - a network to help adopted refugees around the world reconnect with their community and their families.

“[Now] we have over 1,000 members and every day, they will come and say hi. Maybe they’re looking for family, maybe they’re going back to Vietnam for the first time.”

In reaching out and connecting with Vietnamese adoptees around the world, Indigo discovered that she had a genetic relative here in Australia, a third cousin in Geelong.

“I’ve never had that experience being genetically related to someone until I was in my late 30s,” she says.

“[When we met] we had a great connection, we had a lot in common to chat about and it was just nice.”

Indigo had the chance to return to Vietnam but has had no success in tracking down the identities of her biological parents.

Her work in helping the Vietnamese Community was recognised in 2006 when she received the Order of Australia Medal, but she reckons the real honour doesn’t belong with her.

“It was really just recognition for the community bringing itself together and volunteering time to help each other explore identities and try and find some of those missing pieces,” she says.

Indigo received a doctorate from the University of Queensland in 2010 and is a lecturer in Sociology at Griffith University.

But she spends much of her time following her passion for skateboarding, having grown up next to a skatepark as a teenager.

“It had a huge vert ramp which is 10 feet tall. If you try and practice on that without knowing how to skate, you’ll die!” she recalls, laughing.

But she wasn’t confident enough to pick up a board and skate in the park’s heavily male-dominated environment.

Indigo back at the Skate Park near her home in the Northern Beaches of Sydney. Source: Supplied

It was only after she had her son and he started school, that she picked up the board in her free time and learnt to skate.

“But I guess growing up as a Vietnamese in an all-white family on the Northern Beaches post-war, I’m kind of used to standing out, so I just went for it.”

“That’s what I think Australia helps you do as well, just go for it.”

The group was founded in 2016 to give female skaters of all ages and backgrounds an opportunity to attend meetups and competitions.

"We've sort of moved out from seeing skateboarding having to be like, a dude thing, to being for everybody," she says.

"No matter what skill level you are and what age or ethnicity, it's something that we can use to make people feel confident and express themselves."

“Often when you come to skateparks, you are the only female and it’s really really intimidating,” Evie says.

“So to have a group of other women, it's actually a motivator to keep coming.”

“It really does get people out of their shells.”

Much of Indigo’s research as a sociologist has focused on skateboarding, and since picking up a board in 2012, she’s seen the impact the sport can have.

“A lot of people think it is just a bunch of kids disrupting the city,” she says.

"But in Skateboarding a lot of it is really about self-expression, a sense of belonging and identity."

“[Now] there are people from all cultures, from all ethnicities, First Nations skateboarders, queer skateboarders and other people that maybe would not have felt as comfortable in a really macho environment and now have an opportunity to get in there and have a go!”

Indigo and her team also helped launch the international #ConsentIsRad campaign, to start a conversation around the issue in the skateboarding community.

"Consent is a great thing to talk about in terms of sexual consent, but also just consent [around other issues]," she says.

“In any given community, especially male-dominated scenes, It’s really important for people to understand the idea of consent as something that is not stigmatised, something that does not have bad vibes.”

“We have people that are really into social change behind us and we have a lot of dudes speaking out about Consent is Rad as well, so it’s not just a chick thing.”

"It’s something that everybody can support and everybody benefits from."

Skateboarding will also feature for the first time at the upcoming Tokyo Olympics and Indigo expects the event to demonstrate the modern global nature of the sport.

“Skateboarding is currently undergoing a massive revolution, it’s exploding in places and growing in Europe, in America, but also it has been really embraced in Palestine, in South Africa, in Cambodia,” Indigo says.

“That’s why it’s important that skateboarding will be in the Olympic Games - It’s giving a lot of kids from all kinds of backgrounds, especially disadvantaged backgrounds, a real shot at representing their country and reaching their potential.”