Floods in Australia among most expensive climate events of 2021, report finds

The world's 10 costliest weather disasters of 2021 together caused A$235 billion in damages - representing an annual increase of 13 per cent. 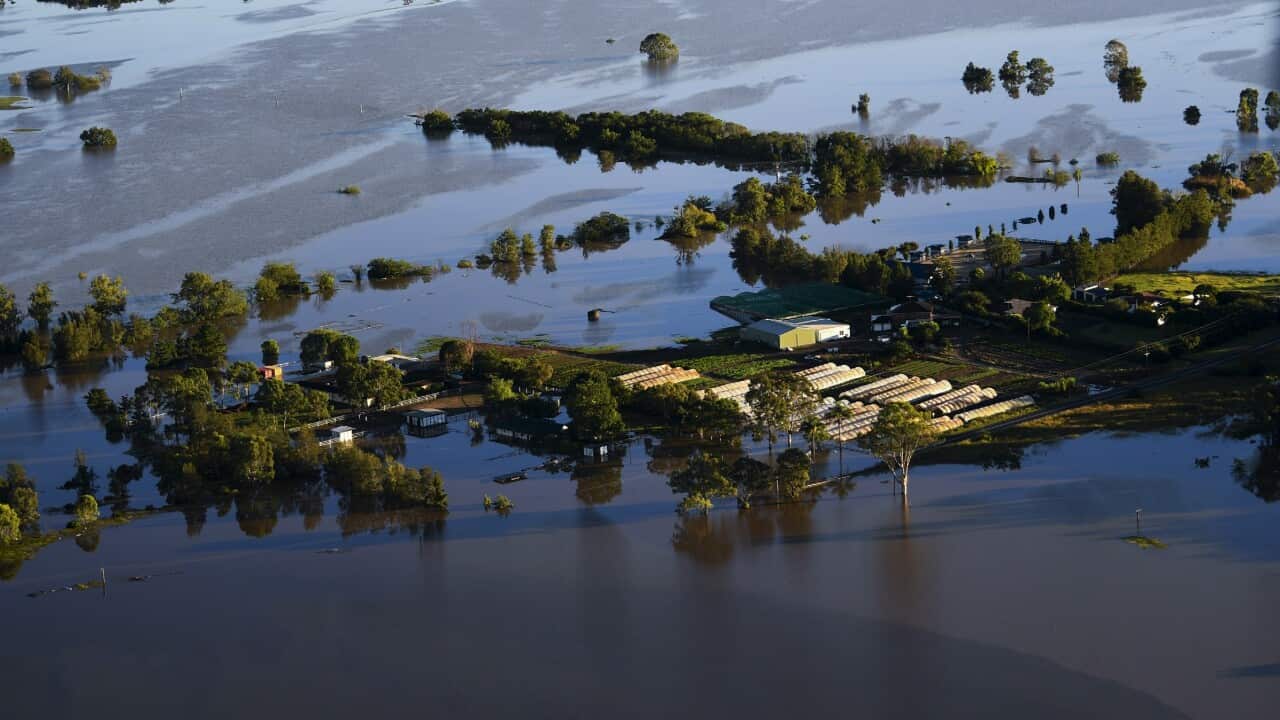 Flood affected areas are seen from a helicopter in the Windsor and Pitt Town areas along the Hawkesbury River near Sydney on 24 March, 2021. Source: AAP

Each year, UK charity Christian Aid calculates the cost of weather incidents like flooding, fires and heat waves according to insurance claims and reports the results.

In 2020, it found the world's10 costliest weather disasters caused A$208 billion (US$150 billion) in damage, making this year's total an increase of 13 percent.

Advertisement
READ MORE
Climate change is driving a drier Australia. So why are we having such a wet year?

Christian Aid said the upward trend reflects the effects of man-made climate change and added that the 10 disasters in question also killed at least 1,075 people and displaced 1.3 million.

The most expensive disaster in 2021 was hurricane Ida, which lashed the eastern United States and caused around $65 billion in damages. After crashing into Louisiana at the end of August, it made its way northward and caused extensive flooding in New York City and the surrounding area.

Spectacular and deadly flooding in Germany and Belgium in July was next on the list at A$60 billion (US$43 billion) in losses.

A cold snap and winter storm in Texas that took out the vast state's power grid cost A$32 billion (US$23 billion), followed by flooding in China's Henan province in July that cost an estimated A$24.4 billion (US$17.6 billion).

Other disasters costing several billion dollars include flooding in Canada, a late spring freeze in France that damaged vineyards, and a cyclone in India and Bangladesh in May.

Floods in Australia in March 2021 resulted in an economic damage bill of A$2.9 billion (US$2.1 billion).

The report acknowledged its evaluation mainly covers disasters in rich countries where infrastructure is better insured and that the financial toll of disasters on poor countries is often incalculable.

It gave the example of South Sudan where flooding affected around 800,000 people.

"Some of the most devastating extreme weather events in 2021 hit poorer nations, which have contributed little to causing climate change," the report's press release noted.

In mid-December, the world's biggest reinsurer, Swiss Re, estimated natural catastrophes and extreme weather events caused around A$346 billion (US$250 billion) in damage this year.

It said the total represented a 24 percent increase over last year and that the cost to the insurance industry alone was the fourth highest since 1970.