The Turnbull government will reportedly divert money from its aid pool to deliver extra funding to the country's security agencies. 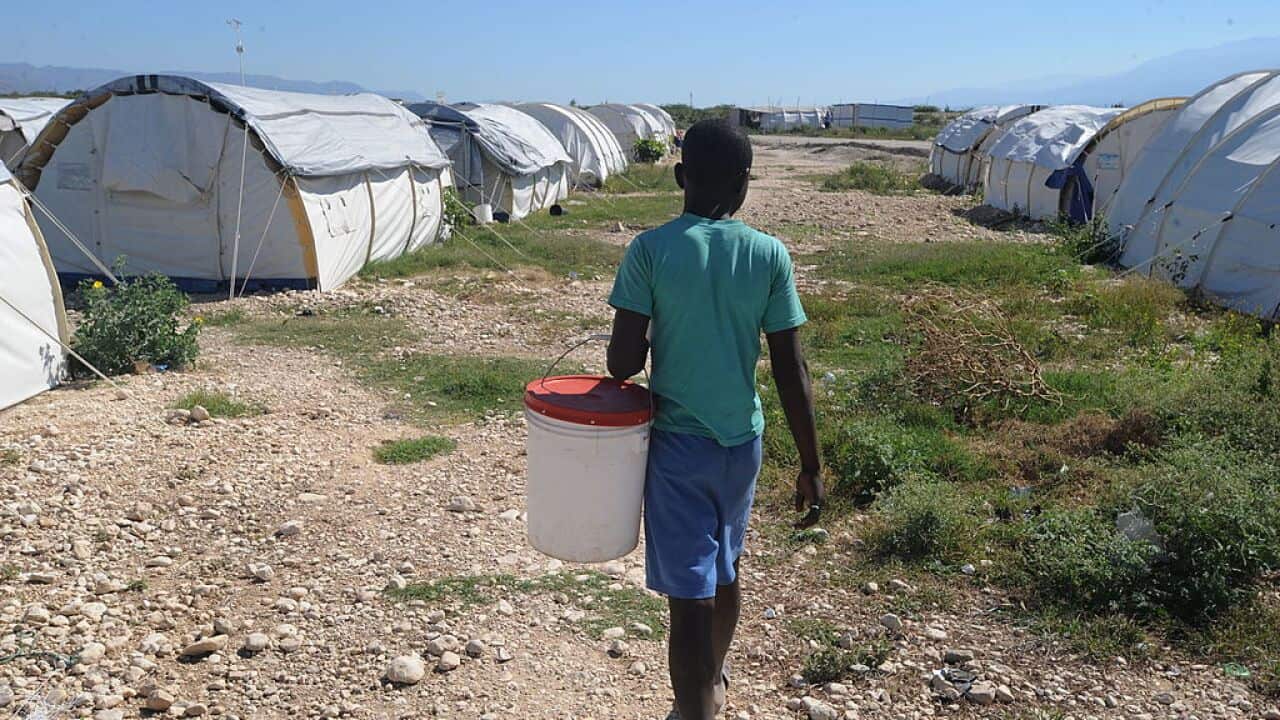 Charity groups have warned further cuts to the foreign aid budget are reckless, inhumane and could result in more refugees undertaking dangerous journeys to Australia.

World Vision spokesman Tim Costello said the government should absolutely fund national security services and federal police but not off the backs of the poorest people in the world.

Advertisement
"If you aren't, with aid, giving hope to refugees, guess where they come? To Australia and Europe. If you aren't dealing with their humanitarian needs then they will go on the move, I would if I was in their situation," Reverend Costello told reporters in Canberra.

The coalition government has cut $11.3 billion from foreign aid since coming to power.

The prime minister on Monday refused to confirm speculation of a $321 million funding boost for the AFP, or that reported top-ups for Australia's security and intelligence agencies would be paid for by cuts to foreign aid.

"The budget is tomorrow and I can assure you this is all fully funded," Mr Turnbull said.

Oxfam says South Sudan is famine declared and it's also occurring in parts of Nigeria, while Yemen and Somalia are on the brink.

Australia's aid spending at about 23 cents in every $100 of gross national income was already at a historic low, and Oxfam chief executive Helen Szoke said further cuts would be unconscionable.

"It would be akin to Australia turning its back on the region and the world," Dr Szoke said in a statement.

"We know that those aid cuts that the government has made have actually done immense damage to Australia's reputation and relationships with many, many countries in our region and beyond," he told reporters.

Related
'We just have to roll with the punches': Concerns for welfare ahead of Federal Budget

CARE Australia chief executive Sally Moyle said even if the Department of Foreign Affairs and Trade is asked to absorb personnel cuts it will risk the ability of the agency to manage an effective aid program.

"It is absolutely important for us to see that delivering humanitarian aid and development is in our hard-nosed national interest," she said.

"If there are good measures to improve national security, we are up for that. But why is it foreign aid that suffers? Because that also improves Australia's security."

Related
Morrison's 'good, bad' debt claim under fire ahead of Budget
Budget 2017: Why should you care?