The former CEO of collapsed Bitcoin exchange MtGox heads to trial in Tokyo next week on charges stemming from the disappearance of hundreds of millions of dollars worth of the virtual currency from its digital vaults. 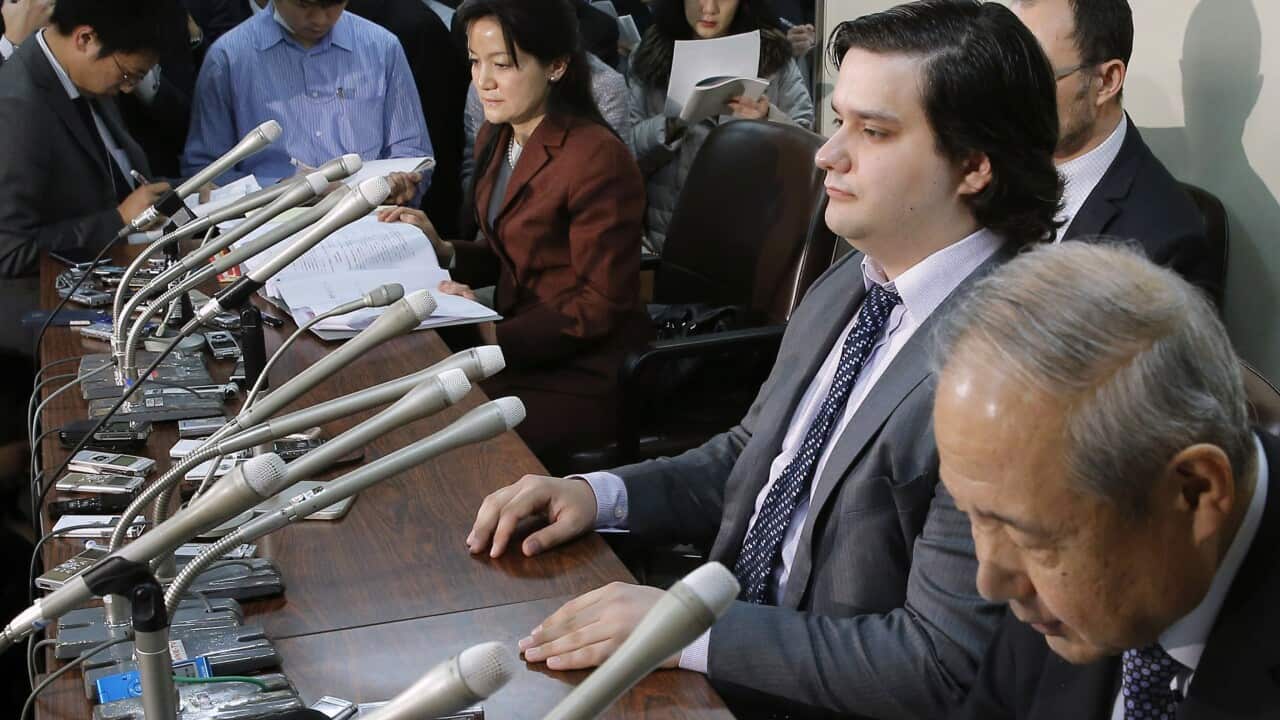 Frenchman Mark Karpeles -- once the high-flying head of the world's busiest Bitcoin trading platform, who reportedly lived in an $11,000-a-month penthouse and spent money lavishly, including on prostitutes -- is facing embezzlement and data manipulation charges.

"He is keeping calm as the trial gets underway," his lawyer Kiichi Iino told AFP, adding that Karpeles plans to plead his innocence.

The 32-year-old was first arrested in August 2015 and released on bail nearly a year later over allegations he fraudulently manipulated data and pocketed millions worth of Bitcoins.

MtGox, which claimed it once hosted around 80 percent of global Bitcoin trading, shuttered in 2014 after admitting that 850,000 coins -- worth around $480 million at the time -- had disappeared from its vaults.

The company initially said there was a bug in the software underpinning Bitcoins that allowed hackers to pilfer them.

Karpeles later claimed he had found some 200,000 of the lost coins in a "cold wallet" -- a storage device, such as a memory stick, that is not connected to other computers.

Karpeles, who said he is working as an IT consultant, is active on social media and has commented on issues concerning Bitcoin but not on details of his criminal case.

"The charges (against Karpeles) only cover a subset of the issues which were happening at MtGox, so I don't expect that we will find out most of the information we want to know," said Kolin Burges, a British investor who said he lost several hundred Bitcoins in the MtGox collapse.

"I've not had any back yet but hopefully, eventually all the creditors will get a small percentage of their money back from the bankruptcy distribution," he told AFP.

Around the time of his 2015 arrest, Karpeles' mother told Japan's top-selling Yomiuri newspaper that her son was a "genius" who learned computer languages at age three and started making simple programmes by the time he was five.

Recommended
Bitcoiners divided over alleged Australian inventor
What is bitcoin and how does it work?

In 2006, Karpeles wrote on his blog that computer crime was "totally contrary to my ethical principles".

But four years later, a Paris court sentenced him in absentia to a year in prison for hacking. He had come to Japan to work for a web development company around 2009 and later got involved with the Bitcoin exchange.

In the wake of the MtGox scandal, Japan passed a bill stipulating that all virtual currency exchanges must be regulated by its Financial Services Agency.

Virtual currencies are generated by complex chains of interactions among a huge network of computers around the world, and are not backed by any government or central bank, unlike traditional currencies.

Bitcoin has suffered hacking incidents including one last year in which a major Hong Kong-based exchange Bitfinex suspended trading after $65 million in the virtual unit was stolen.

Despite the demise of MtGox and concerns about security, Bitcoin and hundreds of rival digital currencies are becoming increasingly popular and accepted by merchants worldwide.

Bitcoin remains the most popular. Its market value has ballooned to more than $42.9 billion, according to the website coinmarketcap.com.

The unit has seen wild volatility during its short life, soaring from just a few US cents to around $2,500 now, more than double its value just a few months ago.

Critics argue the lack of legal framework governing the currency, the opaque way it is traded and its volatility make it dangerous.

Bitcoin's reputation was damaged when US authorities seized funds as part of an investigation into the online black market Silk Road.