Far-right presidential candidate Marine Le Pen has stirred up deep emotions just two weeks ahead of the election by saying that today's France is not responsible for the rounding up of Jews during World War II. 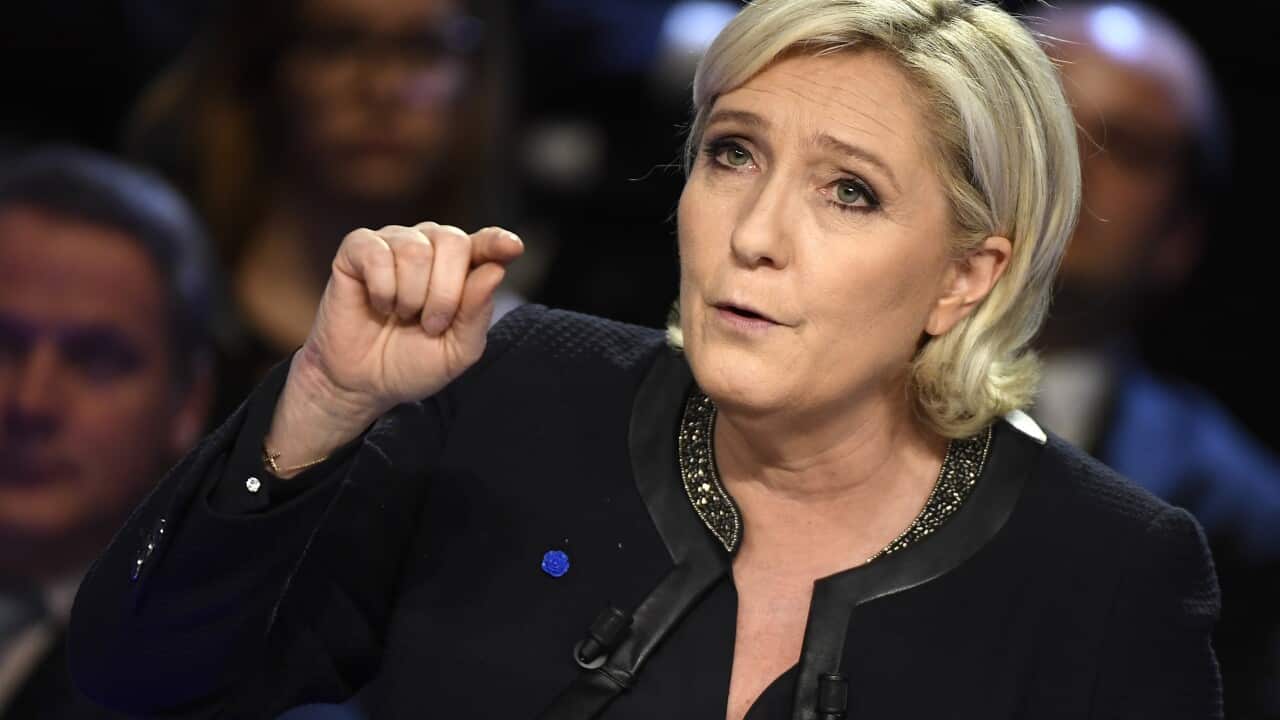 Le Pen said Sunday that "I don't think France is responsible for the Vel d'Hiv," referring to the roundup and deportation of more than 13,000 Jews from a Paris cycling track ordered by Nazi officers in 1942.

For many -- notably Le Pen's chief rival for the presidency Emmanuel Macron -- the remarks were an instant reminder of the candidate's anti-Semitic, negationist father, while also pricking France's fraught conscience over its wartime role.

The National Front (FN) leader "crossed a red line", the Le Monde daily said in an editorial, while Jewish groups blasted the comments as an "insult to France (which has faced up to) its history without a selective memory."

Israel also slammed Le Pen, with the foreign ministry saying "the declaration is contrary to the historical truth".

Macron said Monday: "It's the true face of the French far right, the face that I am fighting. If anyone still doubted it, Marine Le Pen is indeed the daughter of Jean-Marie Le Pen."

The candidate's father, now 88, who has described the Nazi gas chambers as a "detail" of history, has multiple convictions for inciting racial hatred and denying crimes against humanity.

After Le Pen took over leadership of the FN from her father in 2011, she worked to erase his anti-Semitic stamp in order to broaden the party's appeal.

The party has steadily gained in strength, with Le Pen winning some 18 percent of the vote in the 2012 presidential election and the FN scoring 25 percent in the 2014 EU elections.

Related reading
Euro a knife in the ribs of France: Le Pen

In this year's presidential race, the centrist Macron and 48-year-old Le Pen are running neck-and-neck ahead of a first-round vote on April 23, each with around 23 percent.

In the runoff set for May 7, Macron, 39, would win handily if the election were held today.

Historian Laurent Joly said that in the French national psyche, the Vel d'Hiv deportation symbolises the crimes of the wartime Vichy government.

"It was the most tragic consequence of the criminal policy of Vichy, of the collaboration with Germany," Joly told AFP, noting that the operation was carried out by the French with no German officers present.

In 1995, more than 50 years after the fact, then president Jacques Chirac deemed that "the time had come to clearly recognise the fault of the collaborating French state, and no (subsequent leader) should contest it," Le Monde said.

Le Pen's comments went against a "national consensus on how to understand one of the most painful episodes of French history," it added.

FN secretary general Nicolas Bay on Monday rejected claims that Le Pen's remarks could be associated with her father's negationism.


She does not dispute "what was shocking and atrocious during this period, she is only saying that France was not to blame," Bay said.

The FN's position is the same as that of wartime leader-in-exile Charles de Gaulle, "which is that France was in London. France was not Vichy," Bay said on French radio.

De Gaulle, then the leader of the Free French forces, lived in London during World War II while the Vichy regime collaborated with Nazi Germany.

"We have to get out of the repentance business, the self-flagellation, as if we were ashamed of our French history," Bay said. "It's not against the rules."

Nicolas Lebourg, a historian who specialises in the far right, said that with her comments Sunday, Le Pen "wanted to add fuel to the fire" after a debate that failed to move the needle for her campaign last week.

"And she succeeded," said Lebourg, a professor at the University of Perpignan.

"The remarks were both intentional and ill-conceived at the same time," he said. "They lacked finesse."

Joly surmised that Le Pen could have been looking both to "reassure the classic far right (and) to woo somewhat old-fashioned Gaullists".

Bruno Jeanbart, of the OpinionWay polling institute, said Le Pen had taken a "risk" because the remarks could associate her with her father, even though they "were not ambiguous".

"Most French people think... they should not have to apologise for the Vichy government."

He said that when Macron travelled to Algeria in February and called France's 150-year colonisation of the country a crime against humanity, the reaction "was pretty strong".