The Senate crossbench looks likely to be less diverse but a couple of familiar faces are set to return to the upper house. 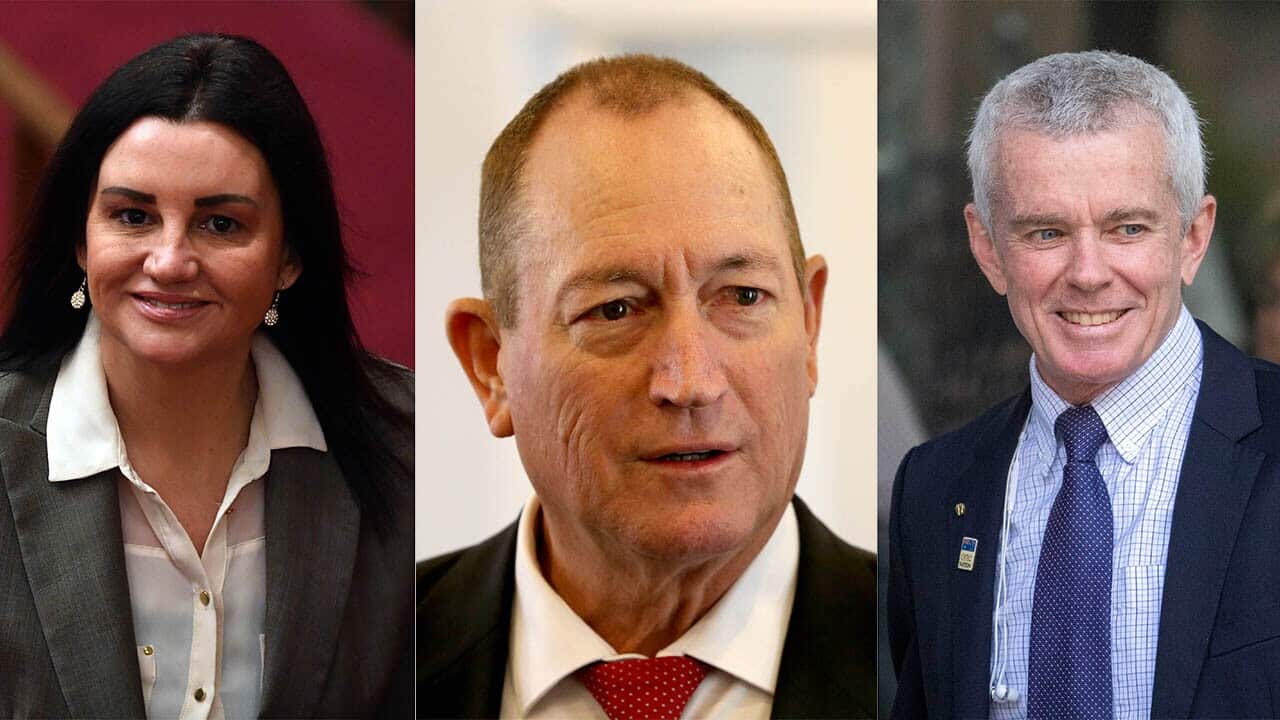 In: Lambie. Out: Anning. In: Roberts. Source: AAP

A pair of familiar faces look likely to re-join the Senate after being knocked out by the dual citizenship debacle that plagued the previous parliament.

While the final Senate count will take some time, One Nation's Malcolm Roberts in Queensland and Jacqui Lambie in Tasmania look likely to be returned to the red chamber.

Ms Lambie had a warning for Scott Morrison at her election night party:

Advertisement
“You know what, Scott Morrison? If I am lucky and I hold that balance of power, I hope to God you and your people treat me a hell of a lot better than what they did in the three and a half years I was up here,” she told ABC TV.

“Otherwise, mate, if I’m part of that balance of power, we’re going to have a lot of difficulty getting things through unless it’s going to cost you a lot of money, which is great for Tasmania because I’ll be able to deliver. You know what? Drop the attitude.”

Controversial figure Fraser Anning
has missed out returning to the Senate in what North Sydney Liberal MP Trent Zimmerman said was “one of the great outcomes of this election”.

“There have been a lot of people concerned about the rise in extremism here and around the world. And what we've tonight is Australians reject the type of extremism Fraser Anning was offering.

“Frankly the position he took on issues of race were simply reprehensible and it had no place in the Australian Parliament and the Australian people appeared to have agreed with that."

As the numbers stand late on Saturday night, in Queensland, the Coalition will hold two of the six Senate seats up for election, and Labor one.

The tens of millions of dollars Clive Palmer spent advertising his United Australia Party don't seem to have paid off, with it picking up about a third of the vote of One Nation and the Greens.

In Tasmania, the Liberals and Labor look set to hold two seats each and Greens incumbent Nick McKim to return, with Ms Lambie in line for the final seat.

The coalition is likely to retain three seats in both NSW and Victoria and Labor another two, with the Greens probably taking the final seat in each state.

It's a similar story in South Australia, where the major parties will take two seats each and the Greens' Sarah Hanson-Young will hold on, with the final seat probably also going to the Liberals.

And in the two territories, ACT and NT, the status quo will prevail with Labor and the Liberals taking one seat each.