The small African nation of the Gambia has filed a lawsuit at the International Court of Justice, formally accusing Myanmar of genocide against its Rohingya Muslims. 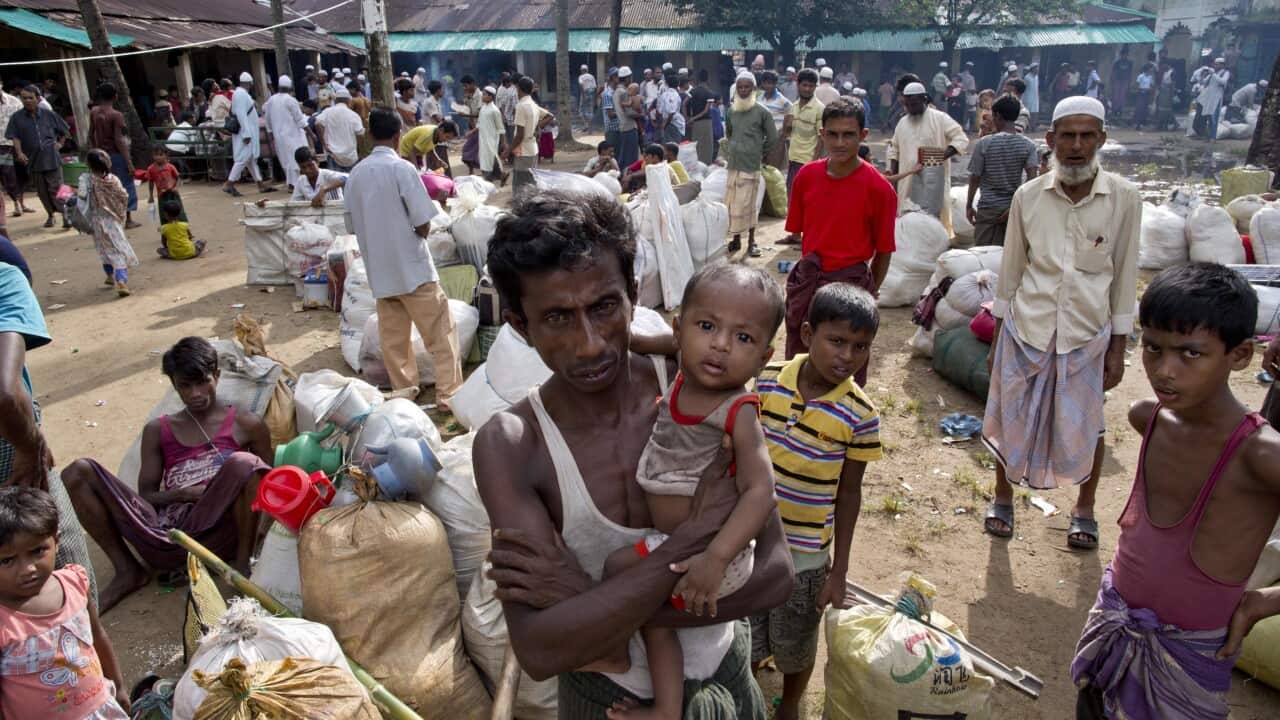 Myanmar has been accused of perpetrating genocide against its Rohingya Muslim minority in a landmark lawsuit filed at the United Nations’ top court.

The lawsuit - filed by the small West African country of the Gambia in the International Court of Justice (ICJ) - accuses Myanmar of breaching the 1948 UN Genocide Convention through a military campaign targeting Rohingya in Rakhine state.

The 2017 crackdown forced at least 740,000 Rohingya to flee over the border into sprawling camps in Bangladesh.

Advertisement
UN investigators last year called for some of Myanmar's top military leaders
to be put on trial for genocide
.

"Gambia is taking this action to seek justice and accountability for the genocide being committed by Myanmar against the Rohingya," Justice Minister Abubacarr Tambadou said.

"It is a shame for our generation that we do nothing while genocide is unfolding right before our own eyes.”

Human Rights Watch’s associate international justice director Param-Preet Singh called the case a "game-changer" and called on other states to support it.

The Gambia, which is majority Muslim, also has the support of the 57-member Organisation of Islamic Cooperation and a team of international lawyers.

Both the Gambia and Myanmar are signatories to the 1948 Genocide Convention, which gives them an obligation to prevent and punish the crime of genocide.

Myanmar vehemently denies a genocide has taken place, and other legal attempts to prosecute it for alleged criminal treatment of Rohingya are yet to amount to anything concrete.

The prosecutor for the International Criminal Court, which investigates war crimes, launched a preliminary investigation last year, but charges are yet to be filed.

The ICJ normally deals with issues of international law such as border disputes, but sometimes rules on alleged breaches of UN conventions such as those on terrorism or genocide.

The ICJ previously dealt with a genocide case when Bosnia brought a lawsuit against Serbia over the conflict in the former Yugoslavia in the 1990s.

That case ended in 2007 with Serbia being held to have failed to prevent genocide during the 1995 Srebrenica massacre and of failing to cooperate with war crimes tribunals.

The Rohingya are a Muslim minority group from Buddhist-majority Myanmar.

Despite living in Myanmar for generations, many within the country consider them illegal immigrants.