The world gay rugby champions will soon be crowned as the 7th Bingham Cup kicks off in Sydney. 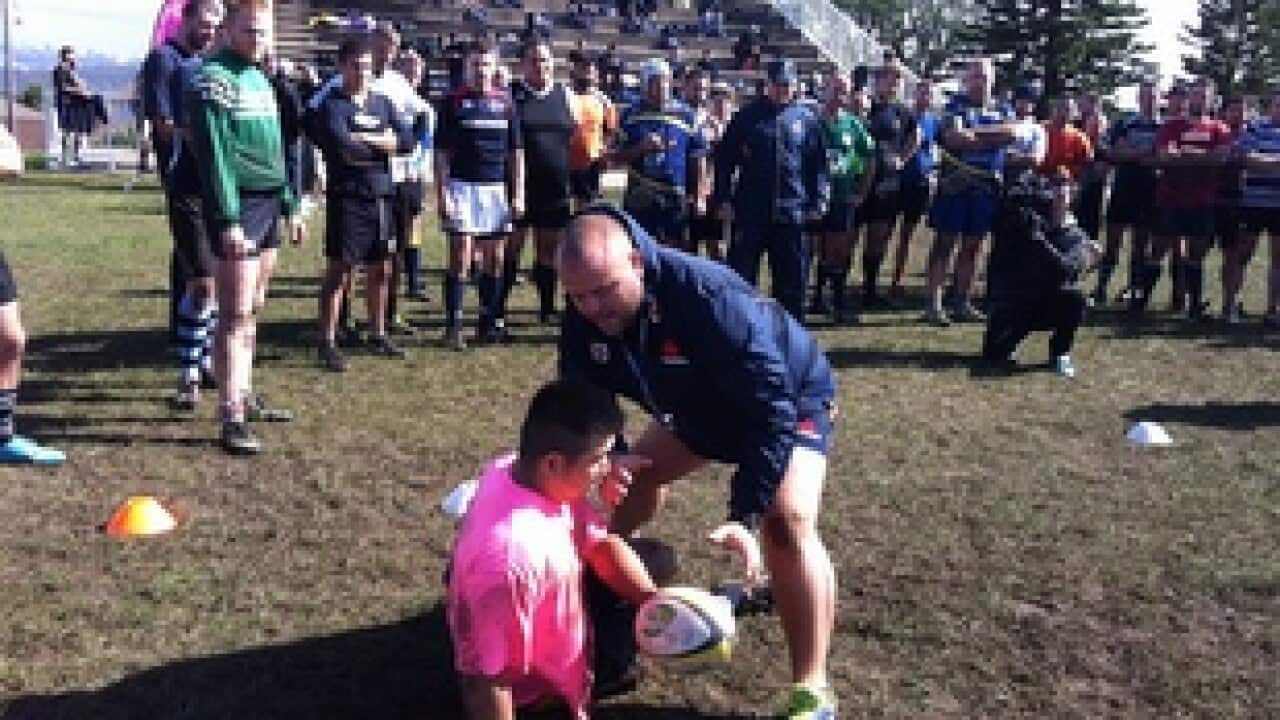 With competition set to start on Friday, hundreds of gay, straight and indigenous players from around the world have gathered in the harbour city to take part in the stereotype smashing event.

Mark Bingham’s mother Alice Hoagland spoke to SBS about the tournament, named after her son who died in the 911 attacks on New York and Washington.

She explained how he used his rugby skills to help bring down Flight 93 before hijackers could fly the plane into the Capitol Building in Washington DC.

Advertisement
“He and about three other guys decided that they weren’t going to put up with being hijacked,” he said.

“Instead of doing that, they were able to make a stand.

“They weren’t able to save their own lives that day, but they did manage to save a good many people on the ground.”


‘The camaraderie and the bits after it are as important’

Wallabies Assistant coach Andrew Blades was on board for an open training session on Wednesday, telling SBS that the camaraderie between the players – totalling 1000 from 15 countries – was as important as the game itself.

“I think the camaraderie and the bits after it are as important as the game itself.

But on the pitch, the reigning champion Sydney Convicts are in the sights of the world's first Gay Rugby team, England’s Kings Cross Steelers.

‘I got all the indigenous players together’

Tomorrow's opening ceremony will see Indigenous members of the Convicts performing alongside the Bangarra Dance group, thanks to the work of Indigenous Convicts vice-captain James Saunders.


Saunders told SBS the idea all started with a phone call to the choreographers.

“Luckily they had the time and capacity to be involved,” he said.

“For the past month and a half now we've been rehearsing with them for the opening ceremony, so I got all the indigenous players together and we're dancing tomorrow night to welcome everyone to country.”

That'll be the centrepiece of the opening ceremony which kick starts the biggest ever staging of the Bingham Cup.

Andrew Purchase, a former teammate of Mark Bingham and tournament president, said it was incredible to see how gay rugby had exploded.

“There are 60 clubs around the world and it’s not just gay, there are straight people that play,” he said.

“It’s really creating an opportunity for those who may not have felt comfortable playing in a team sport to getting out there and doing something fantastic.”

Another former teammate Jason Reinmuller says gay rugby has changed the way many homosexuals feel about themselves, including Bingham himself.


“It’s been one of the most purposeful things I've ever been a part of,” he said.

“It's a very different world than it was 15 years ago and Mark in particular talked about his different worlds -  his identity as a gay man and as a gay rugby player and at the time it was revolutionary.”