A gay man in Singapore will be allowed to adopt his surrogate son. 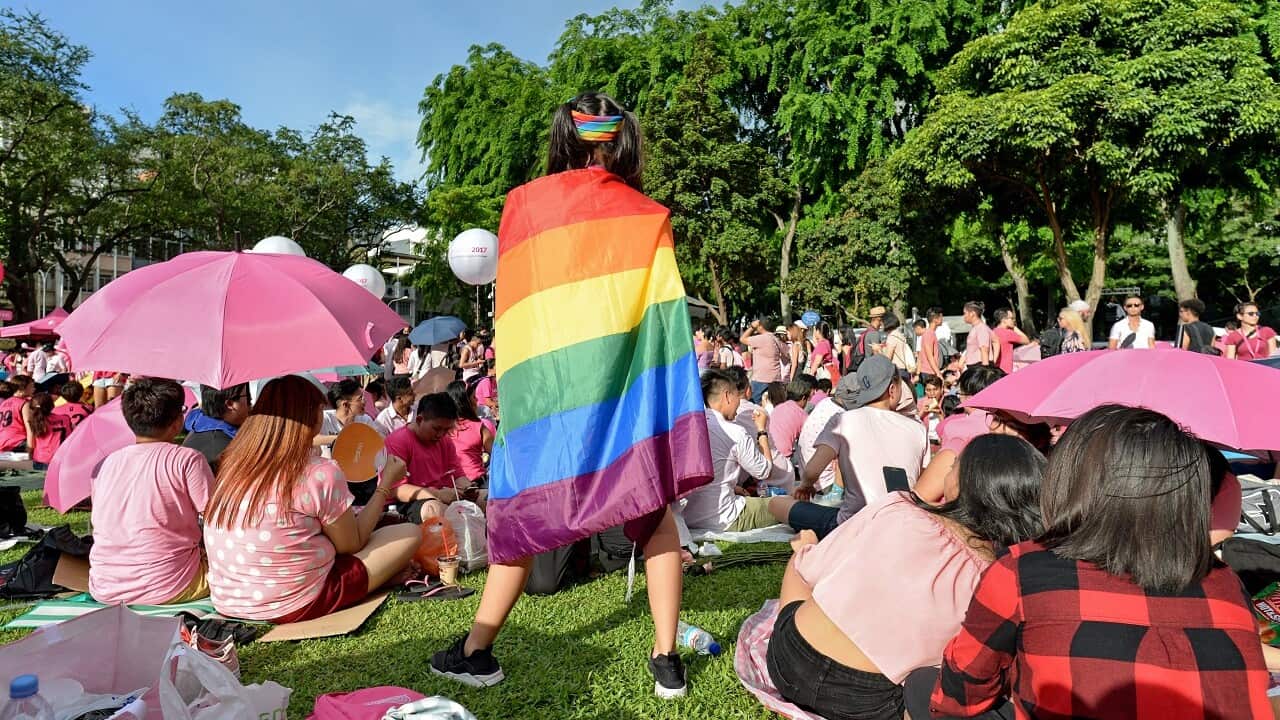 A gay Singaporean man Monday won the right to adopt a child he fathered via a surrogate in the United States, in a landmark court ruling for the conservative city-state.

While Singapore is affluent and modern in many ways, attitudes towards homosexuality are routinely criticised as outdated.

Gay marriage is not permitted and sex between men remains illegal under a law that dates from the British colonial era, although it is rarely enforced.

In the latest case, the man - who is in a long-term relationship - first enquired about adopting in Singapore but was told a homosexual couple was unlikely to get permission.

He found a surrogate in the United States who agreed to carry his child for US$200,000. Surrogacy is effectively banned in Singapore.

A son was born and is now five years old.

The man, a 46-year-old pathologist who has not been identified, brought the boy back to Singapore and applied to formally adopt him, in the hope of securing him Singapore citizenship.

A district judge rejected the initial application in December last year. But he appealed to Singapore's High Court, which ruled in his favour.

Delivering the verdict, Chief Justice Sundaresh Menon said that "the evidence has demonstrated to us that it is very much in the interests of the child that the adoption order be made".

"His prospects of acquiring Singapore citizenship could be significantly enhanced by making an adoption order, which would in turn lead to an overall increase in the stability of his life in Singapore."

But he noted that the decision was related to that particular case and should not be viewed as an endorsement of what the man and his partner had done.

The man's lawyer Ivan Cheong said his client was "overjoyed and happy that at the end of a long adoption process, the child's welfare is upheld."

"At the end of the day, it is about what is in the child's best interests."

The pathologist will still have to apply to adopt his biological son, who currently holds American citizenship.

"LGBT families are families too, and they are just as able to provide a loving and caring home to raise their children in," Choa said.

READ MORE
Gay rights: How they vary around the world

The main battleground between supporters of the LGBTQI+ community and conservatives in recent years has been the ban on sex between men.

The Indian Supreme Court's decision in September
to decriminalise homosexual sex sparked fresh hope for change in Singapore, and a new challenge has been lodged against the city-state's colonial-era law.

Chong said Monday's ruling did not provide a boost for those fighting to overturn the law, as the judge had focused narrowly on the welfare of the child rather than gay rights.