The case of the US Christian baker vs the gay couple who ordered a wedding cake is heading to the US Supreme Court. 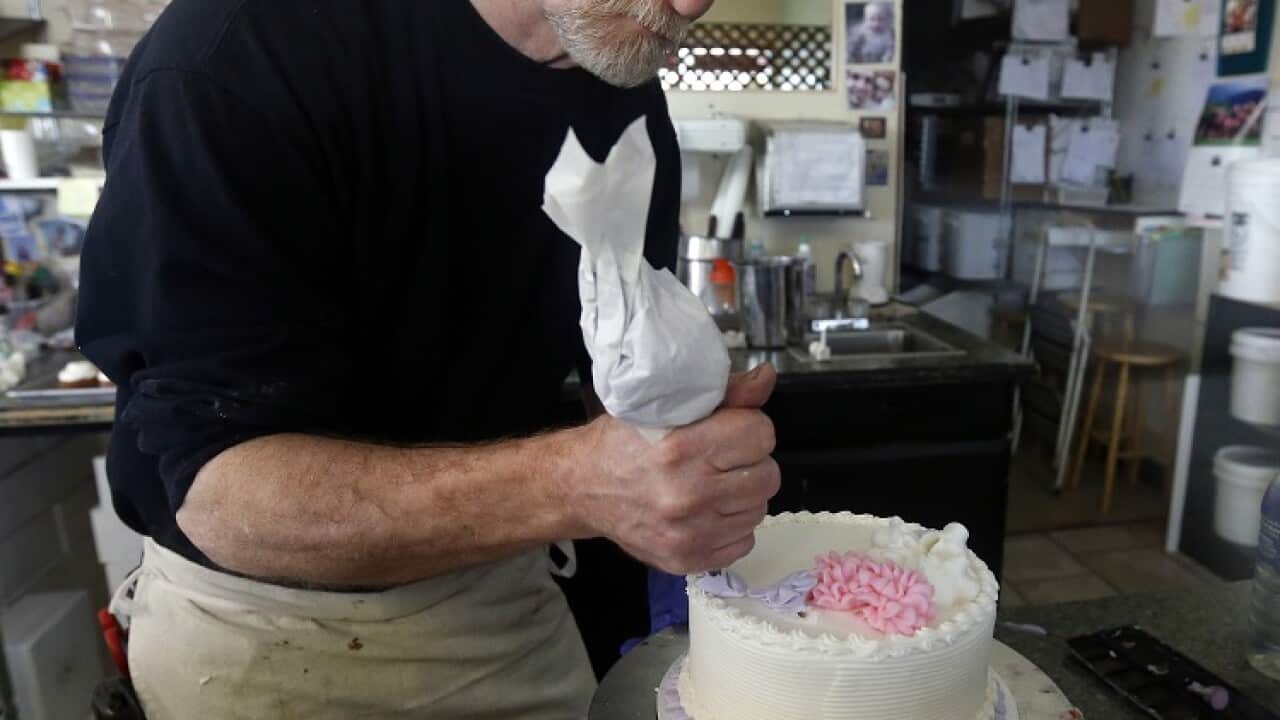 The Trump administration has filed papers at the US Supreme Court backing a Christian baker jack Phillips. Source: AAP

The Trump administration has filed papers at the US Supreme Court backing a Christian baker in Colorado whom a state court ruled against for declining to make a wedding cake for a gay couple.

In the brief, Acting Solicitor General Jeff Wall said Jack Phillips should be exempt from Colorado's anti-discrimination law because making custom cakes is a form of free expression protected under the US Constitution's First Amendment.

The high court agreed in June to hear Phillips' appeal of the state court ruling that his refusal to make the cake violated the anti-discrimination law.

Phillips contends the law violated his constitutional rights to freedom of speech and free exercise of religion.

The court will hear oral arguments and issue a ruling in the case in its new term, which starts in October and ends in June.

The legal fight broke out in 2012 when Phillips told gay couple David Mullins and Charlie Craig that because of his Christian beliefs, his store's policy was to deny service to customers wanting to purchase cakes to celebrate a same-sex wedding.

In the new court papers, Wall wrote that a First Amendment violation occurred "where a public accommodation law compels someone to create expression for a particular person or entity and to participate, literally or figuratively in a ceremony or other expressive event."

Wall said if Phillips wins the case, only businesses that engage in creative acts similar to making a cake would potentially be able to obtain similar exemptions from anti-discrimination laws.

"What the Trump administration is advocating for is nothing short of a constitutional right to discriminate," said American Civil Liberties Union lawyer Louise Melling, who represents the couple.

MORE NEWS:
'We pray for you to intervene': Tutu urges Suu Kyi to help Rohingya
New mums uncertain about vaccination
US cities in bidding war for Amazon’s new $6 billion headquarters