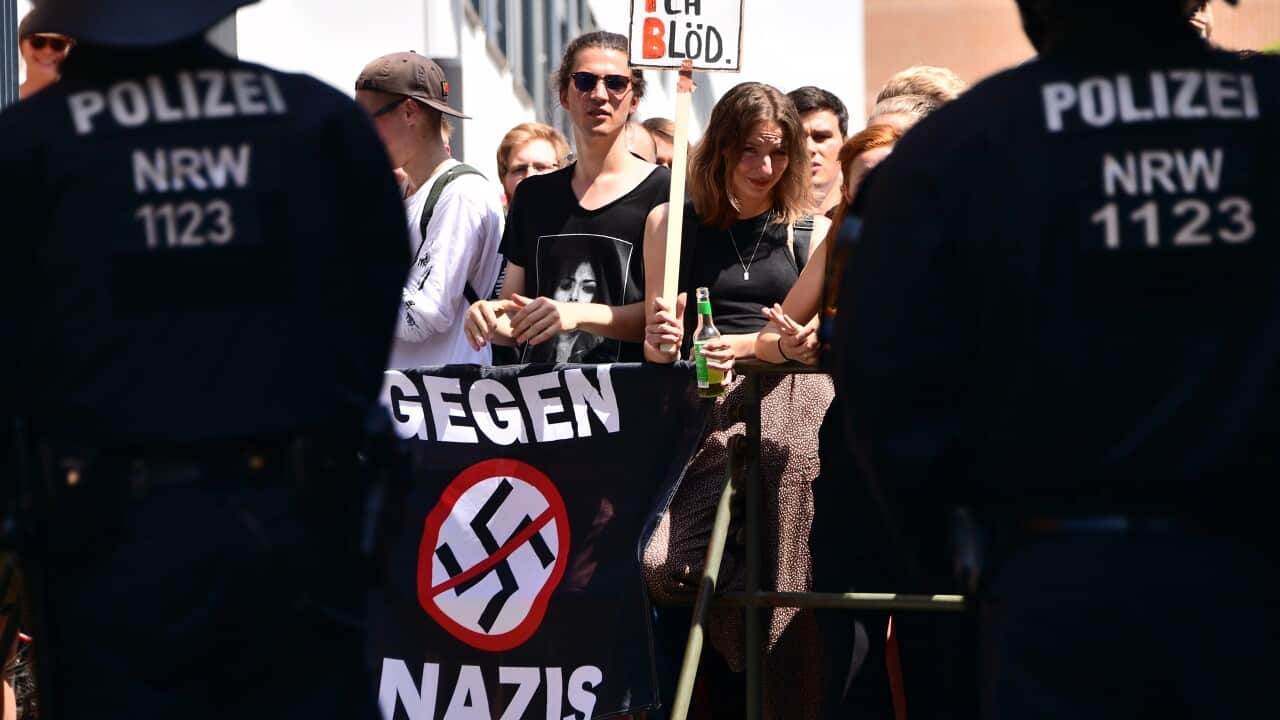 Advertisement
Early on Tuesday, almost 200 police officers began searches of premises linked to 11 alleged members of the group in a number of regional states.

READ MORE
Far-right extremists are seizing on the pandemic to expand their networks, according to a new study