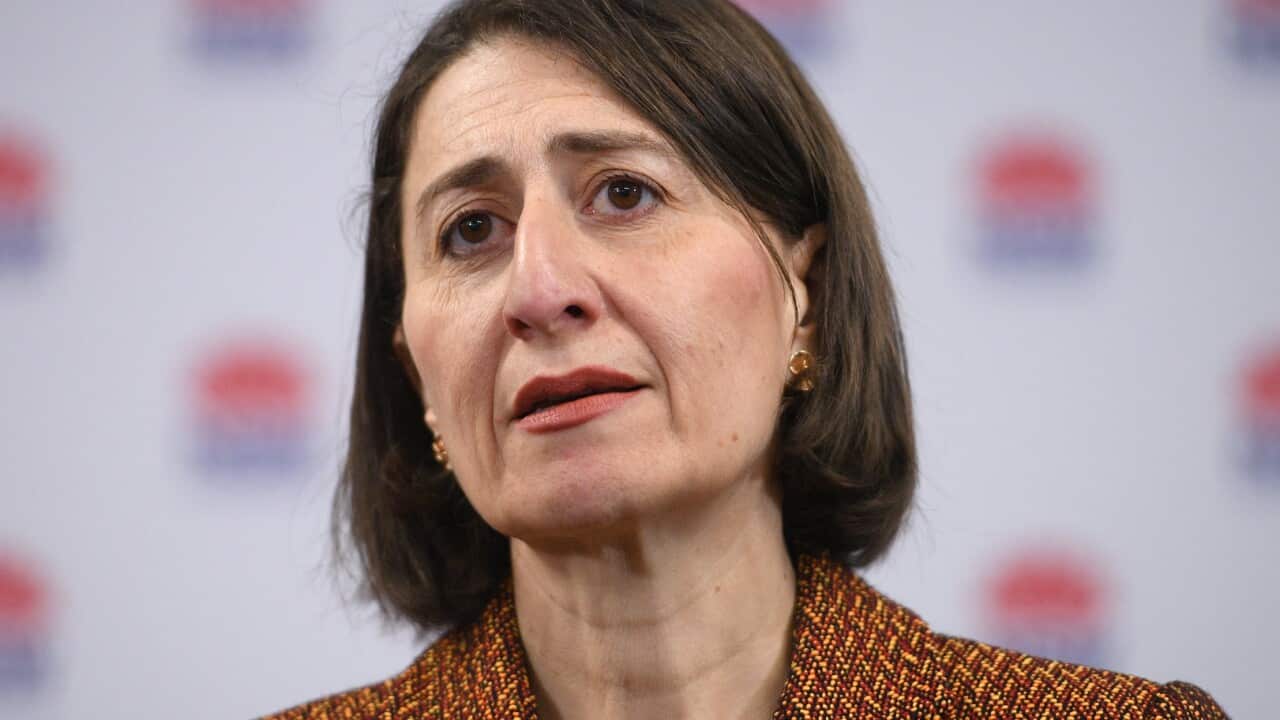 The 10 coronavirus cases in the 24 hours to 8pm on Sunday came from more than 14,000 tests, with six in travellers in hotel quarantine and four from the CBD cluster.

The cluster is associated with the City Tattersalls gym in the Sydney CBD and people who attended the gym between 8am and 2pm on August 19, 21, 23, 24 and 25 are considered close contacts and must self-isolate and get tested immediately.

Advertisement
"It's pleasing to know our fears about the CBD cluster have not yet materialised, in that it's being contained," Ms Berejiklian told reporters on Monday.

"I'm pleased we've got through the winter months as well as we did."

However, a Sydney bus route, gym and pub on Monday became the latest subjects of urgent public health warnings related to the CBD cluster.

Commuters who boarded the same Sydney bus as two confirmed COVID-19 cases have been told to immediately self-isolate. Passengers on the X39 bus that left the CBD at 6.08pm on August 20 and arrived in Randwick at 6.40pm are considered close contacts.

NSW Health is urging everyone to wear a mask while on public transport but Ms Berejiklian is still resisting pressure to make it mandatory as NSW Opposition Leader Jodi McKay reiterates her call to make it compulsory.

"The NSW government recently told bus drivers it would review health advice and guidelines if community infection levels increase, well now it should be clear that health measures are most effective when proactive, not reactive," RTBU secretary David Babineau said in a statement on Monday.

The Tattersalls Fitness Centre in the CBD in Sydney. Source: AAP

In another alert, people who attended Highfield Caringbah pub for more than two hours from 6pm to 8.30pm on August 22 are also being told to immediately isolate and seek testing.

Gym-goers who used Randwick's Fitness First weights room on August 23 from 3.30pm to 4.15pm have also been directed to self-isolate as close contacts of a known case.

Meanwhile, Reddam Early Learning Centre at Lindfield has been closed for cleaning after a staff member tested positive, having worked from August 25 to 27 while infectious.

St Paul's Catholic College in Greystanes is also shut on Monday for cleaning.

Additional alerts for casual contacts were on Monday issued for Woolworths and Chemist Warehouse in Balmain, Sushi Rio in Chatswood and Coles at St Ives.

NSW Health is treating 66 COVID-19 cases, including six in intensive care and four who are ventilated.