The Liberals' Gladys Liu has secured the Victorian seat of Chisholm and has become the first Chinese-Australian woman in the federal lower house. 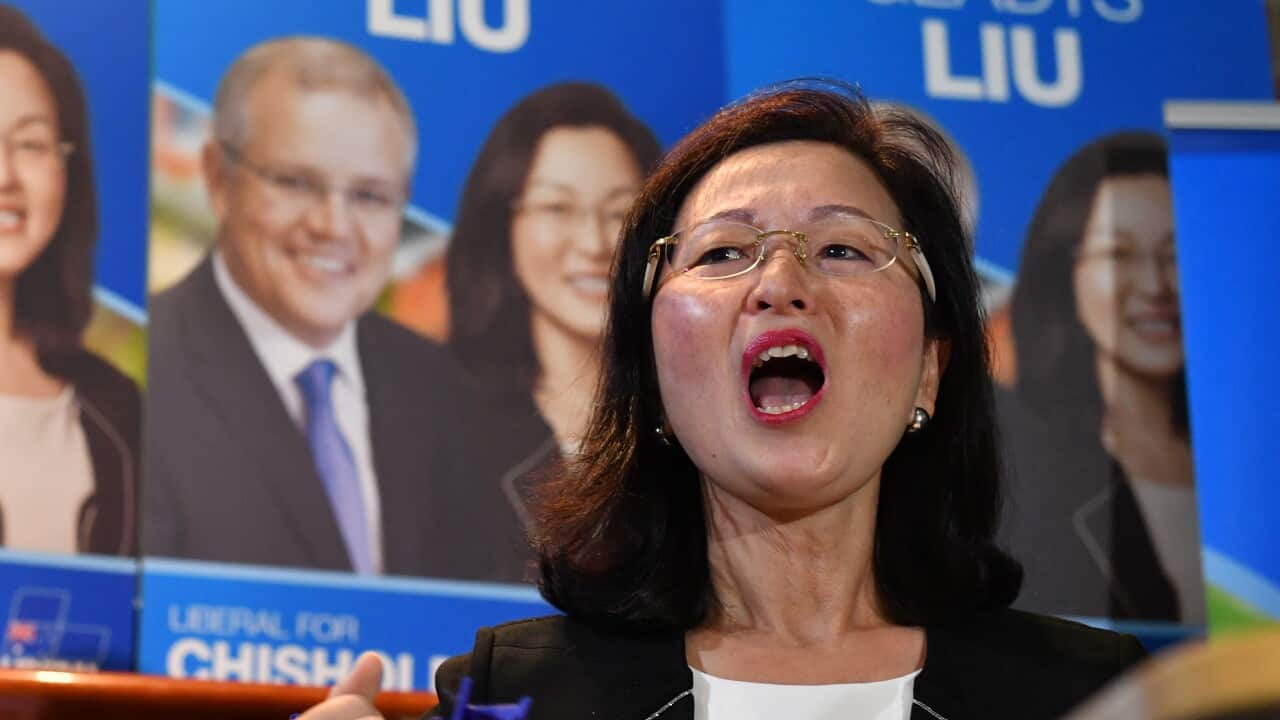 Liberal candidate for Chisholm Gladys Liu is on track to win the seat. Source: AAP

She won against Labor rival Jennifer Yang to secure the Victorian seat of Chisholm.

The seat was held by former Liberal MP Julia Banks, who quit the party to run as an independent in the seat of Flinders against Liberal Greg Hunt.

The campaign in the marginal seat has been marred by accusations of dirty tactics targeting the high proportion of Mandarin speakers in the electorate.

The Liberals were accused of misleading Chinese-Australians
into voting for the party after posters urging voters to put Liberals first on their ballot paper, and mimicking the colours of the Australian Electoral Commission, emerged on Saturday.

The Labor party issued a formal complaint with the AEC over the posters.

AEC spokesperson Evan Ekin-Smyth said the posters did not need to be taken down as they were properly authorised and no laws had been breached.

Speaking about the national election picture on Saturday night, Ms Yang said: "Certainly we had a lot of people come and ask questions about franking credits and negative gearing, so if I get a chance I am able to describe to them the reform that Labor propose, but unfortunately, we are unable to reach all the voters who have perhaps believe the wrong information."