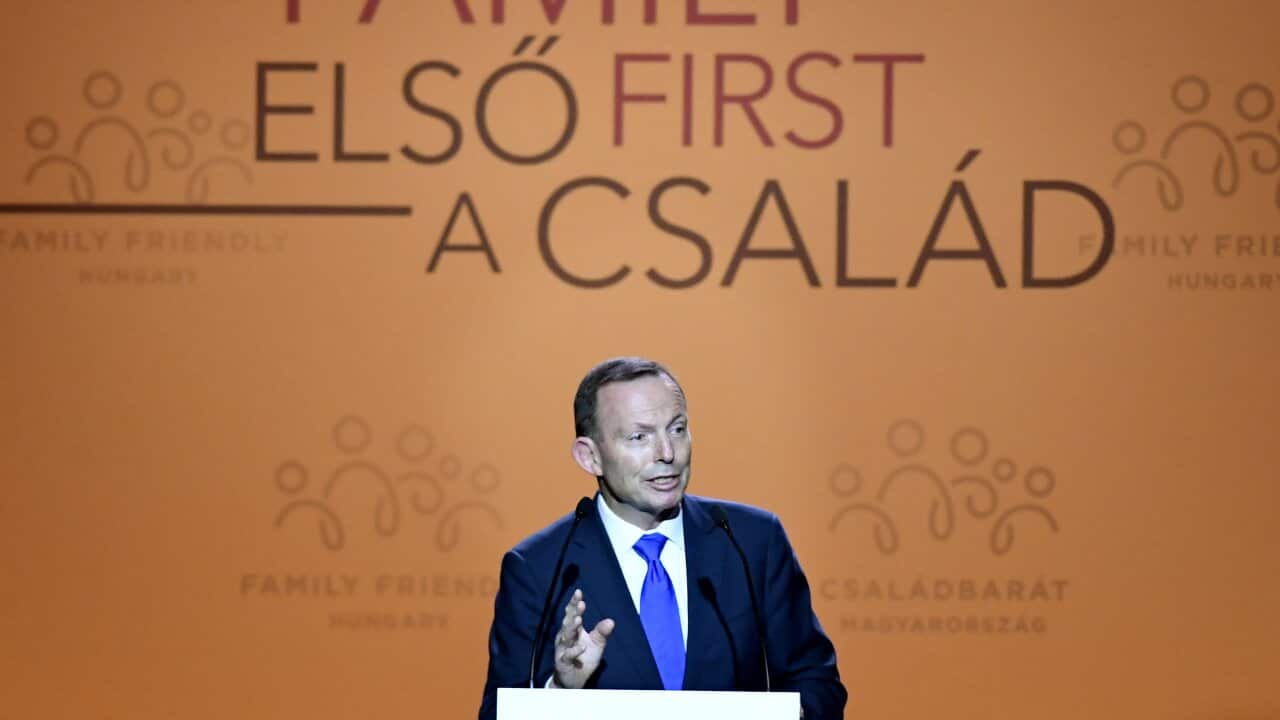 Former Australian Prime Minister Tony Abbott has pushed for
greater birth rates in the West and fewer migrants
during a Hungarian demographic summit aimed at promoting the "traditional family model".