Groups representing culturally and linguistically diverse communities are calling for a cautious approach to criminalising coercive control that gives a voice to already vulnerable victim-survivors. 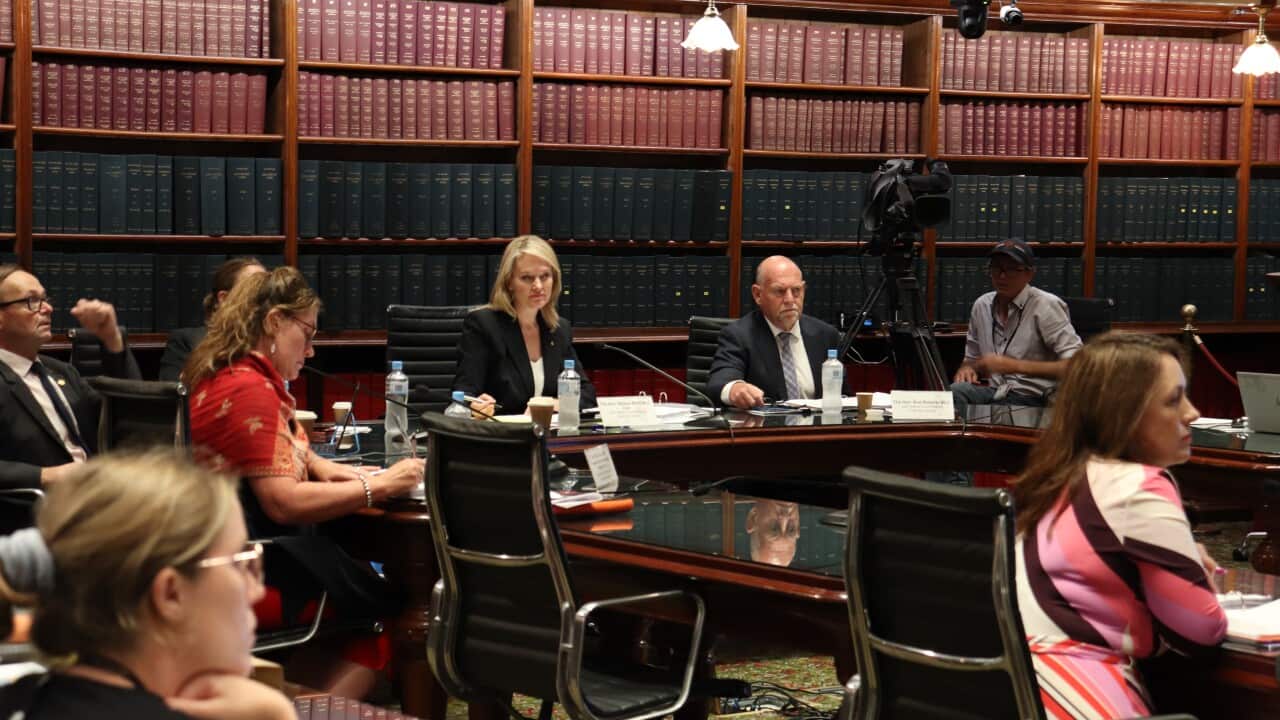 Coercive and controlling behaviours are complex and can look vastly different across culturally and linguistically diverse communities, experts have told a parliamentary inquiry.

Several organisations representing CALD communities appeared at the NSW Parliamentary Joint Select Committee on Coercive Control on Tuesday, calling for a cautious approach to criminalising the pattern of domestic abuse that would protect and not further harm already vulnerable victim-survivors.

Advertisement
Ms Nemat Kharboutli from Muslim Women Australia, a specialist provider of domestic and family violence (DFV) services for CALD and faith-based communities, said while the group supports a coercive control offence in principle, it has concerns about its "potentially problematic" implementations in practice.

The group said there has been a lack of community consultation due to the limited timeframe for submissions to the inquiry, announced by NSW Attorney-General Mark Speakman last October.

"When it comes to protecting and empowering women, good intentions are not enough," Muslim Women Australia said in its submission.

"We must take the time and put in effort to understand how criminalisation may adversely affect CALD and Muslim women in order to holistically protect them."

The state government’s discussion paper defines coercive control in domestic and family violence contexts as “patterns of abusive behaviour designed to exercise domination and control over the other party in a relationship”. That can include physical, psychological, emotional or financial behaviours.

“It is often a process that happens slowly over time and can be nuanced in nature, making it difficult to identify,” it says. “The cumulative effect over time robs victim-survivors of their autonomy and independence as an individual.”

On average, one woman is killed by a current or former partner every nine days in Australia,
according to the paper
. The same figure applies to one man every 29 days.

She said they may experience such behaviours within the extended family setting and from multiple perpetrators, for example a South Asian woman facing dowry-related abuse.

"The patriarchal structure and gender inequality leads to further opportunity for coercive demands for dowry, and when they are not met, it gives rise to violence and abuse," she said.

The Australian government says any act of coercion, violence or harassment associated with the giving or receiving of dowry at any time before, during or after marriage
is a form of abuse.

In NSW, non-physical violence is often prosecuted under offences such as stalking and intimidation.

Ms Kharboutli told the inquiry "integrated needs" of CALD victim-survivors, such as migration status, communication and cultural diversity, must be considered.

"For Muslim women, for example, dealing with police ... intersects with experiences due to terrorism or discrimination, and it has adverse impacts on women’s safety, their opportunities and their interactions with other services," she said.

"It needs to be done strategically. If it’s not going to be adequately resourced, then it's better to consider other options, like civil law processes or expanding existing stalking and intimidation offences."

Mr Peter Doukas OAM, Chair of Ethnic Communities' Council of NSW said while there are risks, criminalisation is the sensible option.

"I think the central point is, if it's not criminalised then what happens? Our position is a very careful approach to criminalising these matters is a sensible one. But it has to be done in context," Mr Doukkas said.

Both Ms Kharboutli and Dr O'Connor argued the definition of 'domestic relationships' should be expanded from intimate partner violence to family-based violence.

"The challenges for legislators would be establishing how such an act could effectively be prosecuted," Mr Doukas said.

The witnesses agreed criminalisation in isolation is not enough to adequately protect and empower victim-survivors.

"We need investment not only critical intervention, but also education of the police and the legal system to actually understand where the coercive control is happening," Ms Cooke said.

Dr O'Connor agreed there needs to be sufficient time to educate CALD communities on the definition of coercive control before any law is introduced.