With coronavirus surging in Victoria as well as an uptick in the number of cases in New South Wales, questions are being asked of the government's touted CovidSafe app. 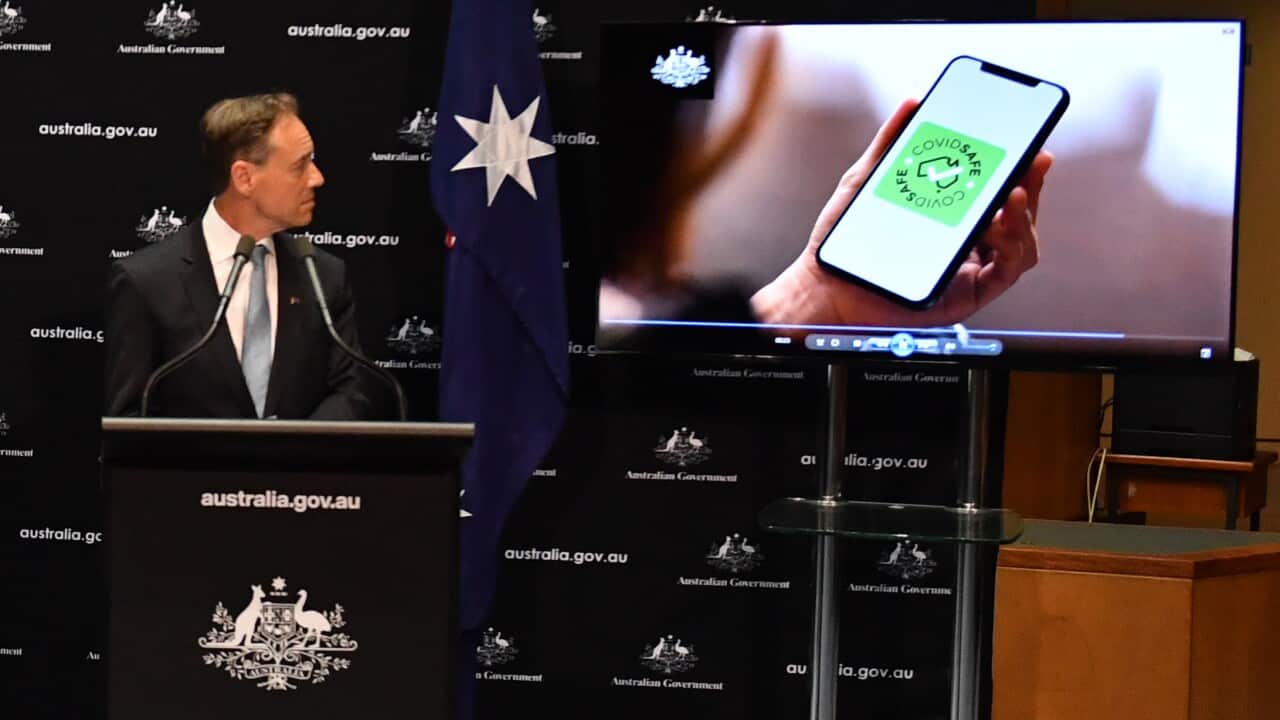 The CovidSafe contact tracing app was much hyped by the federal government and touted as a crucial tool that would keep Australians safe while coronavirus lockdowns were lifted.

"That is Australia's ticket to a COVID-safe Australia where we can go about doing the things we love doing once again," Prime Minister Scott Morrison said in April.

Now, with a surge in cases in Victoria leading to the lockdown of millions in metropolitan Melbourne, as well as an uptick in the number of cases in New South Wales, questions are being asked of the app.

“We were told by the government that it would be a critical element in being able to trace people and we know that has not occurred for a single person. So, this is, at this stage, it would appear that it's a $2 million dud,” he told reporters.

“The government has to explain why it is that once again there's a gap between what the government said was going to occur and what actually has occurred.

"And this is something that characterises this government, talking things up big but when it comes to delivery, there's a significant gap there, between delivery and promise."

NSW Labor MP Anoulack Chanthivong recently entered self-isolation after attending the Crossroads Hotel, which is at the centre of an emerging cluster in Sydney.

NSW Labor leader Jodi McKay said Mr Chanthivong had previously downloaded the app, but had not been contacted by Monday evening.

The outbreak at the Crossroads Hotel is now linked to 28 cases, with New South Wales recording another 13 cases on Tuesday.

The surge has overwhelmed the state's contact tracing efforts, with Australian Defence Force members deployed to help Victorian authorities and Mr Andrews flagging further tracing help could be on the way.

Earlier in July, Victoria's Chief Health Officer Brett Sutton warned that the state was battling to stay on top of the contract-tracing effort.

'I wouldn't call it a failure'

"I wouldn't call it a failure at all. Many, many people actually did download and are using the COVID app, and I would encourage them to keep doing that," she told reporters.

"It is one of the tools that is used for contact tracing. And it is a very important mechanism as well."

"It is picking up cases that the contact tracers are also picking up but clearly we need as many people to have the app downloaded as possible if we are going to be able to pick up those people who people do not know," he said.

More than 6.2 million Australians have downloaded the app, with a surge in downloads in the early weeks of its release in April before downloads tapered off.

Thinking Cyber Security chief executive Vanessa Teague said there were initially some bugs in the app, although a number of these had recently been improved.

Ms Teague said one issue was that many people were still running older versions of the app on their phone due to issues updating.

“We do know there are some bugs which impact how it is used, and while many of these bugs have been fixed we know that it’s not updating reliably," she said.

"So the most important thing to say is that if you are running it you need to make sure you are running the most recent version of it, it is functioning better, not perfectly, as the old version used to."

There has been widespread criticisms of the app. Source: AAP

Initial versions of the app failed to work in the background and required users to have the app open to be effective.

Ms Teague said it might not be fair to criticise the app for not picking up new contacts of people with COVID-19 due to the fact that many people with limited contacts at the moment would remember who they have seen and been with.

“What would be a much more interesting statistic would be when a person remembers a contact and they were both running the app, what fraction of a time does the app accurately record that contact? That would actually tell us about the reliability of the process,” she said.

“If we are looking at the code there are clearly situations where it isn’t working as it is meant to. We don’t know the practical impact of that whether it is killing it and not making it useful at all or where in practice most people are running a recent enough version that it works,” she added.

The United Kingdom recently decided to scrap its coronavirus tracing app, which was similar to Australia’s.

Instead, it has switched to using Apple and Google tracing options.

Ms Teague said it was worth Australia considering doing the same thing.

“We can see that COVIDSafe is not working reliably all the time, we don’t know if the Google and Apple versions are, but it’s a pretty safe bet that something supported by the companies that run the operating system of those major phone manufactures will work more reliably,” she said.

Dr Danielle Currie from the Sax Institute said that smart phone apps still had a huge role to play in stopping the spread of the virus in a second wave.

“Up until recently Australians have been in a very fortunate position and there weren’t many cases for the app to detect. So it’s a bit hard to judge the benefits of the app itself, because we didn’t have the cases. As we have more cases coming up it has an opportunity to prove its worth, but it’s difficult to prove its worth when there haven’t been enough downloads of it,” she said.

She said for the app to reach its full potential more people needed to download it.

“There have been tech issues, but we know the technology exists and our model has shown the benefit if there was wide spread downloading of the app and if the technology issues were addressed,” she added.