The video of a young woman smearing a milkshake over her partner's face without his permission is one of two videos designed to explain consent that have been pulled from 'The Good Society' website. 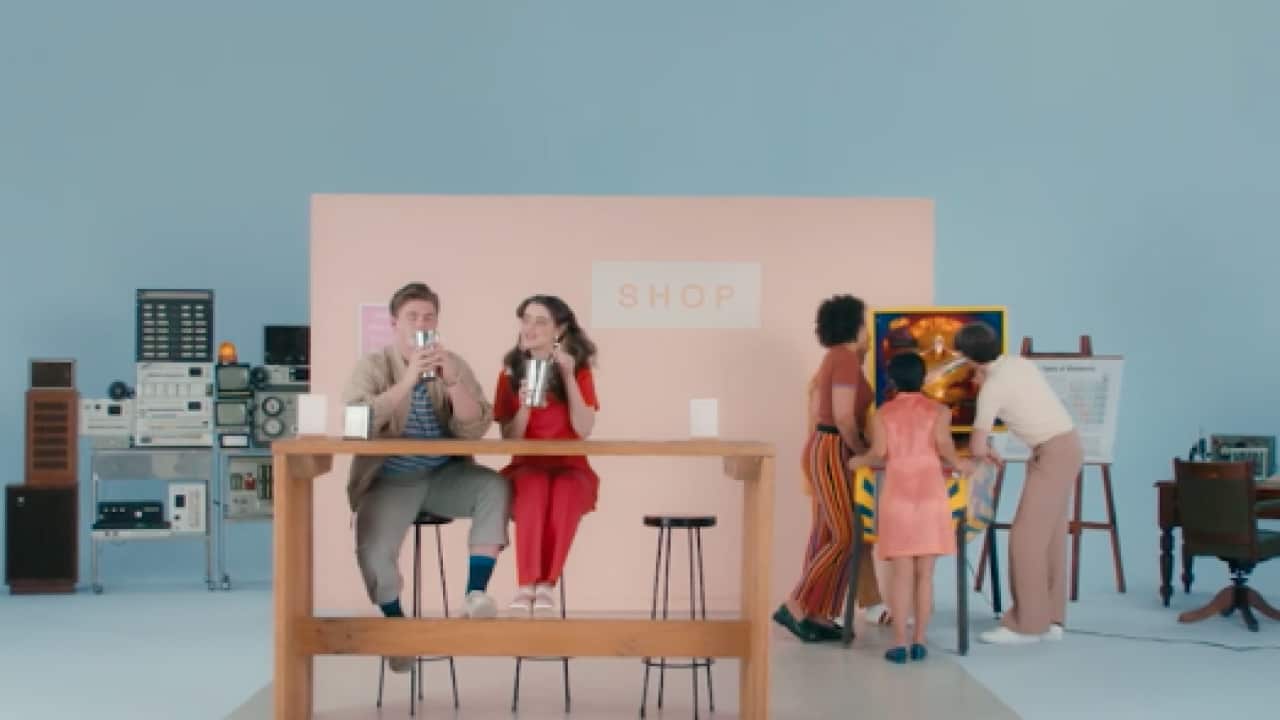 The federal government has removed two videos from its new online resource about sexual consent and respectful relationships following community and stakeholder backlash.

The suite of videos, digital stories, podcasts and other materials on
'The Good Society' website
was launched last week, as part of the government's $7.8 million Respect Matters program.

But the resource
has faced significant backlash from rape prevention advocates
, women's rights groups and politicians for its simplistic and often confusing messaging around sex and consent.

Dr Michele Bruniges - secretary of the Department of Education, Skills and Employment - said on Tuesday that "in response to community and stakeholder feedback, two videos have been removed".

"The website contains about 350 resources aimed to support teachers and parents to educate students across all age groups about respectful relationships more broadly," Dr Bruniges said in a statement.

"The website is designed to be a live and dynamic resource, with content added, removed, and modified, to ensure it remains current and appropriate.

"The department will continue to engage with experts to evaluate the materials that appear on the website to ensure they are fit for purpose and reflect current experiences and community issues."

One of the deleted videos was included in a consent module for year 10 to 12 students titled 'Moving the line basics'. It showed a young woman asking her male partner to try her milkshake. When he says he's happy with his own, she smears her milkshake over his face without his permission.

In this instance, the perpetrator is a woman, despite government research showing
97 per cent of sexual assault offenders recorded by police during 2018-2019 were men.

The second deleted video featured a man with a spear gun who attempts to coerce his female partner to go swimming despite her fear of sharks.

In a statement on 14 April, the education department said the government invested $7.8 million in its Respect Matters program "to support and promote positive attitudes, behaviours and equality in schools to help prevent domestic, family, and sexual violence".

AusTender documents show 'The Good Society' website was developed by Liquid Interactive - a digital agency in Brisbane - for about $3.8 million.

According
to a contract notice
, the Department of Education, Skills and Employment commissioned Liquid Interactive via open tender to produce “online learning solutions - educating against domestic violence”.

The education department did not respond to questions about the cost of the videos. Liquid Interactive has also been contacted for comment.

On its website, the digital agency says it has produced several projects for other government departments and agencies, including the Department of Health and the Australian Bureau of Statistics.

One page on the agency's website includes a screenshot of 'The Good Society' homepage.

State education ministers have distanced themselves from the federal government's resource, with Victoria's James Merlino calling for all content to be pulled from the site.

"I was pretty disappointed. It was confusing. It was cringeworthy. It just did not hit the mark," Mr Merlino, who is also the state's acting premier, told reporters on Tuesday.

Rape prevention groups Fair Agenda and End Rape on Campus Australia (EROCA) are
calling for a review of all of the materials through engagement with violence prevention experts.

The groups say the resources fail to meet the National Standards for the prevention of sexual assault through education.

Mr Merlino said he would not be recommending the resource to Victorian schools.

"It's a missed opportunity about an issue that's really important," she said on Tuesday.  "I think we should be a lot more upfront with young people when we talk about these issues."

"That video is belittling to Australian youth and was clearly not expert informed. I know what consent is and I am confused by the message."

Australian of the Year Grace Tame, a staunch advocate for survivors of sexual abuse, said the video is "problematic in so many ways".

"I think it’s just insulting to the intelligence of everyone, not just adults, but to children as well," she told the ABC's The Drum program on Monday night.

“It also minimises the experience of rape trauma, it fails to really address the nuances of this complex issue of consent. I think this is just indicative of poor leadership, of a poor understanding of how serious this issue is."

In the 14 April statement, the Department said the 'Respect Matters' program was developed in "conjunction with Our Watch, the eSafety Commissioner and the Foundation for Young Australians, as well as parent, community and principals’ groups".

But both organisations
have since clarified their involvement.

In a statement on Monday night, an education department spokesperson told SBS News, "content on The Good Society website was created by experts and reviewed by a Resource Review Group of subject matter experts".