Australian surveillance planes have helped save 41 asylum seekers from drowning at sea in the Indian Ocean. 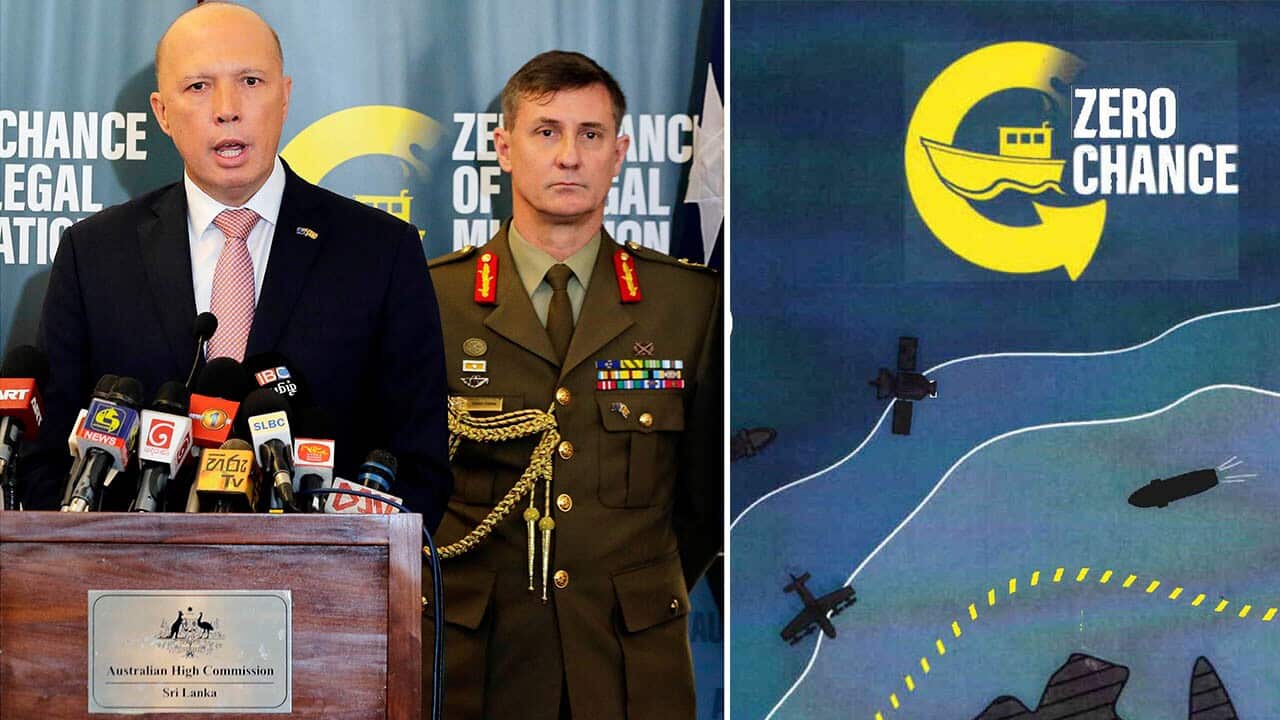 Australian surveillance planes have helped save 41 asylum seekers from drowning at sea in the Indian Ocean. Source: AAP

The 41 asylum seekers were sailing from Sri Lanka to Australia 10 days ago when their vessel started to sink in the Indian Ocean.

Advertisement
An Australian surveillance aircraft assisted members of the Sri Lankan Navy to rescue those on board.

Major General Furini, who is in Sri Lanka with Home Affairs Minister Peter Dutton, praised the country's navy for pulling off the rescue.

"Australia remains committed to protecting its borders, stamping out people smuggling and preventing people from rising their lives at sea," he said in a statement.

"As these events show, Australia cooperates closely with partner countries to end the dangerous crime of maritime people smuggling - both before and after boats actually take to the water."

It is the second vessel to attempt to
reach Australia in the past month, and the third since March.

Several other boats are believed to have been detected in recent weeks.

The announcement coincides with the government launching its new "Zero Chance" campaign, aimed at deterring people from using people smugglers to gain entry to Australia.

New material, obtained by SBS Sinhalese,
urge illegals immigrants to not try and make the trip in a variety of languages.

Some of the new "Zero Chance" policy material released by the Australian government. Source: Australian Government

"The election has not changed Australia's tough border laws," the material states.

Other material describes the 29 May interception of the illegal immigrants heading to Australia from Sri Lanka, going on to claim that every people smuggling boat attempting to reach Australia in the past five years has failed.

Operation Sovereign Borders was initially rolled out in 2013 and according to government material has returned 847 people from 35 separate people smuggling ventures to their country of departure or origin.

Some of the new material released by the government. Source: SBS Sinhala

Earlier this week Labor's new Home Affairs spokesperson Kristina Keneally has criticised Mr Dutton for allowing the number of asylum seekers arriving by plane to blow out as she defends her credentials on border security.

But Mr Dutton was quick to respond by attacking Labor's record on people smugglers.

"Because, when you look at all that she has said over a number of years, there couldn't be anyone less qualified in the Labor party to be the Home Affairs shadow minister," Mr Dutton told reporters on Sunday.