Australian of the Year Grace Tame is calling for a national definition of consent to be implemented across Australia to ensure the principle is understood. 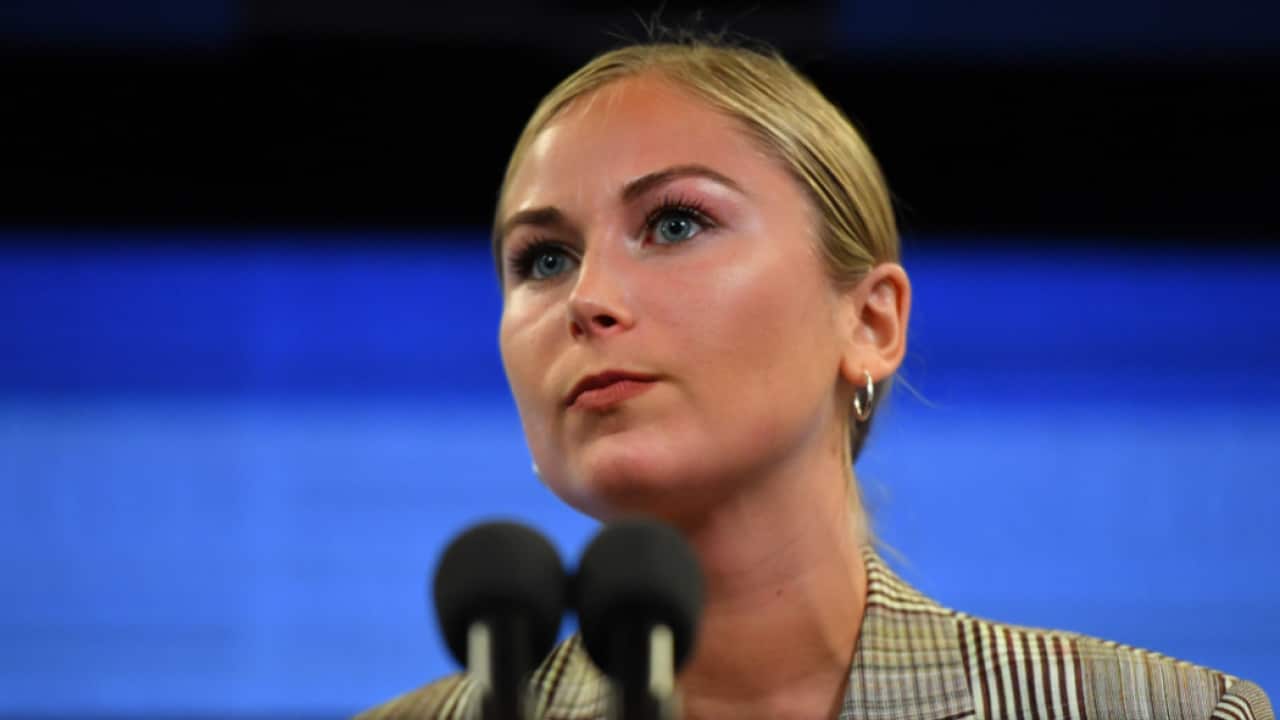 The 26-year-old appeared before the National Press Club on Wednesday - delivering a powerful speech addressing her own experience with sexual assault and the need for more action to help others.

Mr Morrison has said he spoke with his wife Jenny after Ms Higgins, a former Liberal staffer, shared her distressing allegations of being raped inside a ministerial office in Parliament House.

"Jenny and I spoke last night and she said to me, you have to think about this as a father. What would you want to happen if it were our girls?" he told reporters at the time.

Asked about Mr Morrison's response, Ms Tame said: "It shouldn't take having children to have a conscience."

"And actually, on top of that, having children doesn't guarantee a conscience," she said.

Ms Tame was also asked whether she believed Mr Morrison was creating an atmosphere where survivors are believed - in light of his previous comments calling for this to take place.

Ms Tame used her speech to call for reforms on a 'national scale' to address the challenges facing women coming forward with sexual assault allegations and break the silence around child sexual abuse.

Her address included gut-wrenching details of her own experience of being groomed as a 15-year-old and her strength to speak out following this abuse.

She said a conversation need to be accepted around child sexual abuse, as well as a greater understanding of the "grooming process" and "consistent national framework" that supports survivors.

Ms Tame has also called for a uniform, national standard of sexual consent needed to be implemented to effectively teach this principle across Australia.

"To our government - our decision-makers, and our policymakers - we need reform on a national scale. Both in policy and education," she said.

"To address these heinous crimes so they are no longer enabled to be perpetrated. It is so important for our nation, the whole world, in fact, to listen to survivors' stories. The more we come out and speak about this, the more the conversation will be normalised."

Ms Tame's speech also comes in the wake of a senior government minister being accused of the historical rape of a woman in 1988.

She said witnessing sexual assault allegations being levelled at the highest levels of Australian politics did not surprise her.

"It's not surprising me to me at all. Coverup culture, the abuse of power, is not unique to Parliament," Ms Tame said.

"It is heightened right now, because it's happening in the centre of our country, in Parliament, but like I said it's not unique to Parliament."

She said General Campbell's rhetoric was "not helpful".

"That feeds the idea that this is something that a victim has to foresee and stop themselves, [as] if they’re to blame. And that is really unhelpful," she said.

Ms Tame was recognised with the Australian of the Year honour for her advocacy on behalf of sexual abuse survivors, particularly her fight to overturn Tasmanian laws preventing them from speaking out.