Federal Health Minster Greg Hunt hopes medical authorities will give the Moderna vaccine a tick of approval for 12-year olds and above in the next fortnight. 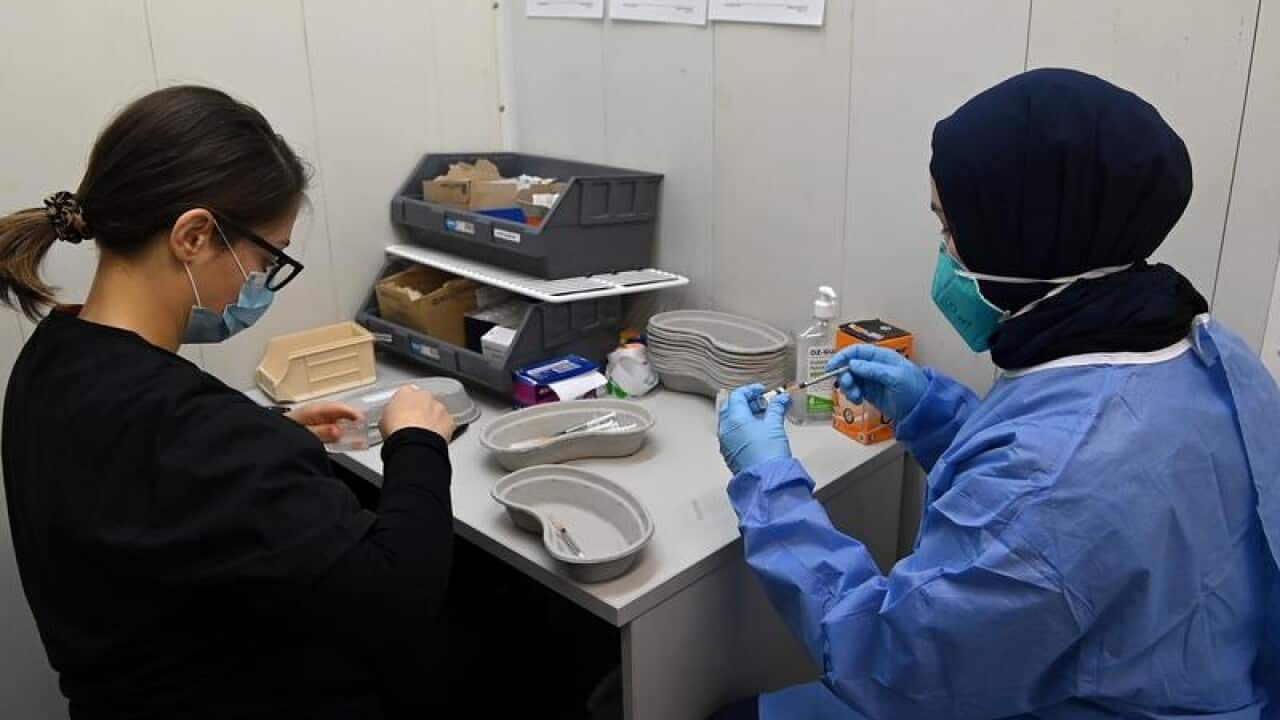 Health Minister Greg Hunt hopes the Moderna vaccine will soon be approved for 12- to 17-year-olds. (AAP)

Health Minister Greg Hunt expects to be able to make the Moderna coronavirus jab available to young Australians as the vaccination program ramps up in coming weeks.

The Therapeutic Goods Administration has already given the green light for the Pfizer vaccine to be available for 12-year olds and above, with bookings to start from September 13.

"This fortnight we're expecting to get advice from the TGA on Moderna for 12 to 17 year olds ... I'm hopeful that will be added which will give a second vaccine," Mr Hunt told Sky News' Sunday Agenda program.

"As additional vaccines come on board, we will make sure that every Australian has the opportunity to be vaccinated at the earliest possible time."

As of Saturday, more than 56 per cent of Australians aged 16 and above had had one jab, while nearly 34 per cent had had two doses.

Under the national COVID-19 recovery plan, the easing of virus restrictions will begin when double-dose vaccinations of 70 and 80 per cent in over 16-year olds have been reached.

Labor's health spokesman Mark Butler believes it would be better if over-12s were included in those targets.

"I have said, as have a number of premiers, that they should be counted as part of the 70-80 per cent threshold," he told ABC's Insiders program.

"If they are eligible for the vaccine, other groups are really only gaining eligibility for Pfizer vaccines now ... what is the argument for not including them. They get the virus, they can get unwell, they can pass it on to other people."