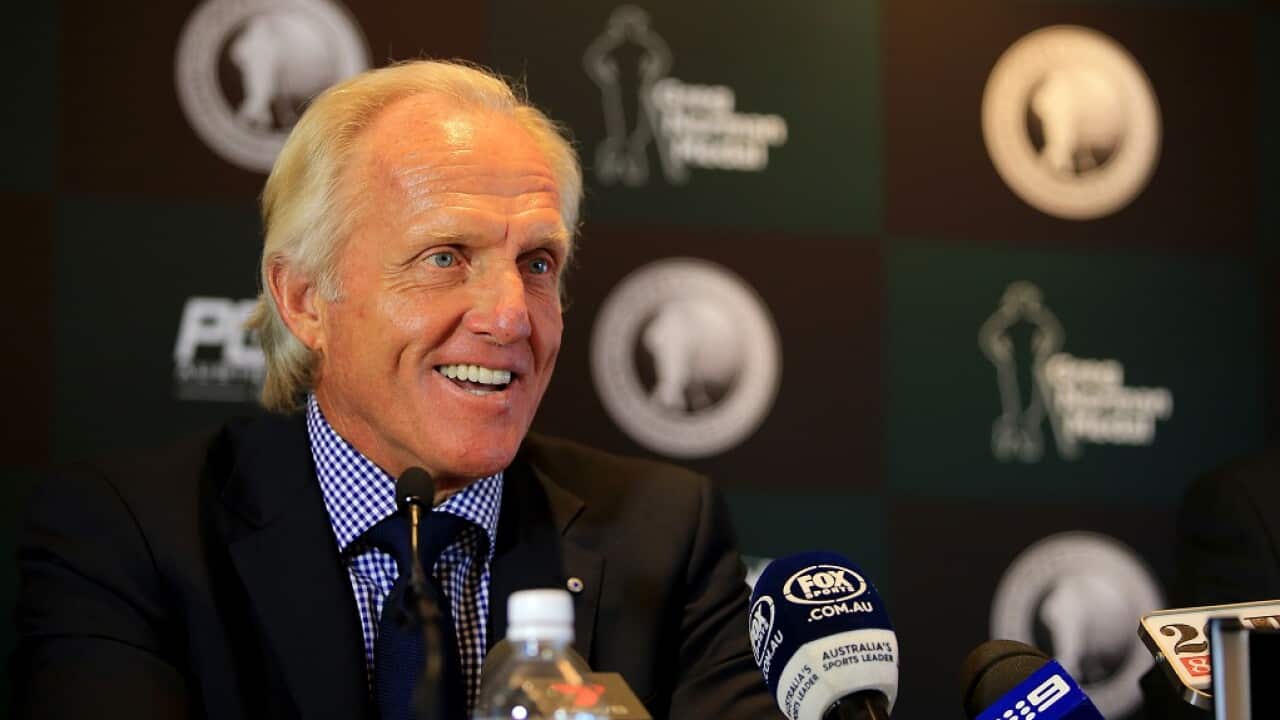 Julie Bishop has confirmed Greg Norman has been enlisted to lobby for an Australian exemption from trade tariffs. Source: AAP

She confirmed Norman wrote a letter lobbying the president for an Australian exemption.

"We're calling in all contacts at every level," Ms Bishop said.

Advertisement
Mr Trump announced on Thursday the tariffs would go into force in 15 days and US Trade representative Robert Lighthizer would lead negotiations with nations ahead of the deadline.

The foreign affairs minister, who is in the US at the moment, said she would not have time to meet Mr Lighthizer before she flew back to Australia, but flagged Australia's ambassador Joe Hockey and the embassy in Washington DC would be making representations.

"We're all over it," Ms Bishop told ABC Radio.

Australia appears to be in a good position to avoid Mr Trump's hefty steel and aluminium tariffs.

Mr Trump did not specifically name Australia at a signing ceremony on Thursday at the White House that put the tariffs in motion, but he indicated a path would be created for "great partners and military allies" to sidestep America's new 25 per cent tariffs on steel imported into the US and 10 per cent on aluminium.

US allies and trading partners are scrambling to determine how they might be impacted, with Australian Trade Minister Steve Ciobo admitting there "is a vacuum of information".

Nations can apply for exemptions, something Ms Bishop - who is in the US this week, said Australia will do.

"We have to protect and build our steel and aluminium industries while at the same time showing great flexibility and co-operation toward those who are really friends of ours both on a military and trade basis," Mr Trump said at the White House ceremony.

Mr Trump appears to be using the threat of tariffs as leverage to win better deals for the US as it renegotiates the North American Free Trade Agreement with Canada and Mexico and force North Atlantic Treaty Organisation members in Europe, particularly Germany, to spend more on their military.

"We will hold off the tariff on those two countries (Canada and Mexico) to see whether or not we are able to make the deal on NAFTA," Mr Trump said.

He also admonished Germany for not contributing more to NATO.

The president earlier on Thursday, without being prompted, singled out Australia with praise in a strong sign Australia would not be hit by the tariffs.

"We have a very close relationship with Australia," Mr Trump told reporters at a cabinet meeting.

"We have a trade surplus with Australia. Great country. Long-term partner. We will be doing something with them."

Mr Trump also announced plans to encourage foreign steel and aluminium producers to build plants in the US.

"We will not place any new tax on product made in the USA," Mr Trump said.

"So there's no tax if a product is made in the USA."