On the sixth anniversary of the Australian government's apology to the Stolen Generations, grandmothers from Gunnedah have protested against what they say is a new generation of stolen children. 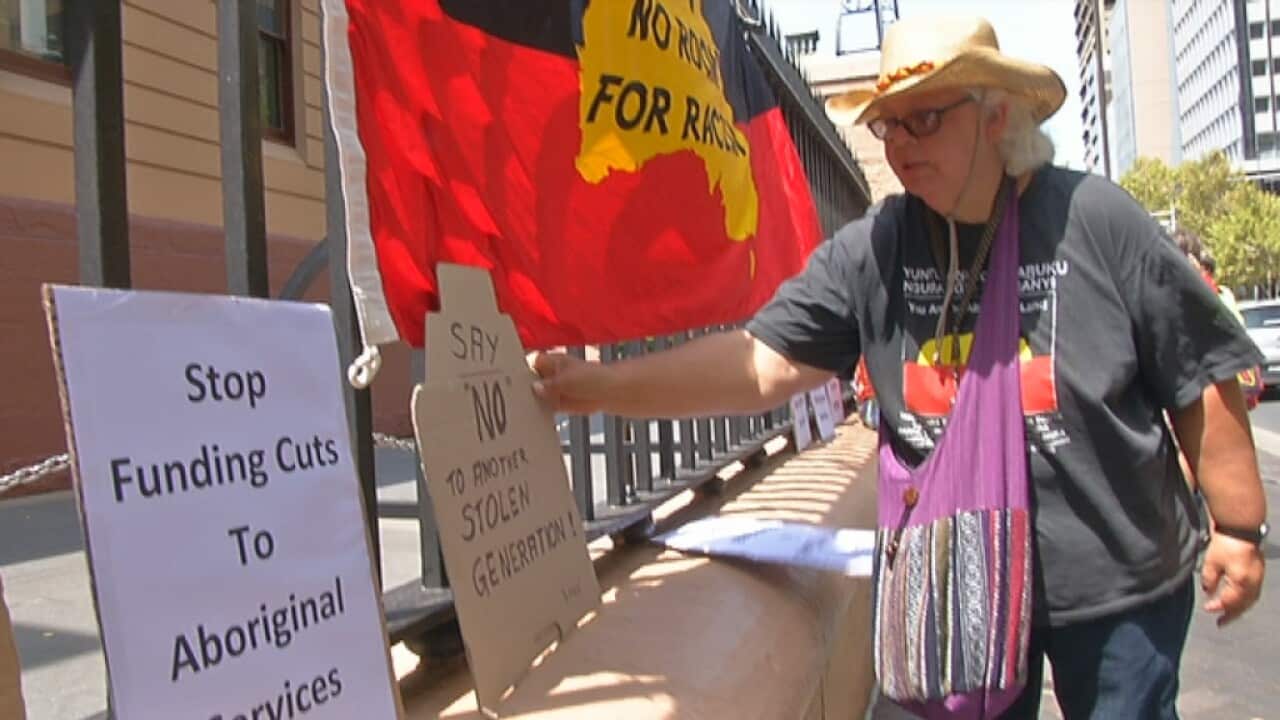 The group Grandmothers Against Removals was formed in January in an effort to highlight the process of removal used by the New South Wales Department of Children’s Services.

The New South Wales Greens say the number of children taken since the Stolen Generations Inquiry in 1997 has tripled.

"When the 'Bringing Them Home Report' was released in 1997 about the Stolen Generations there were a little under 3000 kids in long term care across Australia," said Greens member, David Shoebridge.

Advertisement
"We wind through to 2012 and there's been effectively a five-fold increase in the number of children that's been taken from Aboriginal families from across Australia."

With around 6,000 Aboriginal children currently in out-of-home care in New South Wales, the Grandmothers Against Removals refuse to remain silent.

They say it’s time to be the voice for other families and children who feel unable to speak against the system being accused of creating a new stolen generation.

"Our children, they have silent voices," said Gunnedah grandmother Aunty Hazel. "We as their grandparents, as their families, we need to be their voices for our little babies. We want our babies home, this cannot be continued."

Six years ago, former prime minister Kevin Rudd apologised to the Stolen Generations for past Australian policies of forced removal.

But today that apology held little meaning to the grandmothers.

"Sorry they still doing it, they still taking our children so I think saying sorry is gammon," said Gunnedah grandmother Karen Fusi.

Ms Fusi travelled from interstate to share her story and to get her grandchildren back from the Queensland Department of Child Protection.

"I hope that they listen to the mothers here because my daughter committed suicide because she couldn't fight DOCS (Department of Community Services) anymore. I took my case to the federal court and I won and I just hope that Aboriginal people can keep on fighting to get their children back," said Ms Fusi.

The grandmothers and the NSW Greens are placing a direct challenge to the New South Wales Government, saying its removal policies are not working.