Hanson's message is a recipe for hate and division: Soutphommasane 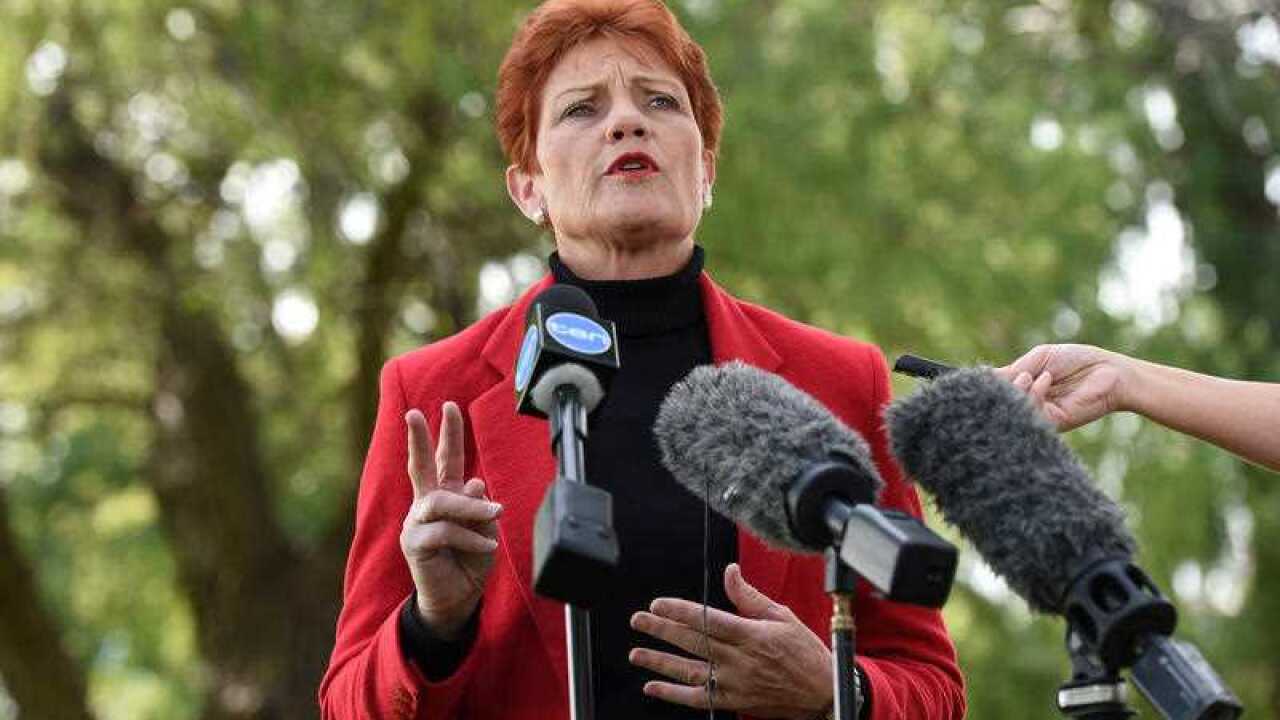 One Nation's Pauline Hanson takes questions from the media during a news conference in Brisbane, Monday, July 4, 2016. Source: AAP

At a media conference in Brisbane on Monday, Ms Hanson advocated a ban on burqas and called for a royal commission into Islam, as well as linking the religion with terrorism and preaching hate.

Her party, One Nation, has also been pushing for the introduction of surveillance cameras in mosques.

She said many Australians were now seeing she was right when she used her maiden speech in Parliament almost two decades ago to warn of an influx of Asians.

Advertisement
But Race Discrimination Commissioner Dr Tim Soutphommasane has cautioned against Ms Hanson’s inflammatory and provocative remarks, saying they could fuel discord within the community.

"It is concerning when we see elected political representatives appealing to xenophobia and using inflammatory rhetoric," he said.

“These are things aren’t helpful to community harmony, and they’re a sure recipe for hate and division.”

He said the comments were especially dangerous in the current global political climate.

“Consider what’s happened in the United States with the rise of Donald Trump and the violence that has occurred at his rallies and we’ve seen reports of a spike in racist attacks following the Brexit vote.

“These are all signs of how we have to be very careful about the language we use in our political debates, we don’t want to send a signal for prejudice and bigotry".

He said it was only a matter of time before an incident occurred.

“These comments will make racists feel vindicated… and that they can also say them and perhaps add to them," he said.

“Unfortunately it is very likely that these comments might lead some people to commit a race-based attack against Muslims or Asians and Pauline Hanson will be responsible. I don’t know whether the law will see her as responsible but her comments will clearly and undoubtedly incite some in society to take matters into their own hands."

Dr Soutphommasane said our politicians had a responsibility to set a good example for citizens.

“We should by all means have debate and discussion about matters of race, immigration and multiculturalism, but the manner in which we conduct our debates is fundamentally important. We look to our political representatives to set the tone,” he said.

“Passions and emotions shouldn’t be allowed over into ugliness and violence.”

However he also advised against jumping to conclusions, saying the level of support for Ms Hanson was in the minority.

“We should not overstate the level of public support behind Ms Hanson’s ideas. The vast majority of Australians believe multiculturalism is good for the country. The vast majority are relaxed and comfortable about having a national identity that accommodates cultural diversity".

“So let’s have these debates. Nothing is ever off limits or beyond discussion in a democracy, but we should never believe that that gives us an excuse to indulge in xenophobia or racism.”