Heavy drinkers consume half of all alcohol

The heaviest-drinking 10 per cent of Australians are knocking back more than half of all alcohol consumed in the country, new research has found. 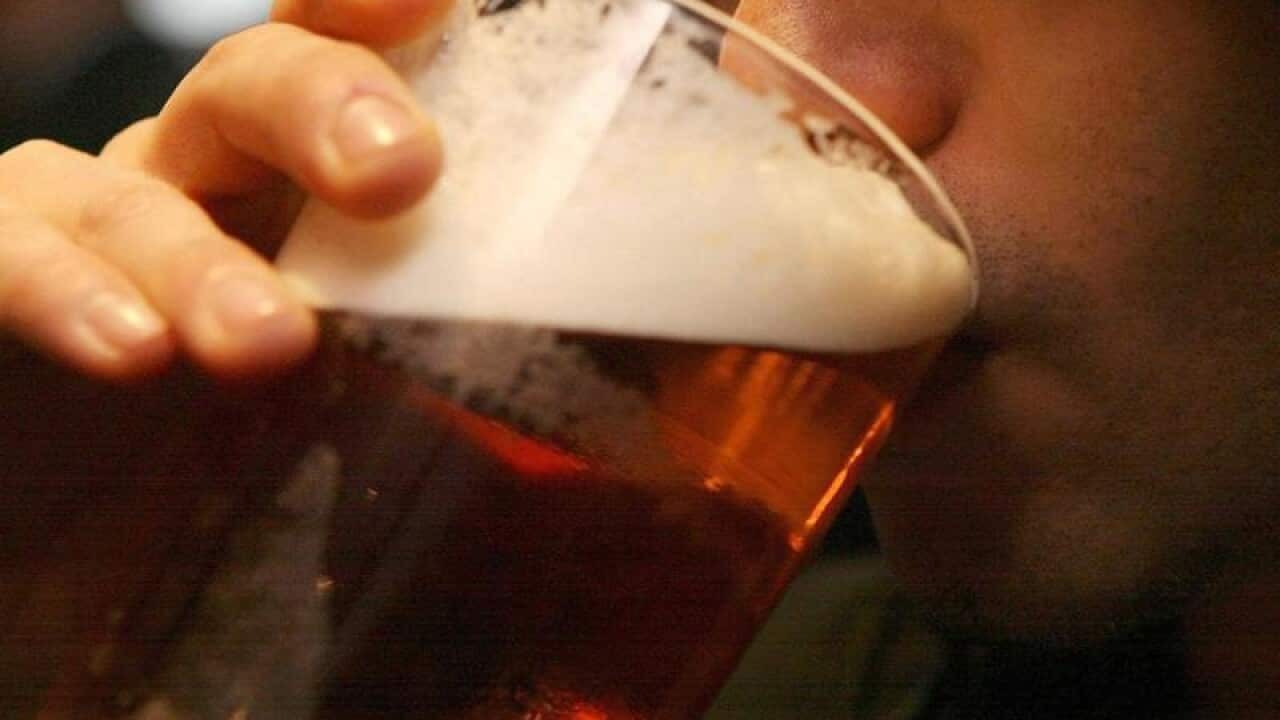 Australia's heaviest drinkers are responsible for more than half of all alcohol consumption. (AAP) Source: SBS

More than half of all alcohol consumed in Australia is being guzzled by just 10 per cent of drinkers.

A new study out of Victoria's La Trobe University found those two million heaviest drinkers imbibed 54.4 per cent of all alcohol consumed in Australia.

Australia's heaviest drinkers were more likely to consume cheap alcohol like cask wine and beer, and also more likely to drink at home. Many are middle-aged men living in rural and regional areas, the study found.

Advertisement
"Our results confirmed that the heaviest drinking 10 per cent of Australians drink more than half of all alcohol consumed in Australia," lead author Michael Livingston said.

"This group are drinking well above the National Health and Medical Research Council's low-risk drinking guidelines and drink an average of around six standard drinks per day."

While the stand-out common factor among the group was cheap alcohol, personal wealth was not a big factor in whether a person fell into the heavy drinking category.

Heavy drinkers were also more likely to report driving under the influence and were about five times more likely to be verbally abusive or cause a public disturbance.

The study was published on Thursday in the Australian and New Zealand Journal of Public Health, led by La Trobe's Centre for Alcohol Policy and Research.

It was funded by the foundation of Alcohol Research and Education and its chief executive, Michael Thorn, says the study backs alcohol price regulation as a population-wide measure to reduce harm.

"Government has a responsibility to address the problem of cheap alcohol by fixing the way alcohol is taxed, introducing floor prices and halting the proliferation of harm-causing packaged alcohol products," he said.

Data from the study came from the 2016 National Drug Strategy Household Survey and the 2013 International Alcohol Control Study.