Myanmar’s military on Monday launched a coup against the nation’s democratically-elected political party and leader. This is how things got to that point. 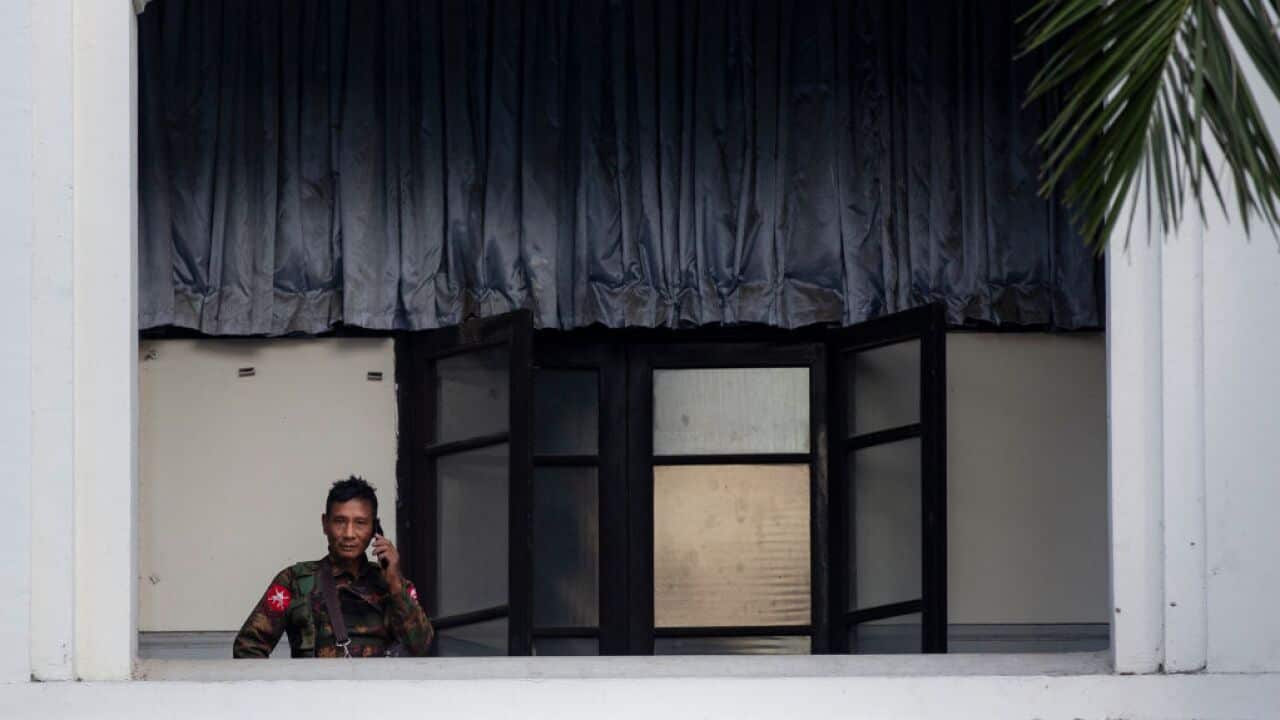 The military of Myanmar
overthrew the country’s fragile democratic government in a coup d’état
on Monday, arresting civilian leaders, shutting off the internet and cutting off flights.

The coup returns the country to full military rule after a short span of quasi-democracy that began in 2011, when the military, which had been in power since 1962, implemented parliamentary elections and other reforms.

What led to the military coup in Myanmar?

Advertisement
Parliament was scheduled this week to hold its first session since the country’s 8 November elections, in which the National League for Democracy, the country’s leading civilian party, won 83 per cent of the body’s available seats.

The military refused to accept the results of the vote, which was widely seen as a referendum on the popularity of
Aung San Suu Kyi
. Ms Suu Kyi, the head of the NLD, has been the country’s de facto civilian leader since taking office in 2015.

The new parliament was expected to endorse the election results and approve the next government.

The possibility of the coup emerged in recent days.

The military, which had tried in the country’s Supreme Court to argue that the election results were fraudulent, threatened to “take action” and surrounded the houses of parliament with soldiers.

How was the coup carried out?

The military on Monday detained the leaders of the governing NLD party and Myanmar’s civilian leadership, including Ms Suu Kyi and President Win Myint, along with Cabinet ministers, the chief ministers of several regions, opposition politicians, writers and activists.

The coup was effectively announced on the military-owned Myawaddy TV station when a news presenter cited the 2008 constitution, which allows the military to declare a national emergency. The state of emergency, he said, would remain in place for one year.

The military quickly seized control of the country’s infrastructure, suspending most television broadcasts and cancelling all domestic and international flights, according to reports.

Telephone and internet access was suspended in major cities. The stock market and commercial banks were closed, and long lines were seen outside ATMs in some places. In Yangon, the country’s largest city and former capital, residents ran to markets to stock up on food and other supplies.

Who is Aung San Suu Kyi?

Ms Suu Kyi came to power as state councilor in 2016 after the country’s first fully democratic vote in decades.

Her ascension to leadership was seen as a critical moment in the transition of Myanmar, formerly known as Burma, to democracy from military dictatorship. Ms Suu Kyi, the daughter of the country’s independence hero General Aung San, spent more than 15 years under house arrest.

Her time in detention made her an international icon, and she was awarded the Nobel Peace Prize in 1991.

Since her release, her reputation has been tarnished by her cooperation with the military and her vociferous defence of the country’s deadly campaign against the Rohingya, a Muslim ethnic minority group.

In 2019, she represented the country at a trial in the International Court of Justice, at which she defended Myanmar against accusations of ethnic violence.

Many believed that Ms Suu Kyi’s cooperation with the military was a pragmatic move that would hasten the country’s evolution to full democracy, but her detention Monday appeared to prove the lie in the military’s commitment to democracy.

Who is Aung Hlaing?

The military said it had handed power to the army chief, Senior General Aung Hlaing.

The move prolongs the power of Aung Hlaing, who is supposed to age out as army chief this summer. His patronage network, centered on lucrative family businesses, could well have been undermined by his retirement, especially had he not been able to secure a clean exit.

Under the former power-sharing agreement, Aung Hlaing presided over two business conglomerates and was able to appoint three key Cabinet members who oversee the police and border guards.

The military never fell under the control of the civilian government. In recent years, the army, with Aung Hlaing at the helm, has overseen campaigns against several of the country’s ethnic minority groups, including the Rohingya, the Shan and the Kokang.

What is the international reaction to the coup?

But it was not immediately clear what sort of concrete actions, if any, other nations might take.

The US Biden administration, which has sought to elevate human rights as a foreign-policy priority since assuming office less than two weeks ago, suggested that it would penalise Myanmar’s military hierarchy with unspecified sanctions.

“The United States opposes any attempt to alter the outcome of recent elections or impede Myanmar’s democratic transition, and will take action against those responsible if these steps are not reversed,” the White House said in a statement.

António Guterres, the UN secretary-general, said the coup developments “represent a serious blow to democratic reforms in Myanmar.” And UK Prime Minister Boris Johnson said in a Twitter post that the “vote of the people must be respected and civilian leaders released.”

China, which shares a 1,300-mile border with Myanmar and is one of the country’s largest investors, has responded cautiously to the coup, having cultivated cordial relations with both Ms Suu Kyi and the military hierarchy that detained her.

“China and Myanmar are friendly neighbours. We hope that all parties will properly handle their differences under the constitution and legal framework to maintain political and social stability,” Wang Wenbin, a Foreign Ministry spokesperson, said at a regularly scheduled news conference Monday in Beijing.

Myanmar was the first stop of a regional goodwill tour last month by China’s foreign minister, Wang Yi, who pledged to furnish Chinese-made coronavirus vaccine to Myanmar for free.