Hieu Van Le says his inauguration as the world's first so-called boat person to Vice Regal Office is a tribute to all migrants and refugees who've overcome hardship to contribute to Australia's rich cultural fabric. 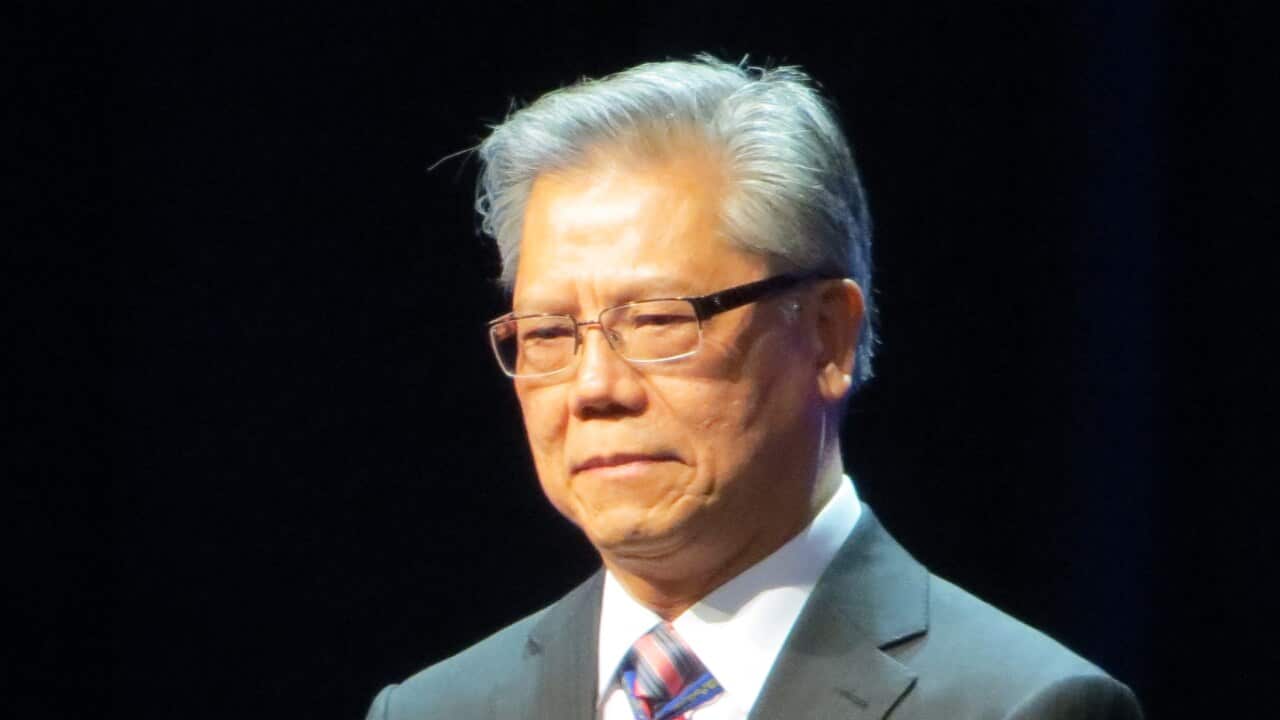 Hieu Van Le prepares to take the oath of office.

In 1977 a young man fled the Vietnam war with little more than his life, and a "suitcase of invisible dreams".

Now some 38 years later that same young man is a respected statesman who's been sworn in as South Australia's 35th Governor.

Advertisement
Hieu Van Le says his inauguration as the world's first boat person to Vice Regal Office is a tribute to all migrants and refugees who've overcome hardship to contribute to Australia's rich cultural fabric.

"I Hieu Van Le, officer of the Order of Australia, do swear that I will be faithful and bear true allegiance to her majesty Queen Elizabeth the second."

The oath of office an emotional moment for the former boat person, who wiped tears from his eyes as he went on to share a little of his life story in his first speech as governor.

"I was born and grew up in a war torn country far away from here. Never a day went by when I did not hear gun shots of feel the terrible loss of friends and family. War was part of my life and it left me with a painful and ever present soundtrack of my childhood. Rockets firing, roaring helicopters hovering overhead as we ran for cover. Endless firing of weapons, and the haunting sounds of people suffering. "

Hieu Van Le says his "miraculous" survival prompted him and his new bride Lan to make the riskiest and most heart rending decision of their lives - to leave behind their home and loved ones for an unknown destination.

"Our escape from Vietnam was terrifying, fraught with risks and danger, and our voyage perilous, threatened by pirates, raging storms and even an erupting volcano. And at all times, hunger and thirst."

Then, the privations of a Malaysian refugee camp before eventually reaching Australia - to be greeted in an unmistakeably Australian style.

"As our tattered boat chuck-chucked clumsily into the harbour, all of a sudden we heard the buzzing noise of a boat coming close to us. It turned out to be a tinny with two blokes standing in it. They waves at us and one of them held a beer, raised his hand and called out "g'day mate, welcome to Australia". It was a remarkable moment."

At the same time he forged a career as an accountant, all the while giving back through community volunteer work to his adopted home.

The former chairman of the state's Multicultural and Ethnic Affairs Commission has been diplomatically avoiding comparisons between Australia at the time of his arrival and the asylum policies of today.

Hieu Van Le simply says his appointment is a tribute to all refugees, and that he's filled with humility and honour at the awesome responsibility he's now shouldering.

"My appointment to this role says something about our society. It sends a powerful message about our inclusive and egalitarian society. It is an acknowledgment of all migrants and refugees and their families and descendants who have built South Australia into the place (that's) one of the best in the world."