The High Court has ruled Barnaby Joyce and four other federal politicians embroiled in the dual citizenship saga ineligible for parliament. Two others were cleared. 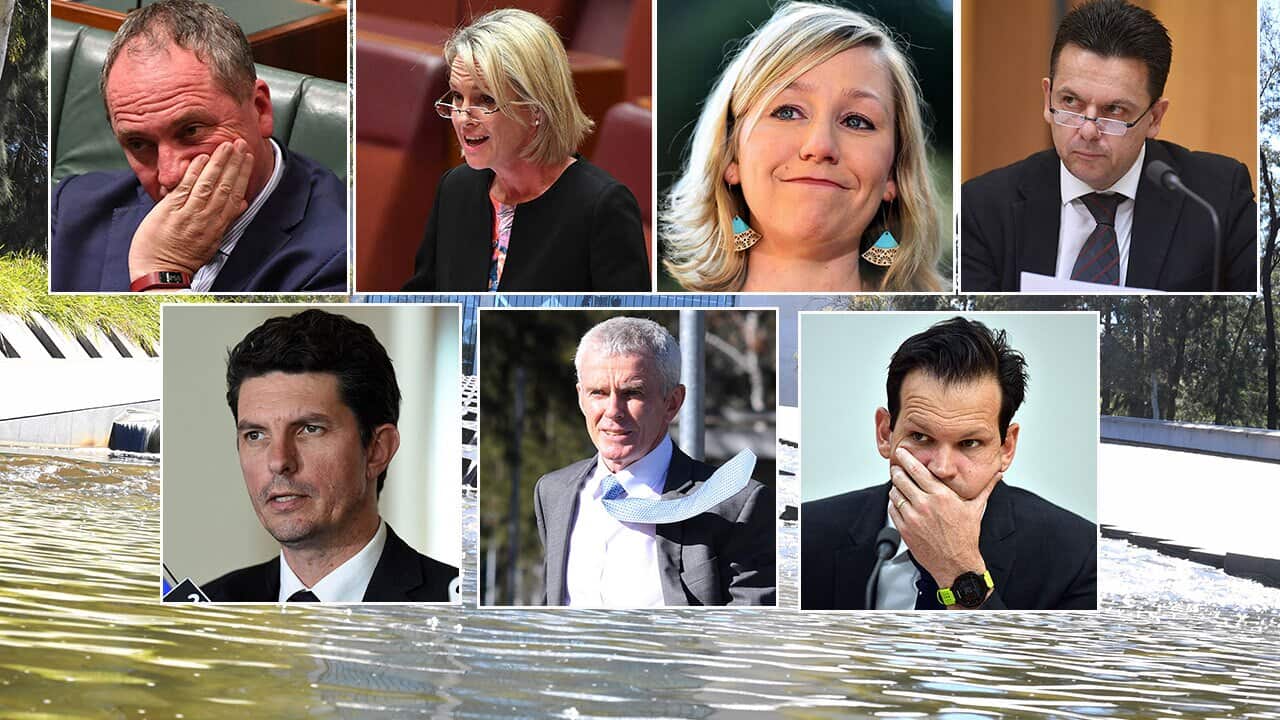 Five politicians including the former Deputy Prime Minister Barnaby Joyce have been ineligible from sitting in parliament, following a High Court decision on their dual nationality.

Disqualified from parliament, Mr Joyce is set to face a by-election in the NSW seat of New England, scheduled for December 2. Reacting to the decision, Mr Joyce said he was prepared for the outcome and that he "
wouldn't cry in his beer
". He looked forward to campaigning for the seat and said he would stay "humble" and work hard.

The former Deputy Prime Minister and Nationals leader announced on August 14 he was a New Zealand citizen by descent of his father, which he has since renounced.

Senator Nash cannot recontest her NSW Senate spot and has therefore lost her job as Deputy Nationals Leader and Minister for Regional Communications. She reacted to the decision saying she would continue to fight for rural and regional Australians, "no matter where my life path takes me". Ms Nash referred herself to the High Court after finding out she held British citizenship by descent of her father. The seat is now likely go to the next person on the NSW Coalition ticket who in this case is the Liberal Hollie Hughes.

The Queensland senator will now resume his old job as Minister for Resources and Northern Australia after he is sworn in. Reacting to the news, Senator Canavan said he looked forward to getting stuck back in the post. He was forced to resign from cabinet after announcing on July 25 he held Italian dual citizenship. Senator Canavan said his mother applied for the citizenship without his knowledge nor consent more than a decade ago. He will now remain in parliament and could get his cabinet post back.

Despite losing his job as a One Nation Queensland senator, Malcolm Roberts says he will contest the seat of Ipswich at the Queensland state election. He said he was "disappointed to leave federal parliament, but that opens another door". One Nation leader Pauline Hanson said she was "absolutely devastated".

Indian-born Mr Roberts was referred to the High Court on August 9 by Senator Hanson amid questions about his status. Mr Roberts was born to a Welsh father and the main problem was whether or not he took “reasonable steps” to renounce his British citizenship by descent.

In an interim decision in September, the High Court found he was a British citizen by descent at the time he nominated to become a One Nation senator last year.

Mr Roberts insisted he always believed he was an Australian citizen, but the court found an email he sent to the UK Home Office was not effective in renounciation. In one email to British authorities before the election, he wrote: "Am I still a British citizen?"

Senator Xenophon will be quitting federal parliament despite the court ruling in his favour. instead, he will be running for the South Australian state election. Reacting to the decision, Senator Xenophon said he was relieved but Friday would be his last day that the public would be seeing him as a Senator. There will likely be a casual vacancy to be filled by NXT. At least three other senior NXT members are interested.

Mr Ludlam has already resigned from parliament. The next candidate on the West Australian Greens ticket is 23-year-old student Jordon Steele-John.

Ms Waters has also already resigned after discovering she held Canadian citizenship. She is likely to be replaced by the next person on the Queensland Greens ticket, former Democrats senator Andrew Bartlett. Reacting to the news, Ms Waters said she would run for preselection in the next federal election.