As the federal government continues to negotiate with state governments over schools funding, one Sydney high school is proving you don't necessarily have to have a lot of money to achieve strong results. 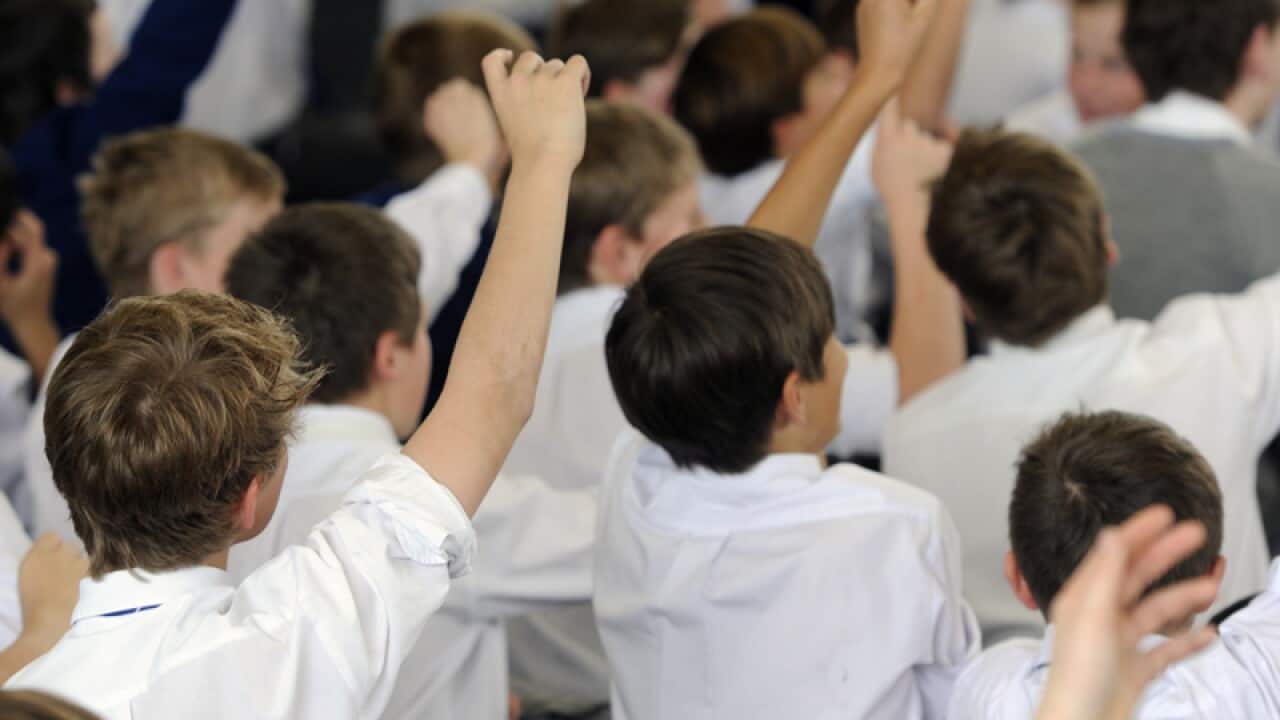 The opposition is accusing the PM of breaking her promise to pay top teachers a $10,000 bonus.

With its wraparound balconies and brick courtyards, Holroyd High School has the look of many other public schools in western Sydney, but it's a school with unusual challenges.
Advertisement

More than half of the school's 500 students are refugees. Some still live in detention. Many, like 16-year-old Bashir Yousufi, carry the heavy burden of being born in a country marked by war.

At 13, Bashir made the journey from Afghanistan to Australia by himself.

“It's absolutely hard to come by myself,” he says. “I have no idea where I'm going.”

He stares at his hands as he recalls the journey: Afghanistan to Pakistan, Pakistan to Indonesia, and then by boat to Christmas Island, where he was held in detention for three months.

“When I arrived in Australia, I was like, what the hell is this?” he wonders.

From Christmas Island, Bashir was moved to another detention centre in Melbourne before receiving a temporary protection visa and being released into the care of a 22-year-old guardian.

At times, learning basic life skills has had to come before school work.

“I learned quickly how to cook, how to wash the clothes,” he says.

That means helping them with language and vocational needs, but also welfare needs – anything from helping mend ripped pants to finding students somewhere to live.
­­

“We had a student whose aunt said 'Look I'm sorry, but I can't look after you anymore',” she says. “They came to me and said 'Miss, we need somewhere to live.'”

For Bashir, it also meant being provided with a school uniform, desk and computer; things his limited funds wouldn't stretch to.

The needs of students can sometimes be so great, Louise Kleinbergs says, it can be overwhelming.

“I think well, if I'm overwhelmed, how are they feeling? So I need to keep myself as calm as possible,” she adds.

Many students who arrive from overseas spend several terms in the school's Intensive English Centre before progressing onto high school.

Principal Dorothy Hoddinott says those leaving conflict zones or refugee camps may have had several years of interrupted schooling before they arrive at Holroyd – that's if they've had any at all.

“Some of them have never been in school,” she says. “We have to start right at the beginning.”

WATCH: Click on the tiles below to view extended interviews with the people in this story.


Considering this, the school's academic record is remarkable. Last year, almost 40 per cent of the graduating class went on to university.

“You have to consider that the average university enrolment around Australia for all students of whatever background is just over 30 per cent, and for low socio-economic people is around 15 per cent,” says Ms Hoddinott.

She attributes that result to high engagement and high expectations; something she feels was missing when she arrived at the school in 1996.

At that point, the school had few extra-curricular programs aimed at personal and professional development. That's now changed dramatically.

“One hundred per cent of the students in our high school receive some form of mentoring or leadership development,” she says.

“The idea is that every student leaves this school with a sense of their own worth and dignity.”

They also leave with options. The school fundraises to support to students who want to attend university but can't afford to.

“Last year we had 20 students from this school at university on scholarships,” says Ms Hoddinott.

“The motivation is if young people need help to make sure that they access a successful future, then I think we need to provide that help.”

Former student Najeeba Wazefadost was once the recipient of such a scholarship. She says she learned to read and write at Holroyd, after arriving at the school as a 12-year-old refugee from Afghanistan.

“I was traumatised, not only from my country but also from a detention centre within Australia,” she recalls. “Having a very supportive school, having supportive staff and teachers around you… can change all of that perspective.”

The medical science graduate has returned to university to start a second degree, and hopes to become “a successful lawyer.”

“If we did go to a different school, I am sure that where I am today, I would have got here, but very later than where I am now.”

Hoping to follow in her footsteps is Year 11 student Winta Isaals, an aspiring accountant.

Born in Eritrea, Winta spent two terms in the school's Intensive English Centre and had to complete a bridging course before entering Year 10 later than other students her age. Still, she doesn't see it as a major setback.

“I'm pretty sure I have a lot of chance to get to uni, because I have my teachers by my side and my family helping me out. I study a lot, and I work hard to get to uni,” she says. “That's my dream.”

Holroyd receives an additional $60,000 per year in equity funding from the state government, but "we do achieve a lot out of limited funding," says Ms Hoddinott.

"The additional funds proposed under the Gonksi reforms would make a huge difference to a school like ours; however, I am opposed to funding Gonski through cuts to university."