The family of an Australian woman who is being held in a Syrian camp after living under the Islamic State say they are hopeful the UK court ruling will set a precedent. 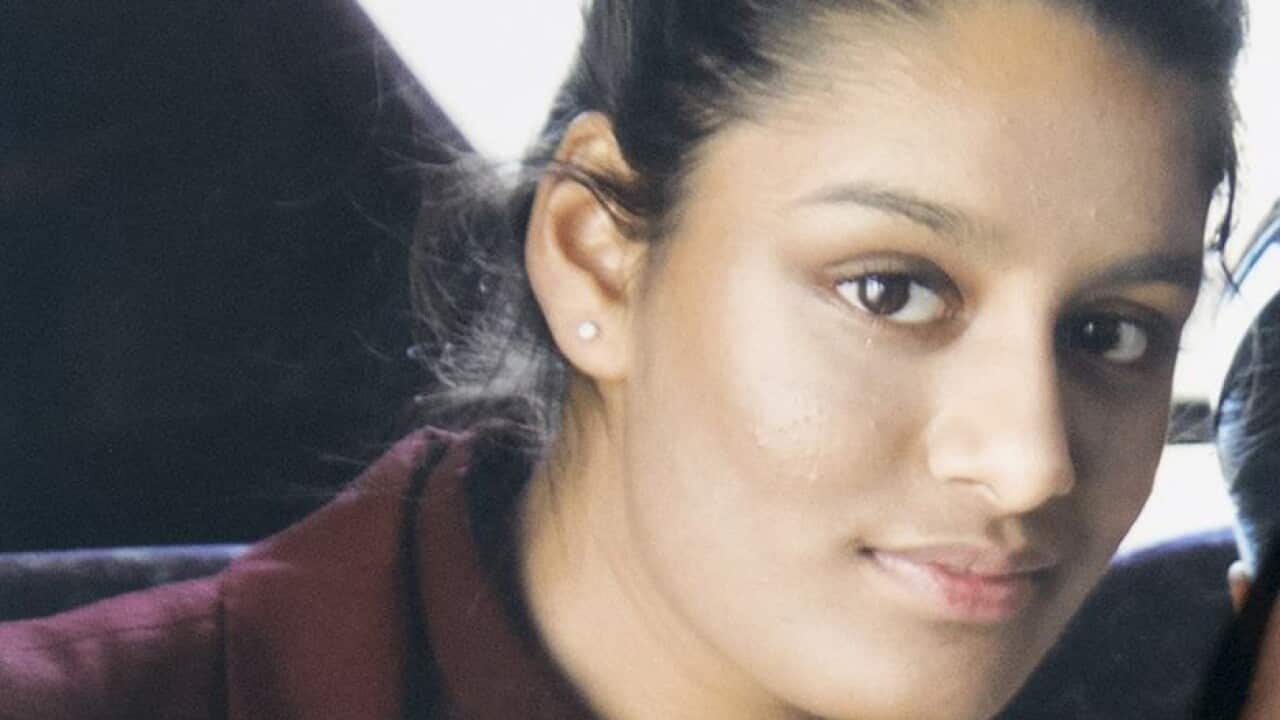 A woman who had her UK citizenship revoked after travelling to Syria to join the Islamic State group should be allowed to return home to challenge the decision, a court ruled Thursday.

Shamima Begum, 20, lost the first stage of her case about the legality of the government's decision at the Special Immigration Appeals Commission (SIAC) in February.

But the tribunal also ruled she could not have a "fair and effective appeal" or play "any meaningful part" in the process, as she was living in a Syrian refugee camp.

Advertisement
Three senior judges at the Court of Appeal on Thursday upheld that SIAC ruling.

"Ms Begum should be allowed to come to the United Kingdom to pursue her appeal albeit subject to such controls as the (home secretary) deems appropriate," they said.

Ms Begum was 15 when she and two other schoolgirls from Bethnal Green in east London left home to join the jihadist group in February, 2015.

The family of an Australian woman living in the Al-Hawl camp in Syria said the ruling in the UK gave them hope.

Kamalle Dabboussy, father of Mariam and grandfather of three children also in the Al-Hawl camp, told SBS News he was glad due process was being afforded to Ms Begum.

“The interest is around the fact that the judge seems to be confirming what the families and what people around the world including Australia have been saying, that there are individual rights and the countries are well at hand and capable to manage any other concerns that may exist,” he said.

“We have said from the very early stages that if you're wanting to investigate, you actually have to have the person in front of you and ask them to investigate properly, you can't do a distance investigation and that be a fair process."

He called on the Australian government to consider the UK court’s decision and bring the women and children of IS fighters home to face charges if necessary.

“If people perceive that keeping them in this camp indefinitely is some form of justice, it's not. There are no charges that have been laid, there’s no accusations being levelled directly against them, and if there are, we can prosecute them here and actually they can't be prosecuted where they are,” he said.

“If you want justice then women have to be brought back, and we believe the Australian government has an obligation to investigate, exonerate or prosecute, and that's what we're asking for is that due process."

That prompted her to take legal action, arguing the decision was unlawful, made her stateless and exposed her to the risk of death or inhuman and degrading treatment.

The British-born Ms Begum is of Bangladeshi heritage. But Bangladesh's foreign minister has said he would not consider granting her citizenship.

Her lawyer, Daniel Furner, said his client had "never had a fair opportunity to give her side of the story", which made the government's decision unjust.

Human rights group Liberty also welcomed the decision, saying: "The right to a fair trial is not something the government can take away on a whim.

"It is a fundamental part of our justice system and equal access to justice must apply to everyone."

Prime Minister Boris Johnson's spokesman said the government was "bitterly disappointed" and would seek permission to appeal, and to ensure Ms Begum could not return before it was heard.

"The government's priority is maintaining our national security, and decisions to deprive individuals of their citizenship are not taken lightly," he told reporters.

"We will always ensure the safety and security of the UK and will not allow anything to jeopardise this."

Mr Javid, who is no longer a minister, issued a personal statement warning that allowing Ms Begum to return "would create a national security risk that cannot be fully mitigated".

He said her situation was a "direct consequence of the actions she had taken" and said she could appeal from abroad using "modern technology".