How Al-Araibi became a political football

Australian refugee footballer Hakeem Al-Araibi will face a Bangkok Criminal Court on Monday in the first stage of an extradition process by Bahrain. 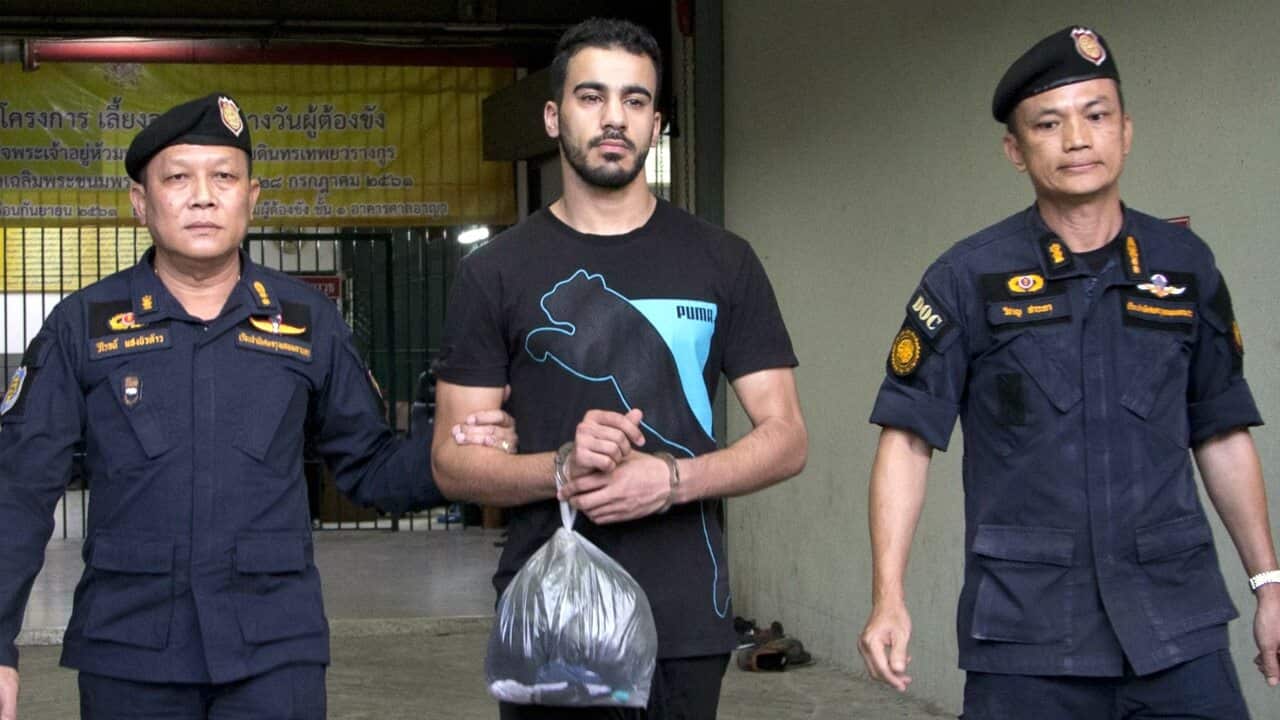 Hakeem Al-Araibi's 19th birthday was a terrifying experience which he probably thought he would never have to relive.

On his way to a cafe on November 7, 2012, to watch a game between Real Madrid and Barcelona, the promising young footballer was snatched off the street by Bahrain security forces. They told the teenager he was wanted over the vandalising and fire-bombing of a police station in Khamis near the capital Manama four days earlier. His brother Emad Al-Araibi had "confessed" Hakeem had been part of a crowd of 150 protesters who set upon the building with molotov cocktails, prosecutors said.

The next day Al-Araibi told the public prosecutor he was playing in a soccer match when the attack took place and denied the allegations. But his detention was extended for 45 days, during which he says security forces tried to torture a confession out of him.

Advertisement
"They spent three hours hitting me hard on my legs, while saying: 'we will break your bones, we will destroy your future, you will never play football again with these legs'," he said of his alleged torture in custody.

A gifted centre-back, Al-Araibi was also a member of the Bahrain national team and was later allowed to travel to Qatar for a match from where he fled to Iran. He made it to Australia in May 2014 and was eventually granted refugee status which allowed him to travel with documentation and the assurance of protection.

But six years later he is experiencing the same sense of helplessness and confusion. On November 27 he was grabbed by Thai immigration officers at Bangkok airport after Bahrain requested an Interpol Red Notice for his arrest, despite refoulement of refugees being against the law enforcement agency's policy. He had travelled to Thailand for a belated honeymoon with his wife.

After more than two months in custody, he will face a Bangkok Criminal Court on Monday in the first stage of the extradition process after the Thai attorney-general's office ruled Bahrain had a legitimate "criminal" case.

But Sayed Ahmed Al-Wadei, from the London-based Bahrain Institute for Rights and Democracy (BIRD), disagreed with Thailand's decision.

"The court ruling in Bahrain that convicted Hakeem and sentenced him to 10 years in prison is not even worth the paper it was printed on, as it is full of contradictions," Al-Wadei told AAP.

BIRD recently obtained documentation of Al-Araibi's trial, and conviction in absentia to 10 years' jail ,which it says are full of "flaws and contradictions". The case was presided over by Sheikh Mohammed bin Ali Al-Khalifa, a member of Bahrain's ruling royal family.

Prominent among the flaws, according to BIRD, was the court disregarding defence arguments that Emad Al-Araibi's confession was obtained through physical and psychological duress. It ruled the confession was valid as Emad, who is now serving a 10-year prison sentence, did not show any physical sign of trauma when presented to the Office of Public Prosecution.

However, the most troubling part of the case, BIRD says, related to the time the police station attack took place, which was key to Hakeem Al-Arabi's alibi.

His brother said the attack took place at 6.30pm when Hakeem was playing in a nationally televised game for his club Al-Shabab at the Al-Muharraq Stadium. The game started at 5.30pm and finished at 7.20pm. Multiple statements were submitted to the court, including from the Bahrain Football Association, Al-Shabab club and fellow players confirming this. Footage from the game broadcast by Bahrain Sports Channel 1 showing Hakeem playing was also submitted.

But the court ruled the mob had gathered earlier and the attack had taken place at 8pm. It said Hakeem Al-Araibi had had enough time to leave the stadium and take part in it.

Bahrain has said little publicly about Al-Araibi's extradition case as a groundswell of international support for his release has gathered in recent weeks from powerful bodies such as FIFA and the International Olympic Committee as well as Australian Prime Minister Scott Morrison.

He added that those questioning the integrity of the Bahraini courts should remember that Al-Araibi was released on bail and allowed to travel to Qatar to play for the national team.

But supporters of Al-Araibi disagree and argue that he has made a powerful enemy in Sheikh Salman Al-Khalifa, the president of the Asian Football Confederation (AFC) and a member of the ruling royal family.

After finding sanctuary in Melbourne, where he plays for the Pascoe Vale team, Al-Araibi felt confident enough to speak out against Sheikh Salman as he was seeking the FIFA presidency in February 2016 against the eventual winner, Gianni Infantino.

The sheik, considered a frontrunner due to his support from the Asian and African voting blocs, was under scrutiny for his role in the government's retaliation following the Bahrain uprising in early 2011. The opposition-led Shia majority had called for the overthrow of the ruling Sunni Al-Khalifa family through street demonstrations. Human rights groups and investigators said the uprising was met with the unlawful use of state violence, extrajudicial executions and subsequent torture and imprisonment of dissenters.

In the mop-up, Sheik Salman was accused by human rights groups of chairing a committee established to identify high-profile figures involved in the uprising. About 150 sports people were targeted. One of those arrested for speaking at an anti-government rally was the Bahrain team's star striker Alaa Hubail. The winner of the 2004 Asian Cup golden boot award, he never played for the national team again.

The sheik denied he ever chaired the committee, but adverse media about Bahrain's poor human rights record helped sway the FIFA vote against him.

Despite the damage to Bahrain's reputation Al-Araibi's extradition case is generating, Al-Wadei says they will not back down. Bahrain is emboldened by strong political support in the region from Saudi Arabia and the UAE and by the UK and the US which has its 5th Fleet based there, he said.

"They are most definitely sending a message to all refugees, dissidents, activists, and critics," he said. "Bahrain's message is clear: you are still not safe if you managed to flee the country, and the Bahraini government can and will come after you."

Al-Araibi's lawyer Nadthasiri Bergman said she would start formulating her argument after seeing the extradition papers on Monday but added: "This is clearly a political case".