How coronavirus has changed funerals for people grieving in Australia

Grieving families are coming to terms with the loss of loved ones while continuing to navigate coronavirus restrictions on gatherings and social distancing. 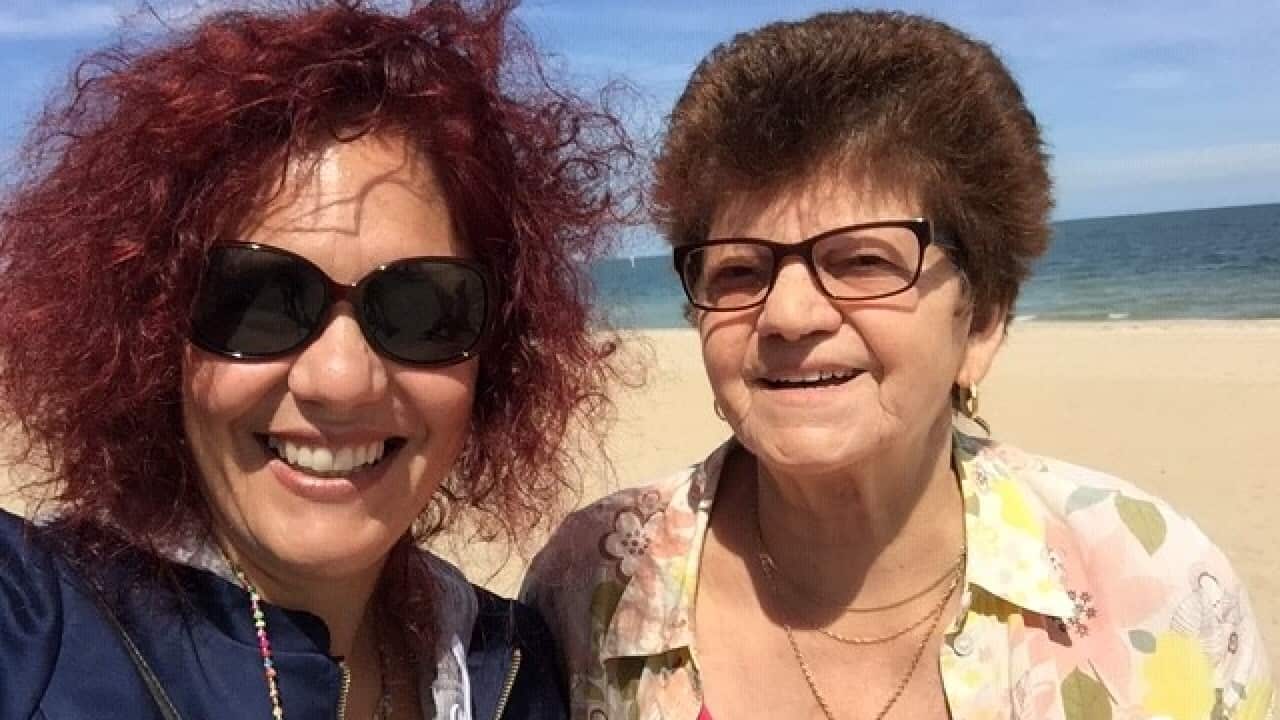 Corey Hague never expected the eulogy he delivered for his mother to be streamed and watched online.

But he had no other choice when the service took place in March due to the COVID-19 restrictions.

"It just felt like a dress rehearsal rather than an actual funeral," said Mr Hague, who is from Ballarat in regional Victoria. "We were all dressed up and we were in the venue, but there was no-one there."

"I think until we get to have a proper memorial with extended family and friends, I just don't really think it's sort of hit home," he said.

From 1 June, up to 50 people will be allowed at outdoor funerals in Victoria. For Mr Hague's family, only eight people attended the service, alongside funeral operator staff.

"A funeral is such an event that without the ceremony of it, it's just not the same," Mr Hague said. "It's like a wedding, but instead of a big wedding ceremony it's just going to the office and signing the paper."

He fears others in a similar situation will struggle to process their grief during the coronavirus pandemic due to the restrictions on gatherings and social distancing, with many having to delay larger memorial services until a later date.

“A funeral is one of those things, you give yourself over to the emotion of it. When you delay it, it’s very hard to get back into it,” he said.

For Elvira Andreoli, whose mother Dora Francesca Andreoli died recently aged 86 recently, she just hoped to do her best to farewell her amid the circumstances.

She played the guitar at the funeral service in Melbourne to showcase a connection to the family's Italian culture.

"I didn't think I could do it for Mum but I forced myself," she said. "I thought 'no I've sung at so many funerals, I want to make sure I sing for my Mum'."

In New South Wales and South Australia, up to 50 people will be able to attend memorials from 1 June and 2 June respectively. Western Australia will allow increases in guest numbers after 6 June, and from 15 June, Tasmania and Queensland are lifting restrictions.

There are no gathering limits in the Northern Territory if the funeral can be undertaken in less than two hours.

But the changes will come too late for families who lost loved ones earlier in the year and already held services.

The Australian Funeral Directors Association said it wants more consistent rules across the states and territories. Its national president Andrew Pinder said it can be painful for those who miss out on farewelling a loved one properly.

"Minimising unnecessary stress during this time should be a priority and providing uniformity in relation to funeral attendance policy would help achieve this," he said in a statement earlier this week.

"Aside from the importance of enabling people to be together, support one another and express their emotions, from a logistical standpoint increasing the number of people who can attend funerals as quickly as is safe will ease building pressures on body-holding facilities and funeral homes."

As Australia's coronavirus restrictions ease, here's what you can now do in your state

Mr Pinder said his staff have had to change their approach to managing death during the pandemic.

"We had to treat every deceased person as if they may have had the virus or come into contact with a doctor who had for example," he said.

"You need to have appropriate PPE at all times, particularly when transferring deceased from the place of death into our care," he said.

Mr Pinder said jobs associated with the funeral industry have been impacted as a result of the pandemic.

"Up until recently we’ve not been able to provide wakes or refreshments so anybody involved in the catering for a funeral hasn’t been needed until recently," he said.

"A number of funeral homes have also required their casuals less so it’s been hardest for casual employees."

But the change in rules for the funeral sector has provided extra opportunities for live-streaming, which have meant more people being able to access a service they may not have been able to attend.

As well as losing her mother this year, Ms Andreoli's friend Mario Clarence Velona, known as 'Merlot', died aged 53 after having several health issues including diabetes and kidney failure.

Merlot was well known in the LGBTIQ+ community and while only 20 people could physically attend his funeral, there were 500 views of the service online.

Mario was known as Merlot in the LGBTIQ community Source: Supplied

"Mario was half Italian, half Australian, so you had the really traditional Italian cohort there with mum and dad and family, and then you had the gay community fixated on the screen, participating with love and care, so it was a beautiful mix of the two," Ms Andreoli said.

When asked about attendance numbers at funerals and wakes, Health Minister Greg Hunt said this week the federal government was supporting each state to relax restrictions.

"What the national cabinet has done is to allow the freedoms to be adopted, with regards to weddings and funerals, and each of the states are going at their own pace in terms of what they believe is appropriate," he said.