How is each state enacting the moratorium on rental evictions?

Prime Minister Scott Morrison announced a moratorium on evictions last month, but not every state is enacting it in the same way. 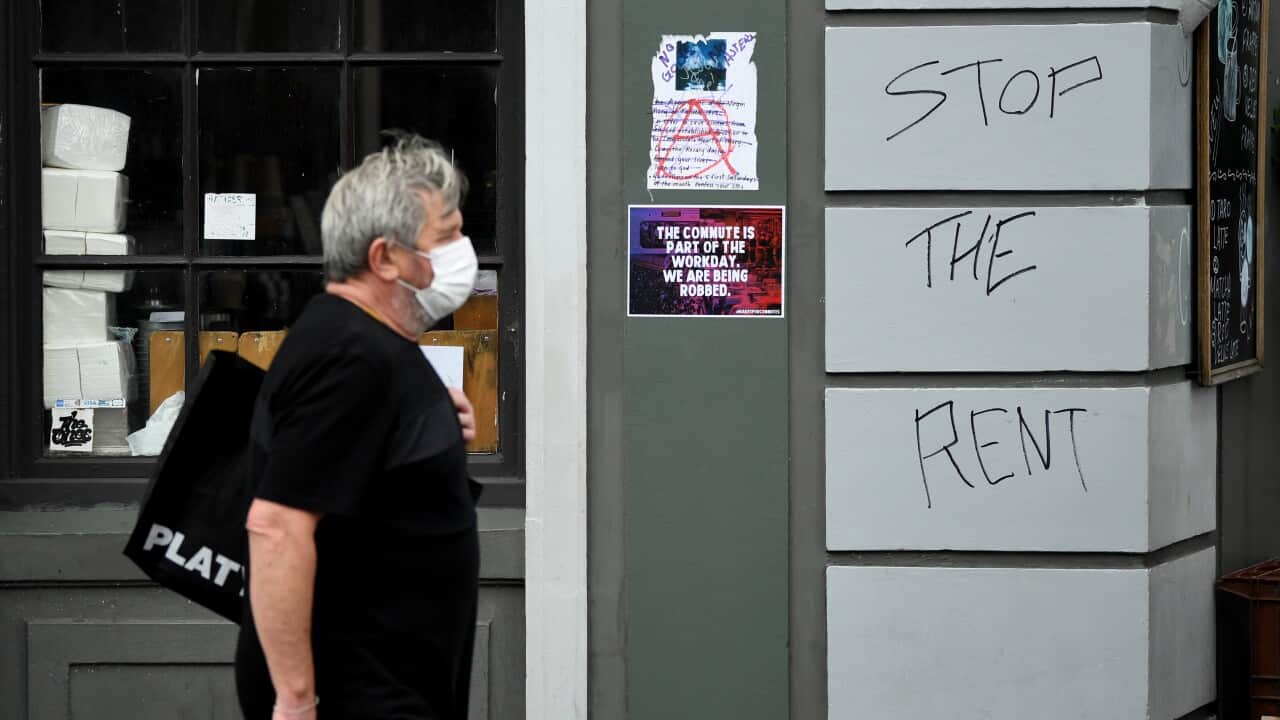 A nation-wide moratorium on evictions has been announced, but how are the states implementing it? Source: AAP

Prime Minister Scott Morrison announced in March there would be
a nation-wide moratorium on some residential and commercial rental evictions
for six months.

But with the moratorium yet to be signed into law, and states now beginning to amend their own tenancy laws, some landlords and tenants around the country have been left confused about their rights and responsibilities.

Here’s a brief look at how those regulations differ around the country.

The NSW Government announced on Monday that
a six-month moratorium on evictions would apply to households that had lost at least one-quarter of their income
.

Those tenants’ landlords will be required to negotiate rental payments in good faith, however, any unpaid rent on the newly agreed amount will accrue in arrears.

When the moratorium finishes, landlords can proceed with an eviction if they are in financial hardship, but tenants will not be blacklisted.

The Queensland Government has placed a six-month moratorium on evictions for renters experiencing financial hardship due to the COVID-19 outbreak.

Renters and landlords will have to come together to negotiate an interim plan, and those who cannot settle on a deal will have to go to the Residential Tenancies Authority for mediation.

Tenants who have negotiated reduced rental payments will no longer be liable for the original amount, so will not have to repay the difference.

The South Australian government has also announced a moratorium on rental evictions for tenants who have lost employment or income due to COVID-19.

Where tenants and landlords cannot reach an agreement, the landlord is still entitled to apply to the South Australian Civil and Administrative Tribunal, which still has the authority to order an eviction.

READ MORE
What happens if the coronavirus pandemic impacts your ability to pay rent?

The Victorian Government has not elaborated on how it will enact the moratorium on evictions.

Renters in Victoria are being encouraged to continue paying their rent in full until they have reached a written agreement with their landlord.

Consumers Affairs Victoria is advising tenants in financial stress to contact their landlords as soon as possible to arrange a plan.

Where a tenant is served with an eviction notice, the tenant can take the matter to the Victoria Consumer Affairs Tribunal and remain in the property until the hearing if they choose.

The Western Australian Government has said it is in the process of amending the state’s tenancy laws to enact the moratorium on evictions locally.

In the meantime, the government says tenants should continue to pay whatever rent they can.

Tenants and landlords are still being encouraged to discuss alternative payment plans until the moratorium on evictions is formally enacted.

The Tasmanian Government has introduced a 120-day emergency period into its Residential Tenancy Act ending on 25 July and extendable by further 90-day increments if necessary.

During that 120-day emergency period, tenants cannot be evicted for falling into rental arrears, however, landlords can issue a notice to vacate on the grounds of rent arrears when the period ends.

Leases can still be terminated during the emergency period if tenants agree or if the tenant or landlord make a successful hardship application.

Neither the ACT or the Northern Territory have enacted the moratorium into their local laws.