Swedish climate change activist Greta Thunberg has hit out at a lack of political action in the wake of Australia's bushfire 'catastrophe'. 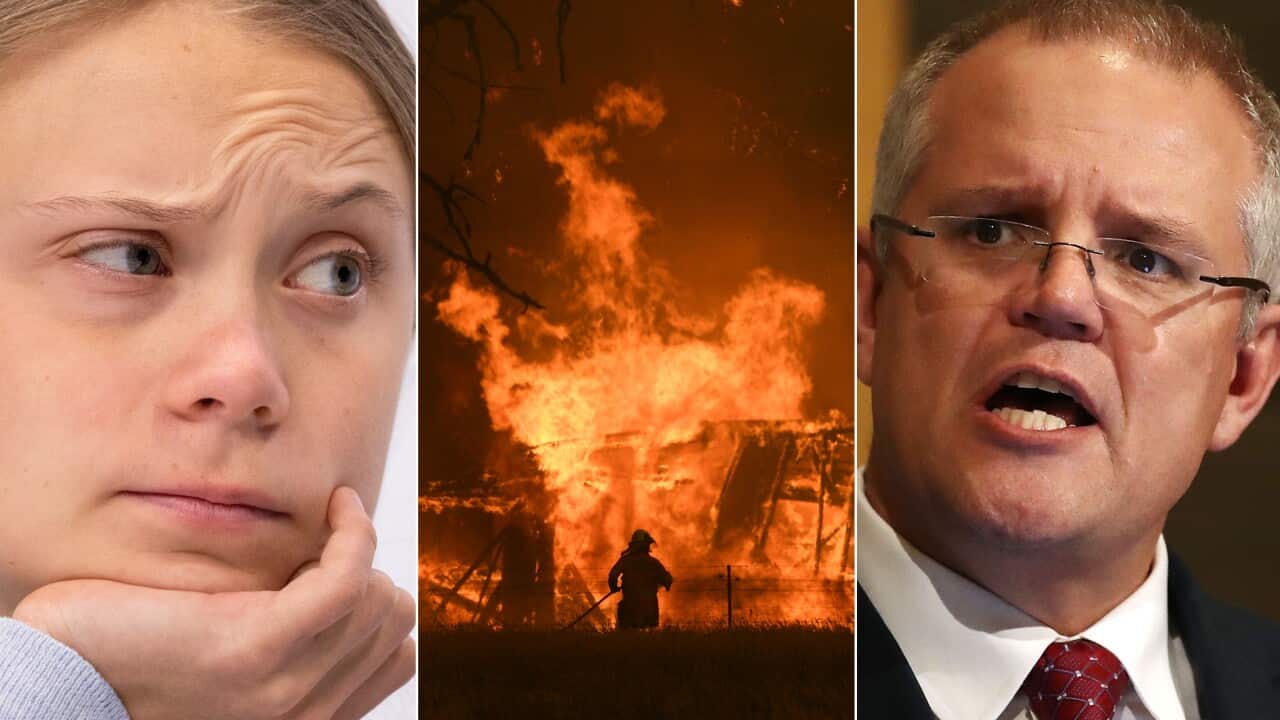 The 16-year-old Swedish environmentalist is spending Christmas with her family but weighed in on the bushfire emergencies still gripping Australia in a social media post on Sunday.

Advertisement
"Not even catastrophes like these seem to bring any political action. How is this possible?" she tweeted to her 3.7 million followers.

The tweet has already garnered thousands of likes and retweets.

Scott Morrison has defended his government's response to the bushfire crisis and stressed the need for climate change action, but claims "reckless" moves like ending coal exports and setting a stricter emissions target will have no "meaningful impact" on the global climate.

In an op-ed in The Daily Telegraph, the prime minister lauded the efforts of the various authorities at the state and federal levels, from the various fire services to the Emergency Management Agency and defence forces, in fighting the bushfires.

He also listed current policies around preventing bushfires, such as hazard reduction and land clearing laws as well as "how we can best sustain our extensive volunteer fire fighting effort", saying they will be reviewed after the present emergency ends.

Mr Morrison conceded there was a need for "real action on climate change" across all levels.

"There is no disagreement and there has not been any denial of this critical factor, either by the federal government or any state or territory government.

"But to suggest that increasing Australia's climate targets would have prevented these fires or extreme weather events, in Australia or anywhere else, is simply false."

The prime minister pushed back against more stringent action, including calls to end coal exports and set an emissions target.

"We won't embrace reckless targets and abandon our traditional industries that would risk Australian jobs while having no meaningful impact on the global climate," Mr Morrison said.