How mass tourism is destroying Bali and its culture

Locals say Bali could soon be unrecognisable as an idyllic location due to the cumulated effects of mass tourism, frenzied consumption and an ecological disaster. 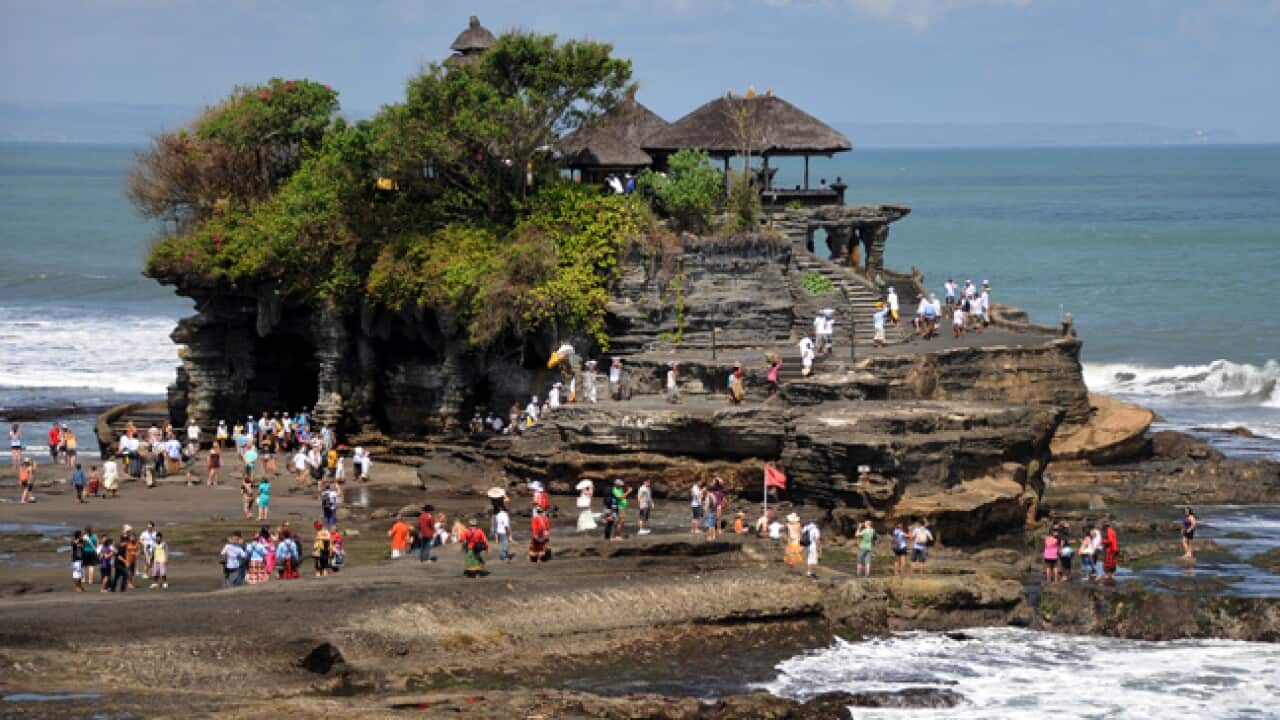 BALI – The “island of gods." This paradise wasn't spared its deodorant-commercial-style cliché. For ages, this pearl of the Lesser Sunda islands, an Indonesian archipelago, has embodied the archetypal land of plenty: the natural splendor of its tropical landscapes, its dreamy white beaches, the tormented beauty of its Hindu temples, the friendly and tolerant reputation of its inhabitants. All of the necessary ingredients for the Garden of Eden brought together.

Advertisement
But this idyllic description may soon be a thing of the past. Bali is threatened to the point that it could soon be unrecognizable: the cumulated effects of mass tourism, frenzied consumption and an ecological disaster are forcing the most clear-sighted Balinese to sound the alarm.

So is Bali over? “Yes, if you compare it to what it used to be,” is -- at the very least -- what many residents agree on. Indeed, paradises have no future: they are just fragile perfections in an imperfect world. And if you define them as the receptacles of a frozen past, they can only be victims of modernization. Bali, among other “paradises,” seems ill-equipped to resist the 21st century's mutations.

The terrible toll of mass tourism

“Bali really became a touristic destination in the 1970s,” says Wayan Suardana, a manager at the Walhi NGO, which fights to preserve the environment. “But in the beginning, it was mostly cultural tourism. Today, we are witnessing mass tourism. And that's the very problem!”

Indicators aren't very encouraging: hundreds of hotels absorb a large part of the fresh water reserves. Each room in a four star hotel consumes 300 liters per day. “In 2015, Bali could face a drinkable water crisis,” says Wayan Suardana. Over a million tourists visited Bali in 2001, compared to approximately 2.5 million last year. All of this despite the 2002 terrorist attack by a small Islamist group that killed 202 people, including many Australians.

Each year, 700 hectares of land are converted into hotels, luxury residences for rich foreigners, or roads to improve the communication network of this 3.5 million inhabitants island. Each day, 13,000 cubic meters of trash are thrown into the public dumps, only half of which is recycled. Colossal traffic jams created by unchecked car growth congests many arteries: there are 13 % more cars every year, for a mere 2.28 % increase of roads suitable for motor vehicles.

To try and control the impact of mass tourism on the local Hindu culture -- an exception in the mainly
Muslim Indonesia
-- authorities came up with a “great plan” aimed at passing an environmental protection law: a 150 meter mandatory minimal spacing between touristic resorts and the beach, no hotel less than five kilometers away from Hindu temples -- or puras as they are known -- and their intricate architecture.

This nice idea went unheeded: decentralization was conducted to such an extent in Indonesia -- an archipelago of 17,000 islands populated by 240 million people -- that a disproportionate amount of power was vested in the bupati, the locally elected prefects. They take a dim view of the legislation.

“The environmental protection law was passed, but the bupati, who have financial interests and are in collusion with the real estate developers, did everything to keep the law from being applied. Their obsession is making money to pay off their electoral campaigns,” says Ketut Adyana, a member of the provincial legislative assembly.

This affable and unassertive representative in his thirties is one of the only people in Parliament to truly act to try and save Bali. “It is good that Bali attracts tourists, but Bali shouldn't be devoted solely to tourism,” he says. “Local authorities have no long term vision, they want a quick return on invested capital. And tourism enables that. The irony in all this is that one day, tourists won't find what they were expecting in Bali anymore…”

In January 2011, reacting to the current deterioration, Governor Made Mangku Pastika decreed a moratorium on new constructions in
heavily urbanized areas
. He warned: “Bali risks becoming a sterile land bristling with concrete constructions!” Needless to say that the moratorium isn't very popular with investors -- this could turn out to be yet another failed attempt to stem the damage.

“Tourism is a reality that is linked to the attractiveness of our culture: if mass tourism evolves in a way that threatens this culture, our specificity will disappear,” says Ida Bagus Ngurah Wijaya, president of the Bali tourist information office. He himself is the owner of a prestigious hotel in Sanur, one of the island's flagship destinations. “Nothing is lost yet,” he says, even though he acknowledges that “Our big problems are the lack of roads, access to water, insufficient infrastructures, electrical potential and
waste disposal
.”

“We used culture like a merchandise,” says Ketut Yuliarsa, a poet and stage director from Ubud. The mischievous fifty-year-old, who writes poems about “exploring the road that leads beyond the world, perhaps to the soul…” is appalled by the evolution of his island. “The Balinese are people who are still deeply attached to their religion and culture, they spend a lot of time in temples, they respect the rites. But mass tourism is disrupting their practices: the diversity of local cultures and the specificity of rituals is being unified, homogenized. We offer a standardized 'package' to foreigners.” One example: tourist guides use
Polynesian
practices, like giving out
garland of flowers
to new arrivals -- as though it was a Balinese custom!”

The difficulty in curbing these excesses is all the more difficult that tourism does have positive aspects. “People have gotten richer, standards of life have increased. Many Balinese aren't aware of the current changes: most of them say they are satisfied with the evolution of things,” says Ketut Yuliarsa.

A part of the youth is distancing itself from cultural constraints, often perceived has overbearing. The status of the farmer is starting to lose value in the face of the positively perceived “globalized urban” figure.

Audrey Lamou, former director of the French cultural center, Alliance Française, in Denpasar (Bali's administrative center) has been observing this phenomenon for several years. “Eighty percent of the Balinese society is still bound hand and foot to daily rites,” says the young woman. “But some young people, who have to pay a sort of mandatory monetary compensation to the village when they can't attend these rites, are railing at these restrictive rules.”

Audrey Lamou has also lived in Jakarta, and she says Indonesia's current democratization since the end of President Suharto's dictatorship -- when he was forced to step down in 1998 -- has brought many positive aspects that Bali is taking advantage of.

“People can express themselves much more freely than ten years ago, and more and more journalists and organizations are denouncing the corruption and amateurism of certain politicians,” she says. However, “Balinese people are increasingly obsessed with easy money. Institutions like the gamelans -- traditional orchestras -- are disappearing and the Balinese language is slowly yielding to Indonesian. With this spectacular evolution, one wonders if the Balinese are culturally driving straight into the wall,” she says.

These trends are naturally worrying those who transmit religious and cultural knowledge. “How can religion survive capitalism?” asks Ida Pandita Acharya, the Brahman of a small village temple near Ubud. Here is how he describes the current process: “Traditionally, people lived in fear of the gods. Because the Balinese were aware of nature's forces, rites enabled them to maintain the balance between man and divinity. Now, even though the rites are still respected, an increasing number of people are focused on material possessions. The authorities' policies are causing a loss of collective wisdom, a blurring of reference points and cultural uprooting.”

Of course, Bali is still a magical place when compared to other “dream” destinations in Asia, like Thailand, where tourism has disfigured a large part of the coast. But if nothing is done to stop the excesses, the island of gods won't escape the cruel rule that no paradise has a future.