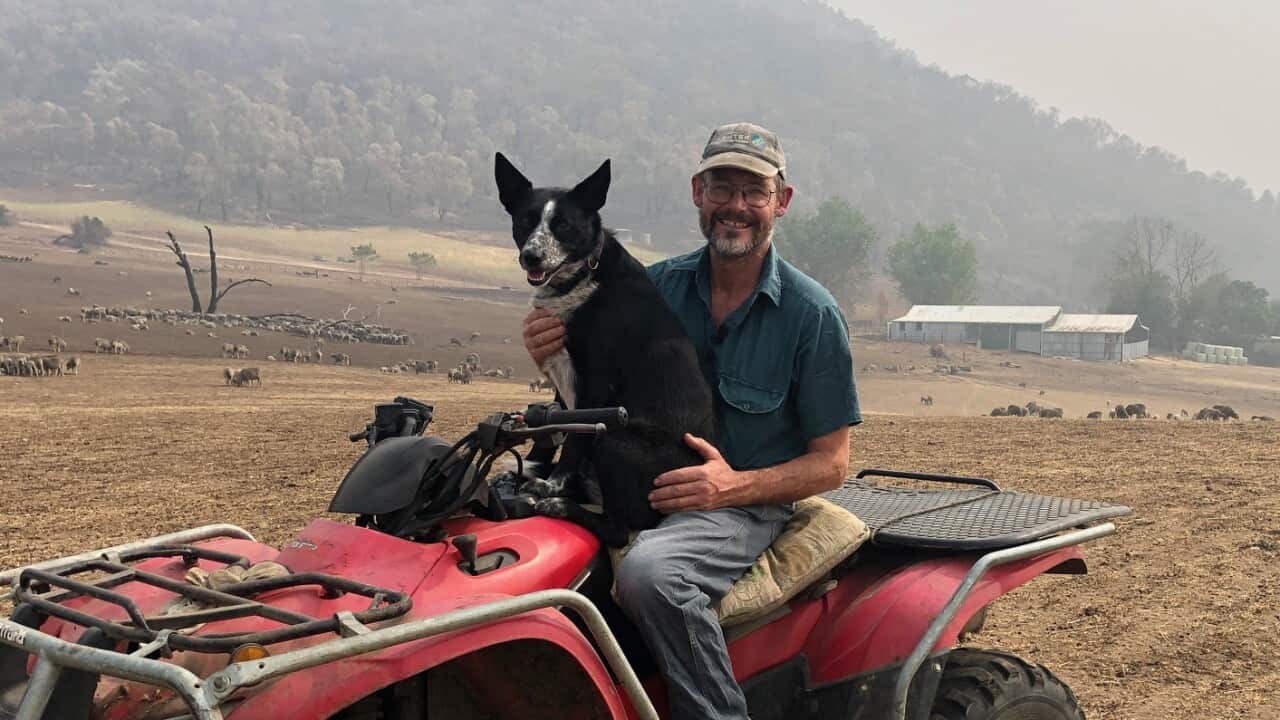 When the fire closed in on the tiny Victoria town, in the early hours of New Year’s Eve, Patsy sprang into action to herd her 900 sheep into a
safe paddock away from the moving fire front.

Advertisement
“She’s earned front-seat privileges for the rest of her life.”

Patsy kept clam in the face of the raging bushfires. Source: SBS

The property lost several buildings - but thankfully, only a few sheep. Source: SBS

Patsy and Mr Hill keep an eye on their flock. She's ready to roll out and keep watch again. Source: SBS