Both Australian and New Zealand leaders are talking up the prospect of their citizens being able to travel across the ditch before broader travel bans are lifted. 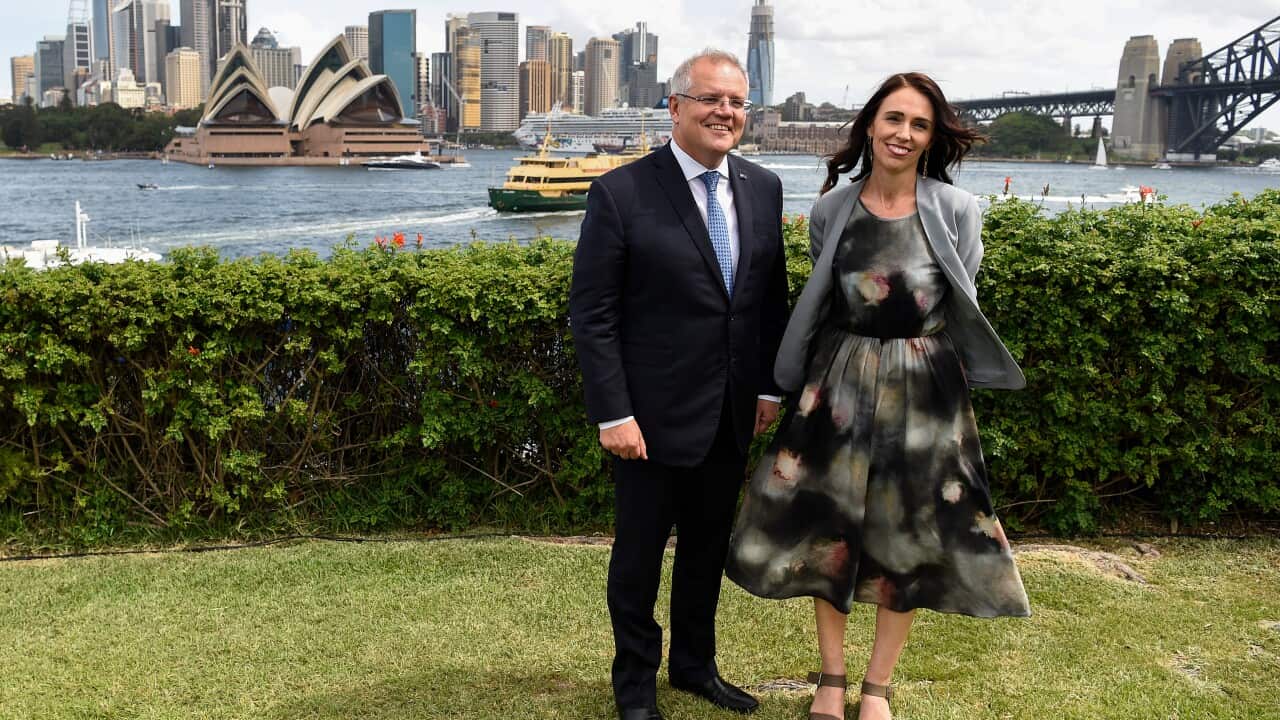 A relaxing holiday across the ditch likely sounds pretty good right now after weeks at home with any international travel plans thrown out the window.

Not only would such an arrangement provide a much-needed boost to tourism industries hit hard by the coronavirus pandemic, it would also provide families spread across the Tasman a chance to reconnect before wider travel bans are lifted.

While Trade Minister Simon Birmingham has previously suggested that Australia’s borders could remain closed into 2021, New Zealand could be an exception.

This is possible as both Australia and New Zealand appear to have controlled their COVID-19 outbreaks, with no new cases reported in New Zealand on Monday and consistently low new case numbers in Australia.

If realised, the safe travel zone would be an Australian and New Zealand first. But how would it actually work?

Would travellers need to quarantine?

On 20 March, Australia’s borders were closed to everyone but citizens, permanent residents and their close family members, putting a pause on tourism while the COVID-19 crisis moved across the globe.

At the same time, permanent residents and citizens were forced into mandatory isolation for 14-days on their return to Australia.

While many of the details of how the trans-Tasman bubble will operate have not been released, in a press conference following her participation in the national cabinet meeting on Tuesday, Ms Ardern was clear that a “prohibitive” quarantine period would not be part of the plans.

“The whole purpose of us discussing the possibility of having a bubble of sorts between us, a safe zone of travel, would be so that you wouldn't have to have a quarantine attached,” she said.

“People wouldn't travel if they had to stay on either side in quarantine for a two-week period and have to do the same when you return.”

What precautions will be taken?

Any travel is unlikely to happen any time soon due to the need for health measures to be introduced first, Ms Ardern has said.

While no details have been provided on what these health measures would look like, executive director of the Australian Tourism Industry Council, Simon Westaway, told SBS News health screenings on top of usual customs and immigration checks would be required to ensure people feel safe travelling.

“What you do need to have in place is the same [health screening] arrangements on both sides of the Tasman,” he said.

“And it’s not just from the practicality point of view of not allowing community transmission of COVID-19 through the recommitment of flights, it’s also important for that assurance and the confidence for people to be able to start to travel.”

When will travel start?

It is still likely to be several months before the first tourists cross the ditch.

Prime Minister Scott Morrison said on Tuesday that a safe travel zone was still "some time away", but said it was important to discuss as part of the "road back" to normality.

"At some point, both Australia and New Zealand will start to connect with the rest of the world again, and the most obvious place for that to start is between the two countries," he said.

"We could see that happening but not something about to happen next week."

Mr Westaway said that the tourism industry, particularly airlines and airports, would need a “realistic timeline” and a direct line to their respective governments so they can “get on with the job” with restarting flights and airport services.

The discussion about streamlining aviation services between the neighbouring countries has been going on long before the pandemic, according to aviation expert Peter Harbison.

“It could be a big thing for both of us,” he said.

Meanwhile,
Qantas on Tuesday said they would extend the suspension of its domestic and trans-Tasman flights
until the end of June, and international flights until July, but flagged some capacity could be returned if travel restrictions were eased.

In Australia, travel restrictions also still exist between some states and territories, making an international agreement unlikely while they remain in place.

As of Tuesday afternoon, Western Australia, Tasmania, Queensland the Northern Territory still require domestic travellers to quarantine for 14 days upon entering the state unless deemed an essential worker.

Asked about this, Ms Ardern said the lifting of these bans was “ultimately issues for Australia”. Hours later, Mr Morrison also said a travel agreement with New Zealand would only be introduced when Australians can "travel from Melbourne to Cairns".

Should the Pacific Islands be included?

New Zealand is one of Australia’s largest tourism sources, second only to China, with 1.4 million Kiwis travelling across the Tasman each year.

But questions have also been raised about whether the “bubble” should be expanded to include some, or all, of the Pacific Island nations located on Australia’s doorstep.

The argument in favour of including Pacific nations notes that many have not recorded any cases of coronavirus and their economies rely heavily on tourism to survive.

There are fears, however, that opening up these vulnerable countries to Australian and New Zealand travellers could end up introducing COVID-19 to the islands, where health systems would struggle to carry the burden.

Last week, the head of Tonga’s Ministry of Health, one of few countries where COVID-19 has not been reported, said the country was not ready to reopen its borders.

“We have to make sure that no coronavirus will be transferred,” Dr Siale 'Akau'ola said.

Ms Ardern has also said New Zealand was “focused on Australia” and any conversation about expanding the travel zone would have to be had directly with the relevant countries.

"There is a huge risk if COVID finds its way currently into Pacific Island nations that have been untouched by COVID, so I would want us to act cautiously and in unison with the leaders of those countries,” she said.

On whether the bubble should be expanded, Mr Westaway said the trans-Tasman plan was the most “sustainable” option.

“You’ve got a strong national carrier in New Zealand on one side of the ditch, you’ve got the Qantas group on the other side, you’ve got airports that are well attuned to this on both sides of the Tasman, which we believe would work very hard to get this up and running,” he said.

“Getting it established on the trans-Tasman first as a commercial driver, and the net benefit to both Australia and New Zealand, but then clearly some of the South Pacific nations could come in on this and the lessons learned.”