Huawei to argue its worth in 5G network

Telecommunications giant Huawei still hopes it can be part of Australia's 5G network and says it plans to convince the government to overturn its ban. 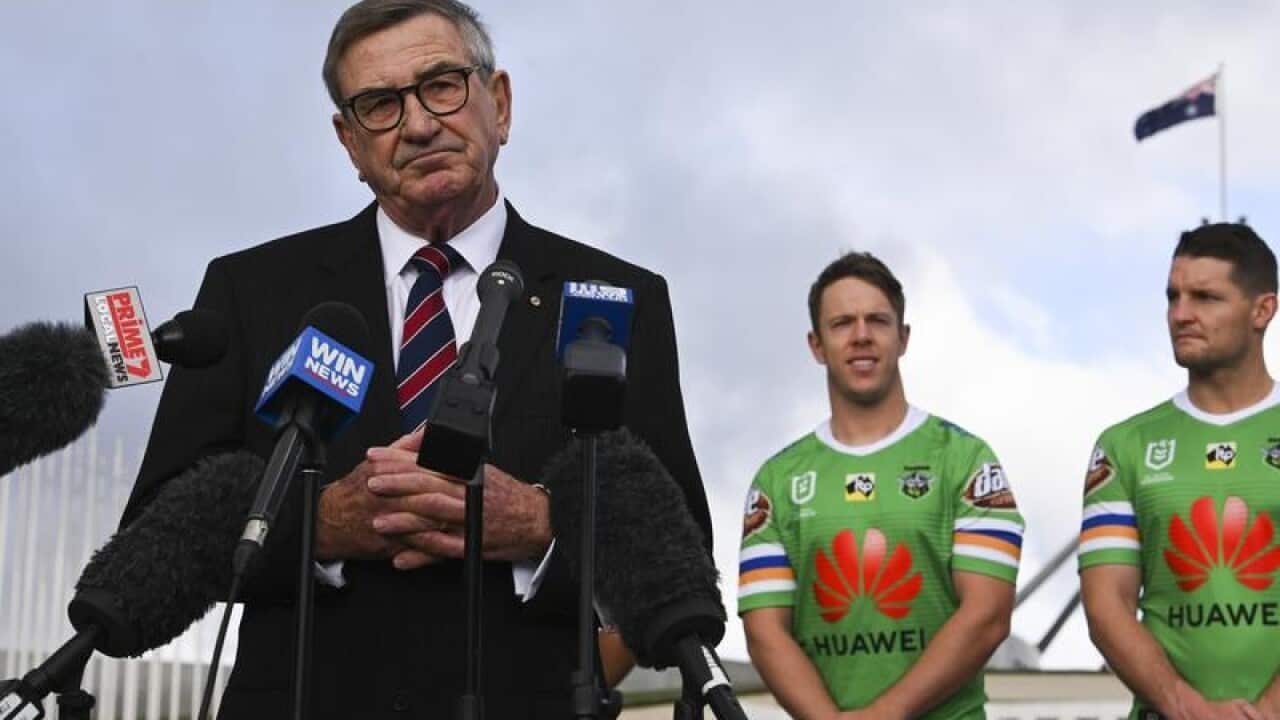 Huawei extends Canberra Raiders sponsorship as it continues lobbying for a role in the 5G rollout. (AAP)

Controversial technology company Huawei still holds hope of being part of Australia's 5G network, and plans to convince the federal government to tear up its ban.

The Chinese telecommunications giant was in August banned from joining the rollout of Australia's 5G network due to security concerns.

But chairman of Huawei Australia John Lord hopes the company can be part of the rollout in coming years, with the full network expected to take five to 10 years to build.

Advertisement
"But that's a decision for national government and it's up to us to keep showing the government the advantages of including Huawei in the 5G network," he told reporters in Canberra on Thursday.

"To us, the big advantage is competition. The three biggest players need to be in the game."

Communications Minister Paul Fletcher has brushed off concerns that excluding Huawei from 5G will lead to more expensive and lower quality technology.

Mr Lord says while Mr Fletcher is entitled to his opinion, he disagrees.

"We would argue that more competitors in the game, and the leading technology provider in the game, increases the pressure - you get a better price and you get the best technology," he said.

The company has announced a two-year extension to their sponsorship agreement with NRL side the Canberra Raiders, until at least the end of the 2021 season.

Huawei is also helping in the construction of the team's new Canberra headquarters, fitting it out with communications technology including wifi, drones and wireless networks.

Mr Lord says Huawei's future in Australia remains strong even if it's kept out of the 5G network, with the company raking in $650 million last year.

More than half of Australians use the telecommunication giant's 4G network.