Almost one million temporary visa holders in Australia and more than 10,000 refugees stuck offshore remain in limbo because of the government’s international travel restrictions. 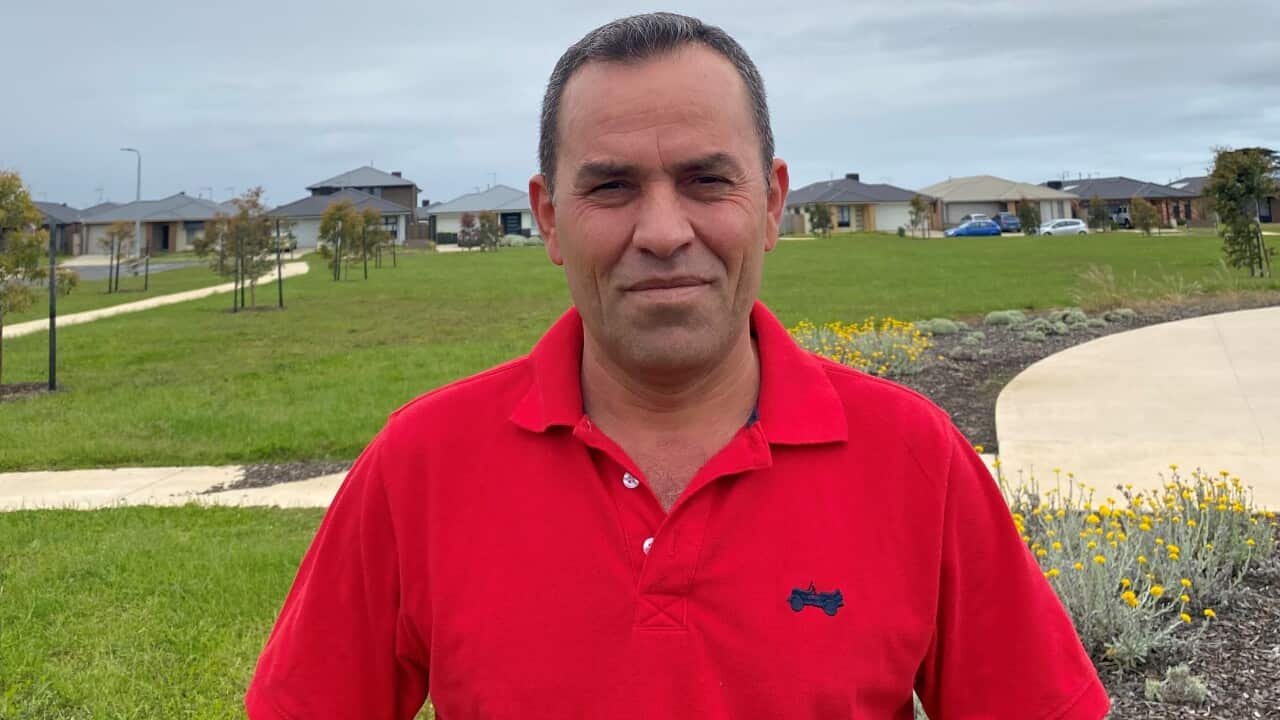 Human rights lawyers have demanded the federal government outline when strict rules on international travel will be eased for temporary visa holders and refugees seeking to enter Australia.

The nation's travel ban was lifted for Australian citizens, permanent residents and their immediate family members at the start of November, but the restrictions have continued to apply to other visa holders.

The Human Rights Law Centre (HRLC) has said the government’s refusal to detail a plan for lifting travel restrictions means these groups continue to face uncertainty.

The group has shared their concerns in a report released on Wednesday titled Still left behind - stranded refugees and residents on temporary visas must be part of Australia’s reopening plan.

Former refugee Mukhles Habash is among those anxiously waiting for when the rules will change to bring down the walls of fortress Australia.

He and his family were forced to flee Iraq in 2014 when IS swept into the heavily Christian Iraqi city of Qaraqosh.

They came to Australia as refugees in 2016 and have now settled in the regional Victorian centre of Geelong.

But Mr Habash said other family members remain stranded abroad and despite being granted humanitarian visas, they have been blocked from coming to Australia.

“It’s very hard for people like refugees because they feel they are left behind [that] nobody cares for them,” he told SBS News.

“There are many families who are in a hard situation, they are being persecuted, they are in hardship.”

During the pandemic, people without citizenship or permanent residency have been banned from entering the country unless they had been granted an exemption from the Australian Border Force.

The personal cost of this policy has seen many temporary visa holders in Australia now facing being separated from loved ones abroad for more than 18 months.

Refugees on humanitarian visas have also been required to secure an exemption to enter the country.

The federal government’s national plan had foreshadowed an incremental increase to the entry of temporary visa holders and refugees, once an 80 per cent vaccination threshold had been reached.

But the HRLC says a week after the target was achieved there has been no update for those desperately awaiting an announcement on the pathway forward.

“We’re calling for a fair inclusive plan that allows everyone to reconnect with their loved ones,” he told SBS News.

“You have got a considerable proportion of the Australian community with no certainty about when these restrictions will ease for them.”

This month also saw quarantine caps lifted for fully vaccinated Australian citizens and permanent residents into Victoria and New South Wales, allowing free travel in and out of the country.

“Currently, the process of getting an exemption is difficult and complex. Many families have already spent ... months separated from their loved ones.”

Temporary visa holders caught offshore when the travel ban was enforced have also faced being unable to enter the country without an exemption.

Ashish - who requested his last name be withheld -  is a temporary visa holder who has been forced to wait out the pandemic in India since March last year, and is unable to return to his partner in Melbourne - where he had been living.

He said his repeated attempts to gain an exemption to travel to Australia had been rejected.

“Temporary residents have lives - they pay taxes - they have families,” he told SBS News.

“There should be a fair go for everyone - give us a chance to travel to Australia.”

In a statement, Minister for Home Affairs Karen Andrews said temporary visa holders could be assured the government is working on the issue "as a priority."

“Since 1 November, we’ve been safely welcoming Australians and their immediate family back to Australia in greater numbers, and I look forward to restrictions easing further for other cohorts very soon," she said.

Ashish (R) has been unable to reunite with his partner Justin in Melbourne since March last year. Source: Supplied

The travel restrictions have also led to the Australian government scaling back its refugee intake.

As of July, the number of arrivals under the humanitarian pathway to Australia had slowed to just 708 refugees since March last year.

This compares to around 1,000 refugees who would generally be settled in Australia each month, according to the Human Rights Law Centre.

More than 3,000 offshore humanitarian visa holders were not granted a travel exemption during 2020-21 with the entry requests placed on hold.

Approximately 8,000 from previous years are also waiting to come to Australia.

Mr Habash has called on the Australian government to prioritise the intake of refugees once travel recommences.

“Those people need your attention - they have nothing but the Australian government to give them that hope,” he said.