Hundreds of Australians have marched against the Abbott government's plan to repeal Section 18C of the Racial Discrimination Act. 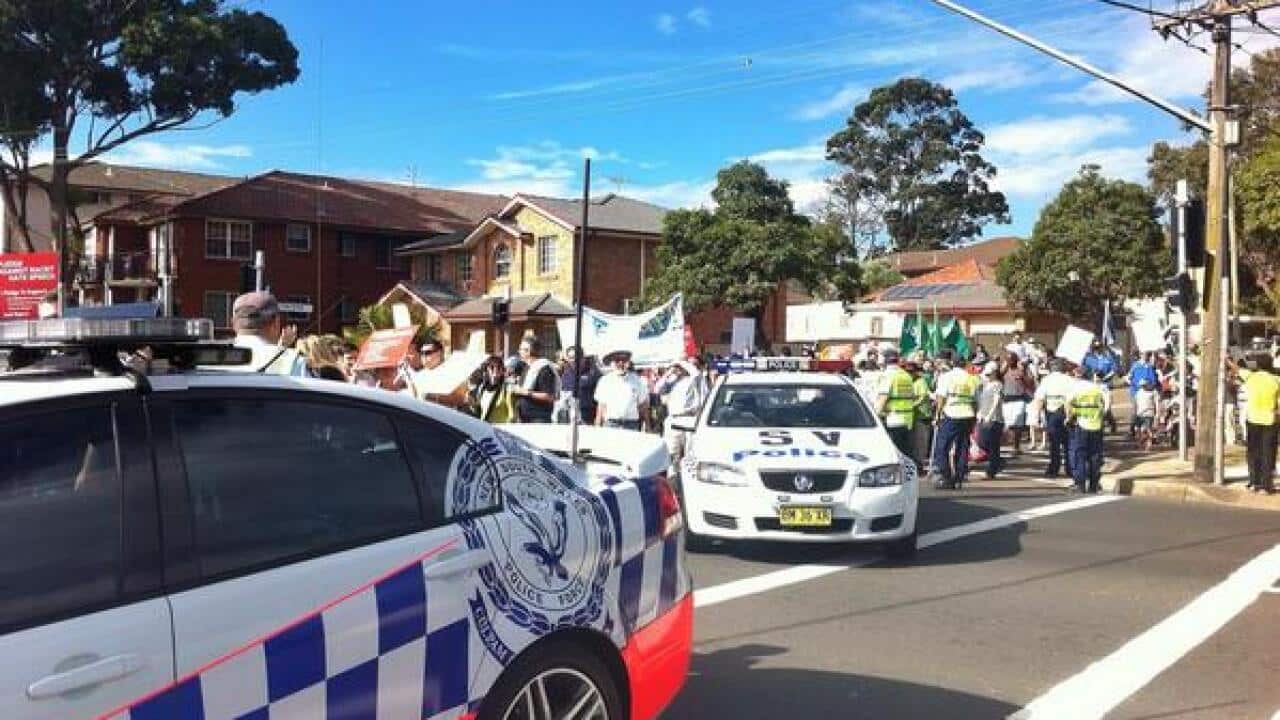 About 500 protesters opposed to the changes brought a Sydney high street to a standstill.

The protesters, of different ethnic backgrounds and ages, marched together along Lakemba's Haldon Street in Sydney's southwest, holding banners condemning changes to the Racial Discrimination Act.

The proposed changes, announced by Attorney-General George Brandis in March, would see the stipulations in Section 18C replaced with provisions outlawing racial vilification and intimidation.

Advertisement
The march, organised by Labor, began with an Aboriginal smoking ceremony before being led off by a Chinese dance troupe and drummers, with hundreds of locals filing in behind.

The drums fell silent briefly as the march passed Lakemba Uniting Church, where a service was being held.

"We are here to encourage respect in all its forms," Sheikh Yahya Safi, Imam of Lakemba mosque, told AAP.

Attorney-General George Brandis launched the government's draft repeal proposals earlier this year, saying: "I have always said that freedom of speech and the need to protect people from racial vilification are not inconsistent objectives.

"Laws which are designed to prohibit racial vilification should not be used as a vehicle to attack legitimate freedoms of speech."

Political commentator Andrew Bolt is among those to have fallen foul of 18C after he wrote a column questioning the motives of lighter-skinned Aboriginal people.

Labor negotiates with cross-bench senators to block repeal of 18c

Meanwhile, Labor says it has begun negotiating with cross-bench senators and is confident it can get the numbers to block the proposed reform of racial discrimination laws.

The government has said removing section 18C - a 2013 election promise - would restore freedom of speech laws to their full power, with other existing legislation capable of tackling racial vilification.

Shadow Attorney-General Mark Dreyfus said on Sunday Labor has been negotiating with sitting and incoming senators about blocking the proposals, which have not yet been tabled in parliament.

"They've been very fruitful discussions and I'd be hopeful that in the new Senate, changes to 18C will be blocked," Mr Dreyfus told AAP.

"We don't yet know if the Abbott government are going to proceed with it - they should actually abandon what they're doing.

"But if they go forward, I'm hopeful it'll be blocked in the new Senate."