In the first in-depth technical briefing on the discovery, researchers have called on authorities to release school records to help them identify the victims. 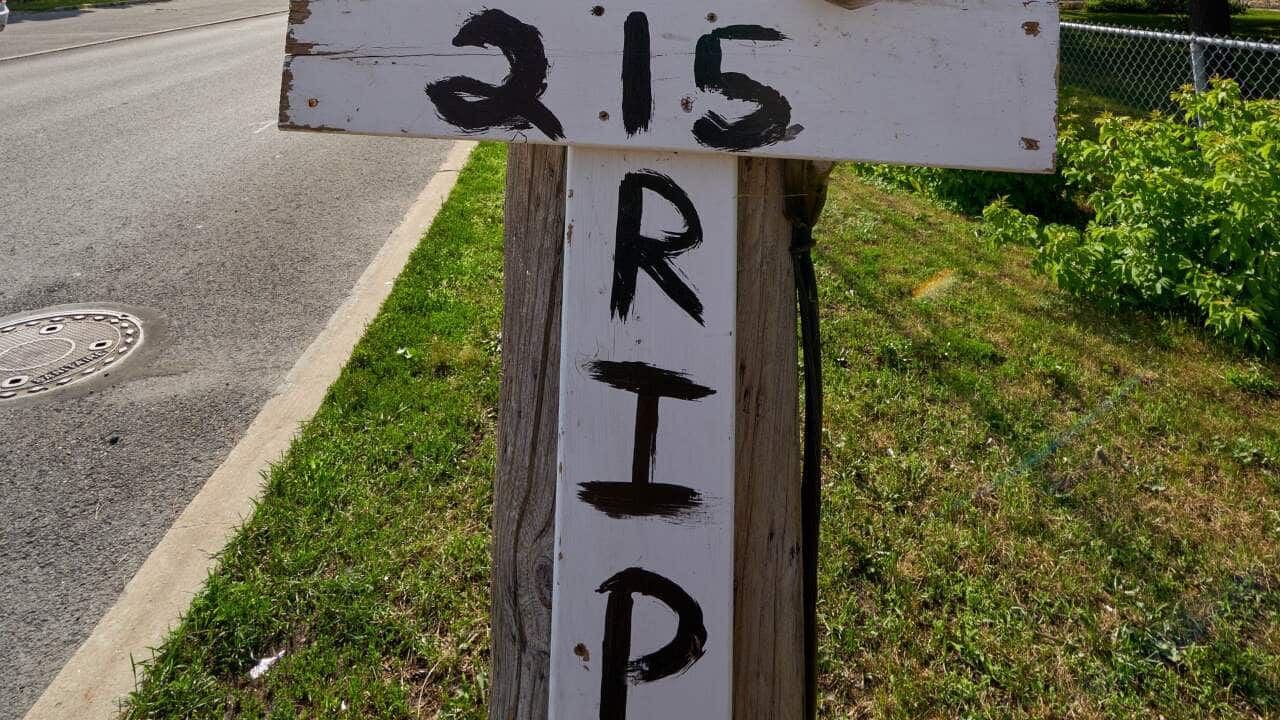 The gravesite includes the bodies of children as young as three years old. Source: EPA

A juvenile rib, a tooth and survivors' testimony that children were dragged from their beds in the middle of the night to dig graves in an apple orchard gave clues on where to conduct the radar search that found unmarked graves of children at a former Canadian residential school, researchers said on Thursday.

Sarah Beaulieu, a specialist in ground-penetrating radar from the University of the Fraser Valley, conducted searches in May on the site of the former Kamloops Indian Residential School in British Columbia. They led to the discovery of 215 suspected unmarked graves of children, some believed to be as young as three, sparking a public uproar.

Ms Beaulieu said her search covered nearly a hectare of a 65-hectare site.

Advertisement
"This investigation has barely scratched the surface," she told reporters in the first in-depth technical briefing on the discovery.

The suspected graves are relatively shallow - between 0.7 and 0.8 metres below the surface - in line with reports that children were forced to dig them, Ms Beaulieu said.

Starting in 1831 and as recently as 1996, Canada's residential school system forcibly separated Indigenous children from their families, subjecting them to malnourishment and physical and sexual abuse in what the country's Truth and Reconciliation Commission in 2015 called "cultural genocide".

Survivors who spoke with Reuters recalled perpetual hunger and haunting loneliness, with schools run under the threat and frequent use of force.

Tk’emlúps te Secwépemc Chief Rosanne Casimir, who revealed the discovery in May, on Thursday reiterated a call for the Canadian government and the Roman Catholic Oblates of Mary Immaculate, which ran the school, to release records that will enable the First Nation to identify the remains.

The Oblates of Mary Immaculate has told Reuters it provided all records except its Codex Historicus, or daily record, which it is digitising, and personnel records, on which it is seeking legal guidance.

Ms Beaulieu said the news of children who died at abusive, assimilationist institutions run by churches on the Canadian government's behalf was not new and was known for generations.

Once Canada's largest residential school, the Kamloops school operated from 1890 to 1978 and at one time had as many as 500 students.

The discovery of the graves rocked Canada, prompting searches elsewhere and forcing Canadians to confront their country's genocidal treatment of Indigenous peoples.

Since then, similar discoveries have been announced at Cowessess First Nation in Saskatchewan and near Cranbrook, British Columbia, among other locations.

While the Canadian government and some Canadian bishops have apologised, no pope has, despite the significant role the Catholic Church played in the largely church-run schools.