Peter Dutton claims Christian Porter is combing through the ACT's new cannabis laws, after the attorney-general said it was a matter for the nation's capital. 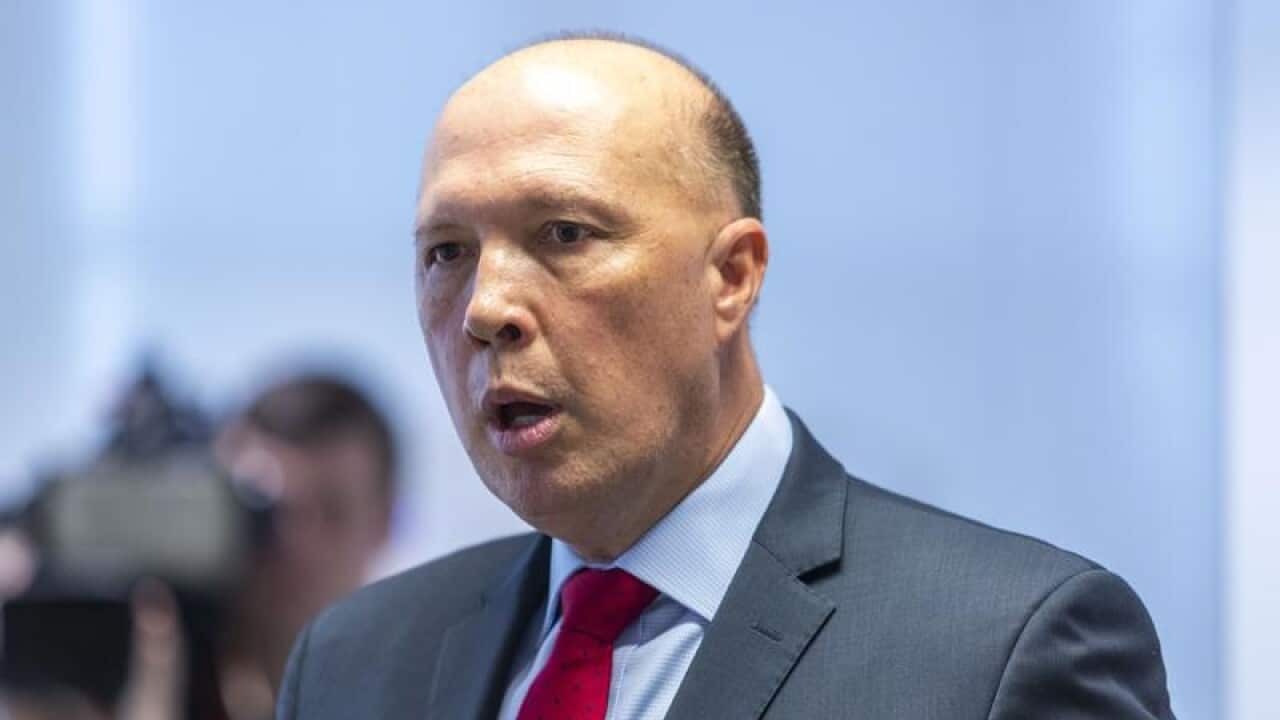 The federal government is considering challenging ACT laws legalising the recreational use of cannabis.

"I think it might be trendy for the ACT government to go down this path, and they'll say they're enlightened and progressive and all the rest of it," Mr Dutton told 2GB radio on Thursday.

Advertisement
"But I think it's dangerous.

"Christian Porter is having a look at it at the moment."

READ MORE
Possession, growing of cannabis given the green light in Canberra

Mr Porter, the federal attorney-general, previously indicated the Commonwealth was not weighing a legal challenge.

"This is a matter for the ACT, but where Commonwealth laws apply they remain enforceable," he told AAP on Wednesday.

The laws allow residents over 18 to possess up to 50 grams and grow two plants.

Under existing laws, people with up to 50 grams or two plants for personal use face fines.

If paid within 60 days, it won't appear on someone's criminal record.

ACT's chief minister has shrugged off concerns Canberrans will be targeted by federal prosecutors when the new scheme comes into effect next January.

The territory's police have been balancing the overlap with Commonwealth for nearly three decades, Andrew Barr says.

"Does anyone seriously think the Commonwealth DPP (Director of Public Prosecutions) is going to spend all of their time, or a considerable amount of their time, prosecuting individuals in the ACT for the possession of less than 50 grams of cannabis?" he told ABC's Radio National on Thursday.

"It's one thing for police to arrest someone, it's another thing to successfully prosecute someone."

The existence of the ACT legislation is a defence if people are charged under commonwealth laws, Mr Barr says.

"My advice to everyone, is that this is an evolution not a revolution," he said.

Mr Hanson is concerned it will lead to more drug driving and doesn't believe the laws are enough of a deterrent.

But he doesn't expect the federal government to test the overlap in the courts.

"The reality is we had a pretty good regime up until yesterday, it's not like people were being thrown into jail for cannabis use holus-bolus."