'I was in disbelief': Student speaks up after Apple store incident

One of the students at the centre of an apparent racist discriminatory incident at a Melbourne Apple store says he was in disbelief when the group was told to leave a store because staff were worried they "might steal something". 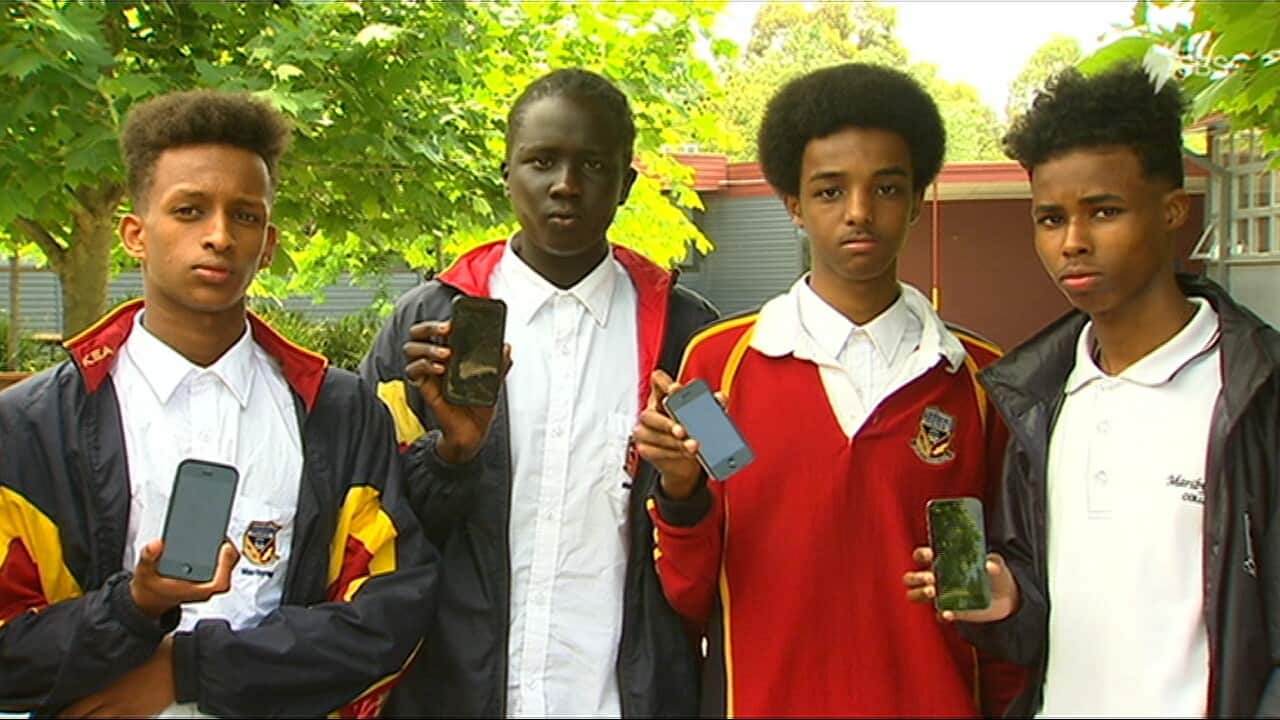 One of the African students turned away from a Melbourne Apple store because a staff member was afraid he and his friends "might steal something" has told SBS News he wants a formal apology from the company.

A video posted on Facebook and Twitter on Tuesday night showed the staff member telling the boys, who were wearing Maribyrnong College uniforms, "we're just a bit worried about your presence in our store".

"We're just worried you might steal something," the staff member said.

Advertisement
"Why would we steal something?" one of the boys asked.

The staff member did not address the boy's question, saying, "End of discussion, I need to ask you to leave our store".

One of the boys, Abdulahi Haji Ali, told SBS the group was shocked to be asked to leave.

"Once the incident happened I was in shock, I was in disbelief,” he said. "I didn't believe the employee said that, I thought I was day dreaming."

The principal of Maribyrnong College, Nick Scott, later accompanied the boys back to the store to seek an apology for their treatment. He told SBS News the store manager responded to them favourably and told them they were welcome any time.

Abdulahi told SBS News the incident hadn’t changed his opinion of the company.

"It was just one employee and we shouldn't blame the all company just for one employee's mistake".

"I didn't believe the employee said that, I thought I was day dreaming."

But he wanted Apple to give the group a formal apology.

An Apple spokeswoman provided the following statement to SBS in relation to the incident:

“Inclusion and diversity are among Apple’s core values. We believe in equality for everyone, regardless of race, age, gender, gender identity, ethnicity, religion or sexual orientation. That applies throughout our company, around the world with no exceptions. We’ve looked into the details of the situation and we apologise to the customers involved. We will continue to do everything in our power to ensure all our customers are treated the way they should be.”

Since the video was published, there has been a huge amount of support for the boys on social media and condemnation for the conduct of the Apple staff involved.

Mr Scott said he wasn’t surprised the boys had filmed the incident and commended their actions.

“In speaking to the boys, it’s clear to me they’ve experienced this kind of thing before,” he said. “They know it for what it is and they certainly felt they wanted to record this incident and I congratulate them for it.”